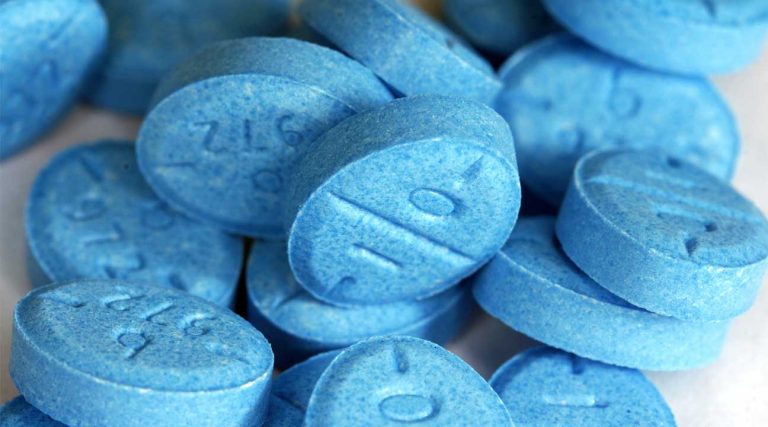 Many people think of Adderall as a harmless prescription drug. However, when it’s not used exactly as prescribed, it can lead to addiction.

Those who struggle with Adderall abuse face a number of health risks, including overdose. That’s why it’s important to seek help at an addiction treatment program.

Adderall is a drug that contains a mixture of two central nervous system stimulants: amphetamine and dextroamphetamine.

These stimulants increase the activity of dopamine and norepinephrine, which are chemicals in the brain called neurotransmitters. Dopamine influences memory, motivation, and attention, while norepinephrine improves concentration and energy.

Side Effects Of Adderall

Like all prescription medications, Adderall comes with some side effects.

The most common Adderall side effects include:

Learn more about the Long-Term Effects Of Adderall

Prescription Use Of Adderall

Because Adderall can improve your ability to pay attention and control your behavior, doctors often use it to treat attention deficit hyperactivity disorder (ADHD). This mental health condition makes it difficult to concentrate and resist impulses.

Adderall is also prescribed for people with narcolepsy, a sleep disorder that causes drowsiness throughout the day. The stimulating effects of Adderall can help keep patients awake.

When prescribing Adderall to treat ADHD or narcolepsy, doctors tell patients exactly how much to take, when to take it, and how long to take it for.

They will also schedule regular follow-up appointments to ensure the medication is working properly and determine whether the patient still needs it. This monitoring is essential because Adderall is a schedule II controlled substance, which means it has a high risk of being abused.

Adderall abuse occurs when you take the medication more frequently than prescribed, at a higher dose than prescribed, or without a prescription. In addition, some individuals abuse Adderall by snorting the pills to feel the effects more quickly and intensely.

In most cases, people abuse Aderrall to feel more focused, motivated, and confident.

This form of drug abuse is particularly common among:

Over time, Adderall misuse can cause you to develop a tolerance. That means you’d need higher and higher doses of the drug to feel the same effects you once felt at a lower dose. At this point, you would probably be diagnosed with Adderall addiction.

The most common signs of Adderall abuse and addiction include:

Adderall overdose can occur when you take more of the drug than your doctor prescribed, take it without a prescription, or mix it with other substances, such as alcohol.

Common signs of overdose include:

If you or a loved experiences the above symptoms, call 911 or seek emergency medical care immediately. An Adderall overdose can lead to a heart attack or even death.

Even if you have a prescription for Adderall, suddenly quitting the medication can cause withdrawal symptoms, especially if you’ve been using it for a long time or at high doses.

Whether you have a prescription or not, talk to a health care provider before stopping the drug. They will help you lower the dose gradually to reduce the chance of withdrawal symptoms, which may include:

It’s not easy to recover from Adderall addiction by yourself. Instead, seek help from an addiction treatment center.

No matter which option you choose, a team of professionals will likely help you:

If you or a loved one struggles with Adderall abuse, contact an Ark Behavioral Health specialist to learn more about our comprehensive treatment options.

How Long Does Adderall Stay In Your System?

Adderall can be detected in your system for 3 days up to a month after your last dose.

Urine drug tests are the most common form of testing for Adderall, and they can detect the drug from 3 hours to 3 days after use. Hair tests are uncommon, but may detect Adderall a month or so after you stop taking it.

What Is An Adderall Crash?

An Adderall crash is when the drug’s effects begin to wear off. During a crash, you may experience anxiety and depression, as well as crave more Adderall. As the crash continues, insomnia sets in along with intense hunger and thirst.

The stimulant prescription drug Adderall is smokable. Smoking Adderall can cause lung damage and issues with your heart and blood pressure due to the extra stress on the body.

Smoking Adderall quickly builds up your tolerance to the drug and can lead to repeated drug use or addiction.

Does Adderall Cause Weight Loss?

The prescription stimulant Adderall has a wide-range of side effects, including weight loss and decreased appetite. However, the medication is used to help people with ADHD and narcolepsy. It should not be taken without a prescription to lose weight.

Yes. “Speed” is a street name for amphetamines, a group of drugs that includes both Adderall and methamphetamine (meth). These drugs speed up your central nervous system, making you feel more energized, alert, and confident. They also pose a high risk of abuse and addiction.

However, while Adderall and meth are similar, meth is much more powerful and dangerous.

To learn more, read Is Adderall Like Speed Or Meth?

The appearance of Adderall depends on the dosage, manufacturer, and whether the drug is immediate-release or extended-release. Common forms of Adderall include:

To learn more, read What Does Adderall Look Like?

What Is Adderall’s Street Value?

On the street, Adderall usually costs about $3 to $15 per pill. The exact price depends on factors like dosage and location.

Is It Safe To Inject Adderall?

Adderall is a prescription medication available in pills and capsules. In order to inject this drug, it must first be modified and converted into liquid form.

Can You Parachute Adderall?

Parachuting Adderall involves taking Adderall and pulverizing it into a fine power to be more quickly absorbed in the digestive tract.

This powder is then wrapped in a small tissue or toilet paper pouch to be swallowed, allowing individuals to avoid the unpleasant taste of the medication.

Can You Booty Bump Adderall?

Legally, you cannot  “booty bump,” “keister,” or “plug” Adderall. Rectal use of Adderall can put you at an increased risk of infections, dependence, overdosing, and other side effects. Plugging Adderall is sometimes a sign of chronic substance abuse.

Does Adderall Cause Psychosis Or Paranoia?

Is Adderall A Controlled Substance?

Adderall is considered a schedule II controlled substance according to the United States Drug Enforcement Administration (DEA) and the Controlled Substance Act. Because it belongs to the schedule II drug class, Adderall has a high potential for abuse.

Learn more about Adderall As A Controlled Substance

What Is Adderall Tolerance?

Adderall tolerance occurs when a person’s body adapts to Adderall use or misuse over time, reducing the drug’s effectiveness.

Tolerance likely progresses faster in cases of drug abuse, and occurs alongside the development of physical dependence and, potentially, Adderall addiction.

Yes. Fake Adderall often contains fentanyl and methamphetamine. Both of these drugs are extremely addictive. They also pose a high risk of deadly overdose. To avoid these dangers, only use Adderall that’s prescribed to you by a doctor.