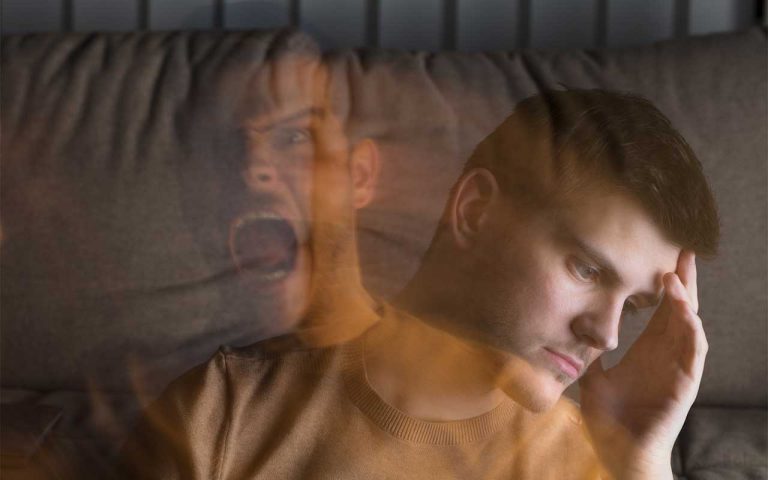 Bipolar disorder is a serious mood disorder that affects thinking, mood, and energy. Some studies show that almost half of bipolar patients also suffer from a form of substance use disorder (SUD).

Left untreated, a co-occurring case of bipolar disorder and alcohol or drug addiction can cause lasting health effects. Serious mental health problems, including suicidal behavior, are more commonly seen in patients suffering from both conditions at once.

Differences in comorbidity (co-occurring health conditions) between bipolar I and bipolar II may have different causes. Bipolar I disorder is often a more severe mental illness than bipolar II, and hospitalizations can be frequent.

As a result, bipolar I patients may be more likely to turn to more extreme coping methods compared to bipolar II patients.

Comorbid bipolar disorder and drug addiction can be hard to spot. Symptoms can vary depending on the type of substance taken. They may also be similar to other mental health conditions.

Taking substances may be a way to manage mood swings, maintain energy levels, or simply escape from the mental toll of a manic or hypomanic episode. In the long-term, substances may only make these issues worse.

Symptoms of both bipolar disorder and addiction can include:

Suicide attempts and other forms of suicidal behavior are more common in patients struggling with co-occurring disorders.

Having a bipolar disorder is one factor that can put you at increased risk of drug abuse and addiction. Other factors can increase your chances of developing both mental health conditions.

Not everyone with bipolar disorder has the means to handle their mental health properly. In these situations, one may turn to illicit drugs or alcohol to self-medicate themselves, or to better manage their symptoms.

Taking drugs or alcohol to cope can lead to a substance use disorder and addiction.

Victims of traumatic, difficult, or stress-inducing incidents may have a higher risk of substance abuse. This may be especially true for trauma and stress during childhood, where there is usually an emphasis placed on proper development.

The same stress-inducing environments have also been linked to more frequent bipolar episodes later on in life.

Differences in genetics can affect how your brain chemistry works. This includes how the brain works normally, and how it responds to substances or stressful situations.

Some people may have a higher risk for mental health disorders, substance abuse, and addiction due to their brain chemistry. Stressors and trauma can add to these risks.

Treatments that can help with one disorder may not treat both at the same time. Lithium, a common treatment for bipolar disorder, may not be as effective for both bipolar disorder and chronic drug use. Healthcare providers or clinicians you talk to may recommend other options.

The goal of IPSRT is to help bipolar patients understand and stabilize their mental health. This may include setting up and following daily routines, as well as understanding how mood episodes may affect their relationships. Patients may be closely monitored and given interventions if necessary.

There is evidence that treating symptoms of psychosis can lead to a reduced risk of substance abuse. IPSRT may be an effective treatment for patients struggling with both mental health disorders at the same time.

Different medications have been tested for the specific combination of bipolar disorder and drug addiction. Antipsychotics such as aripiprazole (Abilify) and quetiapine (Seroquel) may reduce drug cravings, while effectively treating psychotic disorders like bipolar disorder.

Other medications that have been researched for this purpose include anticonvulsants and antidepressants. Some studies have linked these substances to a lower amount of money spent on illegal drugs, and a longer amount of time spent off of them.

The effectiveness of medications may depend on whether a bipolar patient is entering a manic episode or depressive episode, as well as other factors. Further research may be needed to know how effective these substances are at treating co-occurring disorders.

Finding a dedicated treatment center can help you manage your mental health. You can access both inpatient and outpatient treatment programs where medical professionals can properly diagnose and treat your symptoms.

To find the best treatment available for yourself or your loved one, talk to your healthcare provider or contact us today.

Although bipolar disorder is more likely to co-occur with alcohol use and cannabis use disorders, cocaine addiction is the next in line for a dual diagnosis.

Learn more about Bipolar Disorder and Cocaine Use

Is There A Link Between Bipolar Disorder & Meth Use?

Meth use can make bipolar symptoms worse and bipolar disorder can often hide behind the effects of meth use, making it hard to diagnose and treat both conditions.

Is Bipolar Disorder & Alcohol Use Disorder A Common Dual Diagnosis?

Learn more about Alcohol Use Disorder and Bipolar Disorder

Mayo Clinic - Bipolar disorder and alcoholism: Are they related? - Mayo Clinic​​​
National Institute of Mental Health - Bipolar Disorder
PubMed Central - BIPOLAR DISORDER AND SUBSTANCE ABUSE: PATHOLOGICAL AND THERAPEUTIC IMPLICATIONS OF THEIR COMORBIDITY AND CROSS SENSITIZATION
PubMed Central - Integrated Treatment of Substance Use and Psychiatric Disorders
PubMed Central - The prevalence and significance of substance use disorders in bipolar type I and II disorder