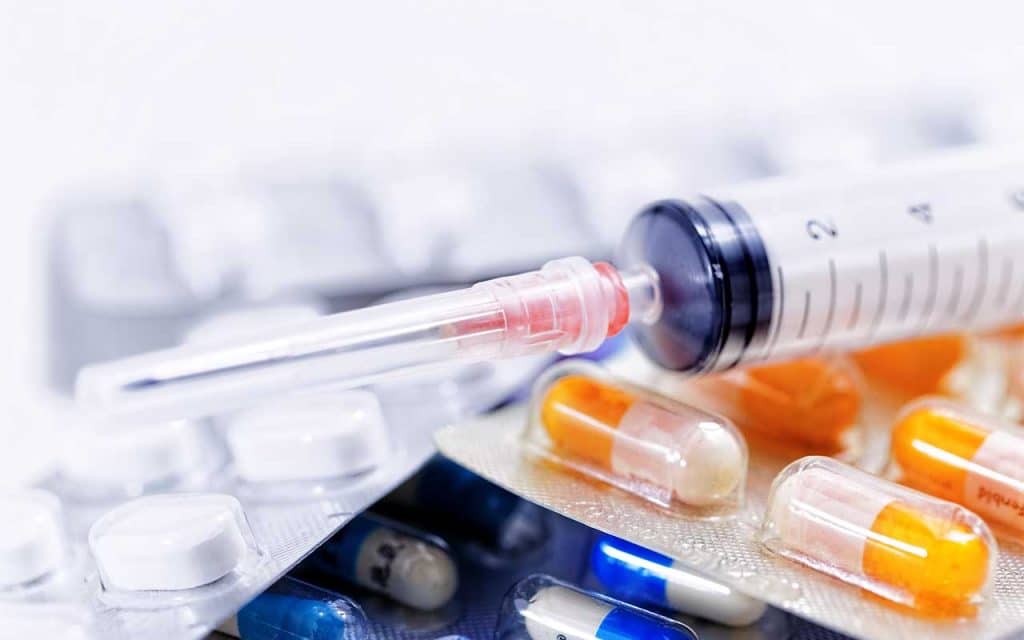 Adderall, a brand-name medication containing dextroamphetamine and amphetamine, can be abused in several ways, including injection.

However, modifying drugs for injection abuse is hazardous and can cause lasting physical harm and heighten the risk of dependence and addiction.

Adderall is available in an immediate-release tablet (Adderall) and an extended-release capsule (Adderall XR) that provides longer-lasting effects.

In either case, this controlled substance is typically prescribed to treat attention deficit hyperactivity disorder (ADHD) and sleep disorders such as narcolepsy.

In higher doses, however, the drug can be abused to improve concentration and energy, suppress appetite, or induce a euphoric stimulant high similar to methamphetamine.

Because tablets and capsules need to be broken down in the digestive system before they can be absorbed into the bloodstream, these medications are sometimes crushed into a fine powder, mixed with water, filtered, and injected directly into a vein.

This process of shooting up Adderall delivers the full dose of the drug directly into the bloodstream, greatly speeding and intensifying its effect.

Short-term effects of Adderall abuse include:

When injected, these effects begin almost immediately but only last several minutes, often prompting individuals to take another hit.

Long-term Adderall abuse is known to cause a variety of harmful side effects including:

Injecting Adderall or other pill-based medications exposes you to a number of severe health risks, including:

The majority of those who abuse drugs by injection develop scarring around injection sites, known as track marks. Track marks can be permanent, serving as a lifelong reminder of past drug abuse.

The process of physically injecting Adderall can damage or collapse veins and blood vessels, especially if injection sites become infected or if the injections are performed with poor technique. And the introduction of fillers and binders suspended in the solution only increases this risk.

As a result, the veins of the arms may become too scarred and damaged to use. This can prompt individuals to switch to other, risker injection sites in the neck or femoral veins.

Whenever needles, water, and filters are used (or re-used) for intravenous injection outside of a sterile medical environment, infections become extremely likely.

These can include extremely dangerous infections like HIV/AIDS, hepatitis B, and hepatitis C, as well as harmful skin and vein infections resulting in abscesses or open wounds around injection sites.

Injecting Adderall intravenously can cause endocarditis, or inflammation of the interior lining of the heart. This condition can lead to serious physical harm and is potentially life-threatening.

While overdosing on Adderall alone is unlikely, intravenous use can introduce such a large dose directly into the bloodstream that adverse reactions, including overdose, become much more likely.

Adverse effects, including Adderall overdose, are also more likely when Adderall abuse is mixed with recreational abuse of other drugs, including alcohol, or if Adderall is abused by someone with a heart condition.

If Adderall is used as prescribed there is a very low likelihood that you will become seriously dependent on the medication or addicted to it.

However, increasing the dose, taking it for longer periods of time than prescribed, or using it through injection increases the risk of dependence and the odds that your misuse of Adderall will become compulsive.

Adderall abuse is common and often impacts those who wouldn’t typically be suspected of abusing prescription drugs. If you or a loved one are abusing Adderall, professional and compassionate care is available to help.

At Ark Behavioral Health, your treatment program will be highly personalized and tailored to your needs, and can be conducted in either an inpatient or outpatient basis.