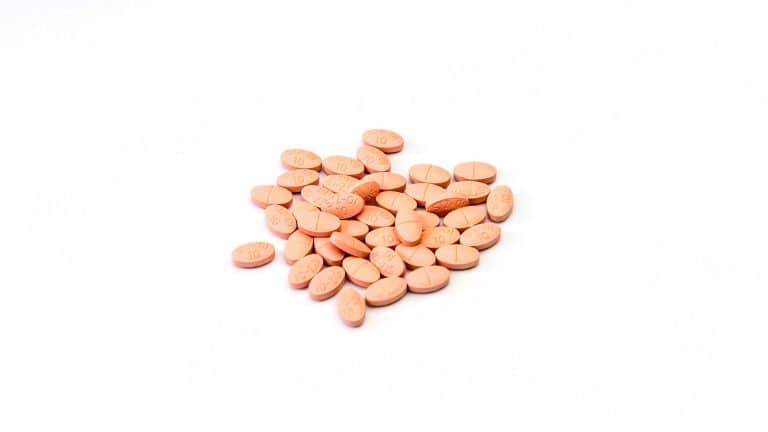 Serotonin is a hormone that regulates mood and increases feelings of wellbeing. SSRIs prevent the brain from reabsorbing serotonin, so there’s more of the hormone present to make you feel good.

Like most drugs, Celexa has the potential to be abused. There are some risks associated with taking Celexa, and you may experience side effects. It’s up to you and your healthcare provider to decide if the drug is best for your situation.

What Is Celexa (Citalopram) For?

The U.S. Food and Drug Administration (FDA) has approved Celexa to treat major depressive disorder (MDD). Though Celexa is an antidepressant medication, doctors may prescribe it off-label to treat other mental health disorders.

Celexa (or generic citalopram) may be used to treat:

“Off-label” means it hasn’t been approved by the FDA for these purposes, but it’s legal for your doctor to prescribe it if they believe it will help you. Several SSRIs are FDA-approved for anxiety and other mental issues. Your doctor may want you to try them first.

Celexa (citalopram) has a low potential for abuse. But like most drugs, you can still abuse it. Take it exactly as prescribed to lower your risk for complications.

If you take a drug more often, for longer, or in higher doses than prescribed, that’s drug abuse.

Increasing how much Celexa you use may make you feel better by allowing more serotonin in your brain. A higher dose or frequency can also cause adverse side effects, such as increased depression and anxiety.

Always check with your healthcare provider before altering your dosage of Celexa.

There are some risks associated with taking Celexa (citalopram). Your doctor should discuss these with you before prescribing the drug. All medications come with risks, so it’s important to weigh the benefits of treating your depression or anxiety against the potential complications.

Some people who take Celexa develop suicidal thoughts and tendencies. This issue is more common among children, teens, and young adults (under 24), but can occur in older adults as well. Most doctors avoid prescribing Celexa for children and adolescents.

Celexa can alter the electrical activity in your heart if you take a dose higher than 40 mg per day. You shouldn’t take it if you have long QT syndrome (a rare condition in which your heart pauses longer than usual between beats).

Long QT syndrome can cause rapid, irregular heart rhythm, fainting, seizures, and sudden death. Celexa causes QT prolongation (a longer gap between heartbeats), so it’s dangerous to use this drug if you have long QT syndrome.

Celexa can alter your behavior—and you should let your doctor know if it does. Some behavioral issues that can occur with Celexa include:

If you are pregnant or breastfeeding, Celexa may not be the best choice for you. It can cause complications if taken during the second half of pregnancy. It is also one of the SSRIs with the highest concentration in breast milk, which can make your baby fussy or sedated.

Don’t take Celexa with a monoamine oxidase inhibitor (MAOI). Both drugs increase serotonin. This raises the risk of serotonin syndrome, a life-threatening condition linked to brain and heart problems.

Be careful about taking Celexa with a blood thinner like warfarin (Coumadin) or non-steroidal anti-inflammatory drugs (NSAIDs) like ibuprofen (Motrin) and naproxen (Aleve). Celexa can raise the risk of bleeding in the gastrointestinal system when taken with these drugs.

Other medications that interact with Celexa are:

You may experience withdrawal symptoms if you stop taking Celexa abruptly. Withdrawal is especially likely if you’re abusing the drug. Symptoms may include anxiety, irritability, confusion, insomnia, and an electric-shock sensation in your hands or feet.

Celexa (citalopram) can cause unpleasant reactions with prescribed dosing, but many people who take it as prescribed don’t notice any adverse effects. The risk of side effects increases if you abuse Celexa.

Common side effects of Celexa include:

More serious side effects can also occur with Celexa use and abuse, such as:

Learn more about Celexa Side Effects

If you experience Celexa side effects, tell your doctor. Your physical health is just as important as your mental health. A different SSRI or antidepressant may be better for you.

If you or a loved one are struggling with Celexa abuse, we’re here to help. We offer whole-person treatment programs that are tailored to your needs. Contact an Ark Behavioral Health specialist today to learn more about Celexa abuse and treatment options.

What’s The Recommended Dosage For Celexa?

The recommended dosage for Celex is between 10 to 40 milligrams for most patients. Factors like preexisting conditions and other medications the patient is taking can affect the recommended dose.

How Long Does Celexa Stay In Your System?

Celexa likely stays in your system for about one week after your last dose.

Learn more about How Long Celexa Stays In Your System

Celexa may be slightly effective in treating pain. Pain relief may be an off-label use for Celexa by some clinicians, but it is not a medically approved use.

How Much Does Celexa Cost?

However, the exact price depends on various factors, including the dosage, the pharmacy, your insurance, and whether you have any coupons or prescription discount cards.

In addition, Celexa purchased from the illegal drug market is usually more expensive than prescription Celexa.

What Are The Sexual Side Effects Of Celexa?

Celexa can cause decreased sexual desire, difficulty becoming aroused, and delayed orgasm in both men and women.

Learn more about the Sexual Side Effects Of Celexa

Is It Dangerous To Mix Celexa & Alcohol?

While taking citalopram with alcohol does not cause effects that are generally life-threatening, alcohol does increase the risk of serious side effects when taken with Celexa.

Alcohol abuse is also strongly associated with the development of anxiety disorders and depression, and will generally work against the effectiveness of anti-anxiety medications like Celexa.

Is It Safe To Mix Trazodone & Celexa?

While trazodone and citalopram may be used together to more effectively manage treatment-resistant depression or combinations of depression and insomnia, there are risks when these (or any other) antidepressant medications are taken together.

These risks include a greater likelihood of known side effects, as well as increased risk of serotonin syndrome, a dangerous condition that can be life-threatening.

Is It Safe To Mix Wellbutrin & Celexa?

It is generally safe to mix Wellbutrin with Celexa, both of which are antidepressant medications.

They both target different neurotransmitters (brain chemicals) and may improve the treatment of depression symptoms. Combining the two may also decrease sexual side effects associated with Celexa.

Is It Dangerous To Mix Tramadol & Celexa?

Clinicians may prescribe tramadol and citalopram together without significant issues. However, whenever two serotonin-increasing substances are taken together, there is an increased risk of adverse effects like serotonin syndrome.

Is It Harmful To Mix Celexa & Marijuana?

Although research is limited, mixing marijuana with Celexa has the potential to cause harmful side effects.

Marijuana and Celexa, an antidepressant drug, both have the potential to cause sedative side effects. Combining them may increase the severity of these side effects, including drowsiness, dizziness, and lightheadedness.

Can you mix Celexa with Ibuprofen?

You shouldn’t mix Celexa with ibuprofen. Both drugs interfere with blood clotting and can cause excessive bleeding, particularly in the gastrointestinal (GI) system. Taking them together increases the risk of bleeding events.

Is It Risky To Mix Celexa & Xanax?

The antidepressant medication citalopram (Celexa) and benzodiazepine drug alprazolam (Xanax) may be prescribed for concomitant use to treat combination depression and anxiety/panic disorders.

While this combination of prescription drugs provides certain benefits, it also increases certain risks including an increased risk of unwanted side effects, drug abuse, and worsening symptoms of depression.

Is It Safe To Mix Celexa & Adderall?

If you have health conditions where you could benefit from taking both, talking to your doctor can help you decide whether you should still take these substances together.