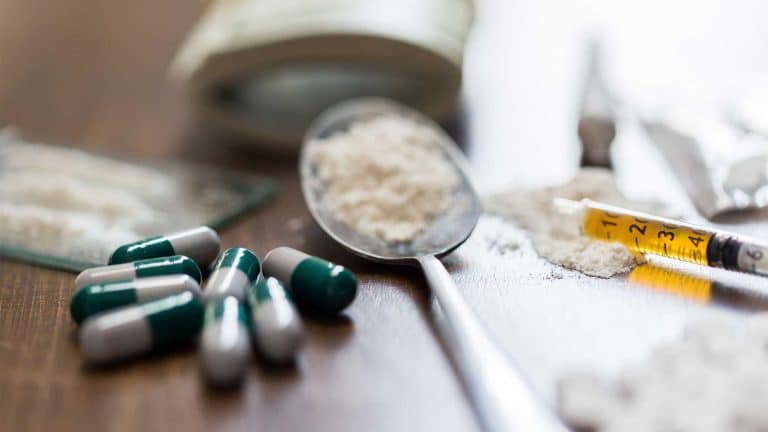 Amphetamines are stimulant drugs. They speed up your central nervous system, causing a rush of energy, confidence, and euphoria (intense joy).

Due to these positive effects, some people abuse amphetamines. Amphetamine abuse can lead to amphetamine addiction and substance use disorder.

Methamphetamine (or “meth”) is the most powerful type of amphetamine. While it’s sometimes prescribed as the prescription drug Desoxyn, it’s also sold as an illegal street drug.

On the street, it likely appears as a white powder. Some people cook the powder into a smokable, rock-like form called crystal meth. Others mix the powder with liquid and inject it into their veins.

Another popular street drug is MDMA (also called Molly or ecstasy), which is a derivative of amphetamine. Like other amphetamines, MDMA has stimulant effects, such as increased energy. It can also have hallucinogenic effects, such as hallucinations and time distortions.

What Is Amphetamine Abuse?

Amphetamine abuse occurs when you use amphetamine in a manner not prescribed by a doctor. For example, you might:

Many people abuse amphetamines to achieve an intense feeling of happiness (also called a “high”). Amphetamines make you feel happy by boosting dopamine, which is a brain chemical that regulates pleasure.

Some short-term effects of amphetamine abuse may include:

Amphetamines can also cause psychosis. The term “psychosis” refers to a temporary disconnection from reality. Symptoms may include:

Additionally, amphetamine abuse increases your risk of overdose. Common signs of overdose include:

If you or someone you know experiences these symptoms, seek emergency health care services. When left untreated, an amphetamine overdose can cause health problems that can turn fatal.

Long-term side effects of amphetamine abuse may include:

As mentioned above, amphetamine abuse can also lead to amphetamine addiction. This mental health disease makes you feel unable to control your use of amphetamines despite negative consequences.

Learn more about Amphetamine Side Effects

Common signs of amphetamine abuse and addiction may include:

Another common sign of amphetamine abuse and addiction is physical dependence. When you’re physically dependent on amphetamines, your body can’t function properly without them. If you stop using them, you may experience withdrawal symptoms such as:

To recover from amphetamine abuse and addiction, most people need professional treatment.

Whether inpatient or outpatient, most treatment programs offer the following services:

Therapy is an essential part of substance abuse treatment. The most common types of therapy for amphetamine abuse and addiction include:

Before you leave your treatment program, your doctors will likely help you design an aftercare plan to reduce your risk of relapse. Depending on your needs, your aftercare plan may include strategies such as:

What Amphetamines Are Illegal?

The most popular illegal amphetamines are methamphetamine and MDMA.

In addition, prescription amphetamines (such as Adderall and Vyvanse) are illegal when used without a prescription.

What Are Amphetamine Salts?

Amphetamine salts are used to help treat attention deficit hyperactivity disorder (ADHD), narcolepsy, and other sleep disorders. It should not be abused or taken with other controlled substances or by those who have a history of depression.

D-amphetamine is found in tablets or immediate-release capsules that help provide relief for attention-deficit hyperactivity disorder (ADHD), narcolepsy, and other sleeping disorders.

D-amphetamine is a central nervous system (CNS) stimulant that is habit-forming.

L-amphetamine is a central nervous system stimulant that is used to treat ADHD, narcolepsy, and obesity. It can also be a component in other medications.

Amphetamines are a controlled substance in the United States and have a high potential for abuse. Brain changes can occur after long-term amphetamine use that causes a person to lose control over how they use the drug.

They may misuse it by using too much or using it in a way other than how it was prescribed (such as snorting or injecting). They may experience uncontrollable cravings that cause them to continue to use amphetamines regardless of the consequences.

Learn more about the Signs Of Amphetamine Addiction

How Long Do Amphetamines Stay In Your System?

Amphetamines tend to stay in your system for about 2 days. Drug tests can find traces of amphetamines between 3 to 90 days after the last use, depending on the type of test.

To learn more, read How Long Do Amphetamines Stay In Your System?

Biphetamine was a prescription drug that contained dextroamphetamine and amphetamine. It was used to treat ADHD and narcolepsy. Today, Adderall serves the same purpose as Biphetamine, but Biphetamine may still be available illicitly.