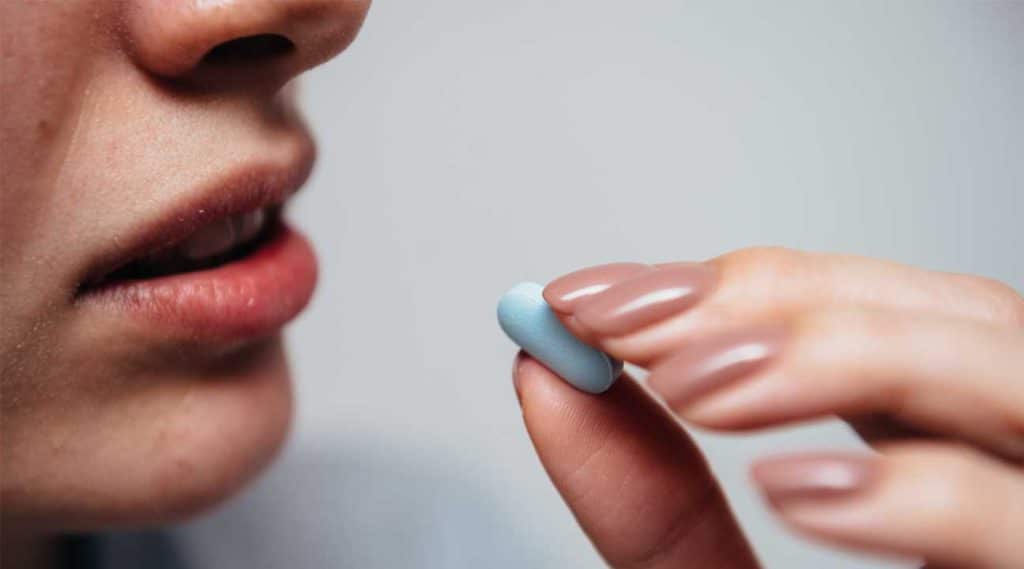 Opioids are mind-altering drugs used for pain relief. In the last two decades, opioid abuse has become an opioid epidemic that has led to thousands of drug overdose deaths in the United States alone.

Although opioid misuse may start with a doctor’s prescription, abusing opioids can lead to poor health, overdose, and addiction. Seeking help for opioid addiction now can save your life.

If you’ve been prescribed opioids for chronic pain, like oxycodone (OxyContin), hydrocodone (Vicodin), or codeine, it’s important to follow your doctor’s recommendation. Taking them at a higher dose, more often, or for longer than prescribed is considered prescription drug abuse.

Using opioid painkillers without a prescription is also abusing them. Before you self-medicate, you should consult a doctor. The opioid crisis has shown time and time again that these medications are dangerous.

How Are Opioids Misused?

Most people who abuse opioids take them orally, as intended. But others crush them to snort the powder or mix them in a solution for injection.

The National Institute on Drug Abuse (NIDA) reports that less than four percent of people who start abusing prescription opioids eventually transition to heroin use, an illegal drug with similar effects.

However, most people who use heroin choose the drug because it’s cheaper and easier to get than going through the opioid prescribing process.

Opioids are a highly addictive class of drugs, which is why prescriptions need to be closely monitored. All opioids are controlled substances, meaning that if you’re found with them in your possession and you don’t have a prescription, you could face criminal consequences.

How Do Opioids Work?

Opioids act on receptors in the brain that block pain signals, decreasing or eliminating pain felt in your body. They slow down the central nervous system and increase your dopamine levels, so you feel relaxed and euphoric.

Even with prescribed use, you can grow tolerant to opioids, meaning they have less of an effect over time. This is why health care providers generally prescribe opioids for short periods.

If you take them too long, your brain starts to adapt by producing less of its natural chemicals, depending on the drugs instead. You crave them and are unable to get the same sense of pleasure from healthy activities like exercise.

Although prescription opioids can be effective and safe for pain management when used as directed, several opioid drugs are routinely abused.

Codeine is one the most commonly prescribed opioids available. It’s used as a painkiller and a cough suppressant, and is frequently abused by mixing the liquid solution with carbonated beverages or alcohol. This mixture is referred to as “purple drank” or “sizzurp.”

Carfentanil is not approved for use in human beings in the United States. This powerful opioid is estimated to be 100 times stronger than fentanyl, and it’s only approved use is as a sedative for large animals. Unfortunately, this opioid is tied to thousands of overdose deaths in the U.S.

Hydrocodone is the narcotic ingredient in Vicodin and Lortab. Although hydrocodone is only considered moderately potent, it’s a DEA Schedule II drug, which means it has a high potential for abuse and can lead to physical and psychological dependence.

Hydromorphone (brand name Dilaudid) is more potent than morphine and causes effects like sedation, euphoria, and relaxation. It’s abused for its potency, and can lead to addiction if it’s not taken as directed or used without a prescription.

Fentanyl is a powerful synthetic opioid that is involved in thousands of overdose deaths each year. This is a dangerous substance because it is often mixed into street drugs like heroin or cocaine without people knowing; just a small amount of fentanyl can lead to a fatal overdose.

Methadone is a synthetic opioid that has FDA-approval for treating withdrawal symptoms associated with opioid use disorder. While this drug can be safe under medical supervision, using it without a prescription, or taking more than directed, can lead to abuse and addiction.

Morphine is a naturally occurring opiate that’s derived from the opium poppy plant. Due to its effectiveness for relieving pain, as well as its effects of sedation and euphoria, this opioid has a strong potential for abuse, especially when it’s injected or mixed with alcohol or other drugs.

Oxycodone (Oxycontin, Percocet) has a strong potential for abuse when it’s used for extended periods of time or without a prescription. Heating tablets on foil and inhaling the vapor, crushing tablets and snorting them, or dissolving tablets in water for injection are all signs of abuse.

Oxymorphone is the generic name for the brand-name prescription painkiller Opana. Oxymorphone relieves pain but can also cause euphoric effects, similar to other opioids. It is a potent opioid with a high risk for abuse and dependence.

Suboxone is the brand name for a combination of buprenorphine and naltrexone. Although it’s approved to address cravings and dependence associated with opioid use disorder, it has potential for abuse when it’s mixed with benzodiazepines, alcohol, and other depressants.

Opioid addiction is marked by a loss of control over drug use, often despite poor health or negative life changes. Heroin and prescription opioids change the way your brain works. When you’re addicted, you prioritize opioids and need them to function.

Signs of opioid use disorder can also include:

Addiction isn’t something you can overcome by willpower alone. Most people benefit from a comprehensive healthcare program that teaches healthy habits to replace opioid use.

Learn more about Opioid Use Disorder

Opioid overdose is a serious problem that causes an average of 128 deaths per day in the United States. Symptoms of drug overdose include pinpoint pupils, bluish skin or nails, difficulty breathing, and loss of consciousness.

Many factors can lead to an opioid overdose death, such as:

An opioid overdose occurs because the drugs slow the central nervous system too much, affecting vital functions like breathing. Lack of oxygen can cause permanent brain damage and death.

Mixing opioids with other central nervous system depressants, like alcohol or benzodiazepines, is never recommended for this reason. If you or a family member are experiencing an opioid overdose, please contact your local emergency department immediately.

Taking opioids over time causes the body to develop a physical dependence, so it relies on the drugs to function normally. If you suddenly stop taking them, you’re likely to have withdrawal symptoms.

Opioid withdrawal symptoms may include:

The withdrawal process can be very uncomfortable and leads many people to resume taking opioids or engage in substance abuse for relief. It’s helpful to have support during detox to keep you stable and prevent relapse.

If you’re taking prescription pain medication, your doctor will likely work with you to create a tapering schedule. Tapering allows you to slowly wean off opioids and avoid intense withdrawal symptoms.

Opioid addiction treatment may begin with medical detox to ensure you’re able to stop taking opioids safely. Detox may include a tapering schedule, in which your dosage is slowly reduced or the opioid is replaced by a less potent drug.

You may continue to have cravings after you stop using heroin or other opioids, which can make it a challenge to focus on treatment. Medication-assisted treatment (MAT) has been found to be effective for people with opioid use disorder.

There are three FDA-approved medications to treat opioid addiction:

The most effective opioid treatments blend several therapies into a unique treatment plan that suits your needs. Treatment services may include therapy and counseling, as well as experiential methods like yoga, art, and music that introduce you to a healthier lifestyle.

To learn about individualized rehab programs for opioid addiction or other substance use disorders, reach out to a treatment specialist at Ark Behavioral Health today.

What Is The Opioid Epidemic?

The opioid epidemic in the United States is defined as the rapid growth of opioid use (prescription and non-prescription) that has evolved into abuse and addiction.

It’s an evolving public health crisis that’s motivating treatment providers, government agencies, and other organizations to take proactive steps, like treatment approaches and preventative measures, to reduce the impact of the crisis.

Learn more about The Opioid Epidemic

What Is The Difference Between Opioids & Opiates?

The key difference is how they’re produced. Opiate refers to substances that are produced naturally from the poppy plant, and opioid refers to this entire class of pain-relieving drugs, including ones produced synthetically in a lab.

However, it’s easy to get confused when thinking about opioids vs. opiates because these terms are used interchangeably.

Learn more about Opioids Vs. Opiates: Understanding The Difference

What Are The Risks Of Prescribing Opioids For Pain?

Prescription opioids are designed to relieve chronic pain and provide safe pain management. However, there are some risks involved, especially when the medication isn’t used as directed.

Risks include opioid use disorder or addiction, overdose, tolerance, physical dependence, depression, and other side effects.

What Are Some Opioid Street Names?

Most opioids have a number of street names. Here are some of the most common:

How Much Do Opioids Cost On The Street?

An opioid’s street value depends on factors such as availability and strength. For example, fentanyl, which is highly powerful, usually costs between $25 to $40 per patch, lozenge, or tablet. Hydrocodone, which is much less powerful, only costs about $1 to $5 per tablet.

Learn more about the Street Value & Prices Of Opioids

What Is An Opioid Antagonist?

An opioid antagonist is a drug that can reverse the effects of opioids. It can be prescribed for the treatment of opioid addiction, or given as first aid for an opioid overdose. Antagonists that can treat opioid health problems include naloxone and naltrexone.

What Is An Opioid Analgesic?

Opioid analgesics are a broad group of chemically related pain relief drugs that act as opioid receptor agonists in the human body, leading to dopamine activation and analgesic or numbing effects.

Is There A Treatment For Opioid-Induced Constipation?

There are several options for the treatment of opioid-induced constipation (OIC). Prescription drugs, over-the-counter medications, natural remedies, and lifestyle changes can help relieve OIC and improve your quality of life.

Learn more about How To Manage Opioid-Induced Constipation

What Are The Adverse Side Effects Of Opioids?

Opioids, also known as opioid analgesics, can cause a wide variety of side effects. These effects range from mild to severe, and include drowsiness, constipation, impairment, respiratory depression, and a comatose state.

The chances of severe side effects may increase with higher doses.

Learn more about Opioid Side Effects

What Is The Opioid Crisis Response Act?

The Opioid Crisis Response Act, authored by Senator Lamar Alexander, was a 2018 bipartisan bill that was approved by the United States Senate and, after minor revisions in the House, signed into law by President Donald Trump as the SUPPORT for Patients and Communities Act in October of 2018.