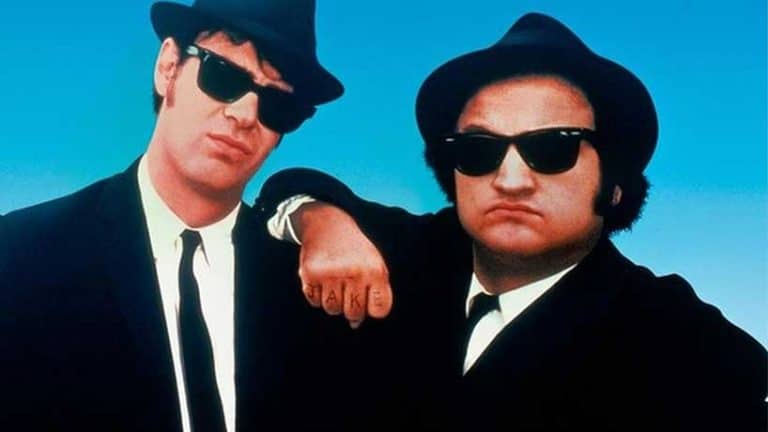 Many famous actors abuse drugs, often in an attempt to cope with the pressures of fame. In some cases, these struggles lead to untimely deaths. Here are some of the most well-known actor deaths involving drugs or alcohol.

Throughout the 1950s and ‘60s, Nick Adams starred in the TV show The Rebel and appeared in multiple films. In 1968, he died of a drug overdose at age 36. The overdose involved paraldehyde and promazine, which are both central nervous system depressants.

Comedic star John Belushi rose to fame as an original cast member of Saturday Night Live. In 1982, he accidentally overdosed on a speedball (a mixture of cocaine and heroin). He was 33.

The son of movie star Kirk Douglas, actor and comedian Eric Douglas died of an accidental drug overdose in 2004. He was 46. According to the medical examiner, Douglas had ingested alcohol, painkillers, and tranquilizers.

Best known for starring in the TV show Jackass and its associated films, Ryan Dunn died in an alcohol-related car crash in 2011. His blood alcohol concentration (BAC) was more than twice the legal driving limit. He was 34.

Saturday Night Live star Chris Farley struggled with substance abuse throughout his career. In 1997, he experienced a fatal overdose after mixing cocaine and morphine. He was 33.

The Wizard of Oz star Judy Garland battled depression and substance abuse for decades. In 1969, she overdosed on a powerful barbiturate called secobarbital. She was 47.

Known for her role on That ‘70s Show, Lisa Robin Kelly struggled with drug addiction throughout her career. In 2013, she overdosed on multiple unspecified drugs. She was 43.

Known for starring in films like The Dark Knight and Brokeback Mountain, Heath Ledger died of an accidental overdose in 2008. He was 28. He had ingested the following drugs:

After rising to fame in the 1950s, Marilyn Monroe fatally overdosed on chloral hydrate, Nembutal, and other sedative drugs in 1962. She was 36. Her death was ruled a probable suicide. She had battled depression and other mental health concerns for much of her life.

In 2013, Glee star Cory Monteith died of an accidental overdose after mixing heroin and alcohol. He was 31 and had battled addiction for many years.

In 2009, film star Brittany Murphy died of pneumonia, anemia, and a prescription drug overdose. She had ingested a variety of over-the-counter and prescription drugs, including acetaminophen, hydrocodone, and levomethamphetamine. She was 32.

In 1993, Oscar nominee River Phoenix overdosed on cocaine and heroin. He had also ingested marijuana, diazepam, and a stimulant called ephedrine. He was 23.

Known for his roles in the TV shows Roseanne and Angel, Glenn Quinn died of an accidental heroin overdose in 2002. He was 32.

As a child actor in the 1990s, Brad Renfro got exposed to drugs at an early age. He developed an addiction that led to his drug overdose death at age 25 in 2008. He had ingested heroin and morphine.

Oscar winner Philip Seymour Hoffman first received addiction treatment in 1989 at age 22. After staying sober for over two decades, he relapsed in 2013 and fatally overdosed in 2014. He had ingested heroin, cocaine, amphetamines, and benzodiazepines. He was 46.

Known for films like The Mortal Storm and The Shop Around the Corner, Margaret Sullavan died of an accidental barbiturate overdose in 1960. She was 50.

Best known for his role as Mini-Me in the Austin Powers films, Verne Jay Troyer struggled with alcohol abuse and depression for many years. In 2018, he died of suicide by alcohol poisoning. He was 48.

Best known for playing Omar Little on the TV show The Wire, actor Michael K. Williams fatally overdosed on fentanyl-laced heroin in 2021. He was 54.

If you or someone you love struggles with drug use, please reach out to an Ark Behavioral Health specialist. Our compassionate treatment providers offer medical detox, behavioral therapy, and other evidence-based services to help you or your loved one stay sober.