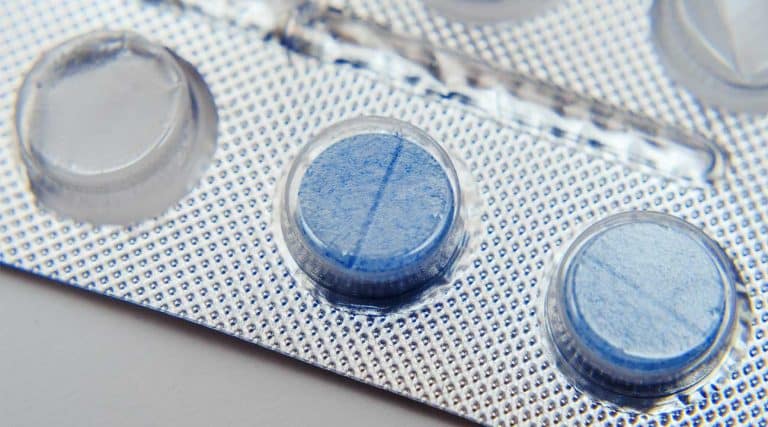 When you’re prescribed Valium for a long period of time or you use it without following your doctor’s instructions, you may become addicted to it. If you or a loved one struggles with Valium addiction, recovery is possible at a drug abuse treatment program.

Valium is the brand name for a prescription drug called diazepam. It belongs to a class of medications called benzodiazepines (or “benzos”). Other popular drugs in this class include Xanax, Klonopin, and Ativan.

Like other benzodiazepines, Valium is a central nervous system depressant that relaxes the muscles and promotes sedation (a state of calmness). It does this by enhancing the effect of a neurotransmitter (brain chemical) called gamma-Aminobutyric acid, or GABA.

Side Effects Of Valium

As with most medications, Valium may cause side effects. The most common side effects include:

Some people also experience rarer, more serious side effects such as memory problems, slurred speech, slowed heartbeat and breathing, and uncontrollable shaking. Call your doctor if you or your loved one experiences these or other unusual side effects.

Valium can make you feel calm, relaxed, and, at larger doses, euphoric (intensely happy). That’s why some people abuse the drug. Abusing Valium means taking it in a manner not prescribed by your health care provider.

For instance, you may:

Valium abuse increases the risk of addiction. Addiction is a disease that makes you feel unable to stop using a drug despite the negative consequences of using it.

Although abuse makes addiction more likely, people who take Valium exactly as prescribed can also become addicted, especially if they take it for a long time or at high doses.

That’s why many doctors only prescribe Valium for short-term use, occasional use (such as during a panic attack), or at low doses.

If you’re wondering whether you or someone you know is addicted to Valium, here are some signs to watch out for:

When you abuse or are addicted to Valium, you face a higher risk of overdose, which may be life-threatening. Overdose can occur when you take too much Valium or mix it with other substances.

The most common signs of Valium overdose include:

Call the poison control helpline at 1-800-222-1222 if you or someone you know experiences these symptoms.

Call 911 if you notice more serious symptoms such as fainting, seizures, difficulty breathing, or loss of consciousness.

These symptoms are more likely to occur if you mix Valium with other central nervous system depressants, such as alcohol, opioids, barbiturates, or other benzodiazepines. That’s because these drugs slow down brain activity.

Whether you call poison control or 911, you’ll be asked to provide the name, age, weight, and condition of the person who overdosed. If possible, you should also disclose the amount of Valium taken and the time it was taken at.

If you struggle with Valium abuse or addiction, you may experience moderate-to-severe withdrawal symptoms when you stop taking the medication.

To avoid or reduce these withdrawal symptoms, talk to a doctor before you try to stop using Valium.

In most cases, the doctor will gradually decrease your dosage until you’re not taking any Valium. This process, which is called “tapering,” doesn’t shock your system like quitting cold turkey does. Instead, it lets your body adjust to the lack of Valium in a slower, safer manner.

If you or someone you love struggles with Valium abuse or addiction, you may feel hopeless. However, recovery is possible.

Most people who struggle with Valium use (or any other kind of drug use) will begin their recovery with medical detox.

During detox, a team of health care professionals will slowly lower your Valium dosage while monitoring your withdrawal symptoms.

They may also prescribe medications to reduce withdrawal symptoms; for example, you may be given a sleep aid for insomnia or an antidepressant for depression, anxiety, and irritability.

During and after detox, talking with a licensed therapist can help you avoid relapse. One of the most popular forms of therapy for people recovering from substance abuse is cognitive behavioral therapy.

This form of counseling can help you change unhealthy behaviors, develop coping skills, and strengthen your mental health.

At a peer support group, you can receive advice from other people who are recovering from addiction. In addition, your loved ones can attend family support groups to connect with families in similar situations and learn how to better support your recovery.

Support groups are available at most inpatient and outpatient treatment centers. Many people continue to attend them even after they complete formal treatment.

To learn more about the treatment options available at Ark Behavioral Health, please reach out to us today.

How Long Does Valium Stay In Your System?

Drug tests can detect Valium in the human body for weeks after last use. And this period, as well as the accuracy of tests, only increases following heavy or frequent Valium abuse.

The general detection periods for Valium in drug tests are:

Can You Snort Valium?

By finely crushing Valium tablets, some may choose to misuse the drug by insufflation or inhaling the drug through the nose with a straw or tube.

This method of drug ingestion generally provides immediate access to the bloodstream through the mucus membranes of the nasal passages, allowing you to get higher, faster. But, Valium is not designed to be taken in this way and diazepam itself is only minimally water soluble.

Is Valium An Opioid?

Valium is not an opioid. It is a benzodiazepine that can treat anxiety, cause sedation, and lead to health risks when abuse.

Valium can be addictive and has the potential for abuse. The euphoric and calming feeling the drug produces can lead to repeated use. When the body builds a tolerance and dependence on the drug, the chance of addiction increases.

How Much Does Valium Cost On The Street?

The drug may also cost less if the dealer cuts it with other substances, such as stimulants, opioids, or other benzodiazepines.

Can You Get High On Valium?

It is possible to get high on Valium (diazepam). Due to the fact that Valium causes effects of sedation, many experience disorienting feelings of euphoria or happiness.

To learn more, read What Does A Valium High Feel Like?

Can You Smoke Valium?

Yes, you can smoke Valium. However, you most likely will not experience any sort of high or sedation. That’s because, when heated, Valium begins to lose some of its chemicals due to high temperatures.

Can You Shoot Valium?

Yes, Valium can be injected. Sometimes, doctors use an intravenous IV to inject Valium instead of prescribing pills. However, you should only allow a healthcare professional to do this.

Valium should never be injected without medical supervision. Changes in heart rate, profound sedation, and even coma may occur if you inject too much.

What Is A Valium Suppository?

A Valium (or Diastat) suppository is a formulation of the benzodiazepine drug diazepam intended for rectal or vaginal administration, typically to control seizures or muscle tightness.

What Are The Long-Term Effects Of Valium Use?

Long-term effects of Valium use include ataxia, problems with cognition, dependence on Valium, and withdrawal. Despite these health risks, Valium can be difficult to quit without professional help, due to the discomfort and pain caused by withdrawal.

Learn more about the Long-Term Effects Of Valium​​​

How Do You Wean Off Valium?

Weaning off Valium often involves a 10-25% initial dose reduction. Doses of Valium will then be reduced by 10-25% every one to two weeks. Tapering schedules often vary depending on the patient’s needs and history of drug use and may be combined with other treatments.

Learn more about How To Taper Off Valium

What Happens When You Mix Valium And Alcohol?