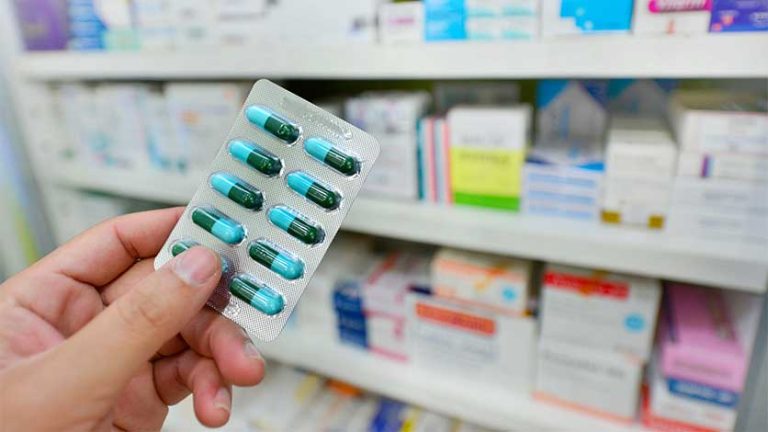 These substances also include so-called behind-the-counter drugs, which do not necessarily require a prescription but are generally kept and sold with more care and security than OTC drugs.

In both cases, these medications are readily available from pharmacies and do not require approval from a healthcare provider to purchase.

OTC products have, by definition, a lower potential for abuse, dependence, and addiction than drugs classified as scheduled or controlled substances.

However, some of these substances can be abused in various ways with unintended effects, usually after being taken in high doses, paired with other substances, or otherwise modified.

Misusing an OTC medicine can include:

The uses and abuse potential of some commonly abused over-the-counter medications include:

Pseudoephedrine is treated as a prescription drug in some, but not all, states. This decongestant is used as an active ingredient in certain cold medicines, including Sudafed, as well as the brand-name allergy medication Claritin-D, which also contains the antihistamine drug loratadine.

Pseudoephedrine can be abused in higher doses on its own as a stimulant, often in combination with alcohol or other drugs. However, it can also be chemically modified and used to make methamphetamine/crystal meth.

Because of this, products that contain pseudoephedrine are usually kept behind pharmacy counters, with sales limited to customers of 18 years of age or older and with limits on how much a person can buy each month.

DXM is a cough suppressant found in some cold/cough medicines alongside antihistamines, decongestants, and painkillers.

While DXM has no psychoactive effects at therapeutic doses, at higher doses it can cause potent dissociative and hallucinogenic effects.

As a result, extra-strength DXM cough syrups, tablets, and gel capsules are sometimes abused by swallowing or injection, often in combination with alcohol or marijuana.

However, DXM abuse, also called robo-tripping or skittling, can be extremely dangerous and habit-forming. And if the product also contains the painkiller acetaminophen (Tylenol), high dose use can cause severe or life-threatening liver damage.

Available in tablet, capsule, or liquid form, this antidiarrheal drug, which is found in Imodium A-D, acts as an opioid but does not cross into the brain.

This means that it has a relatively low potential for abuse, as it cannot easily generate effects related to pain, pleasure, or euphoria.

Nevertheless, there have been uncommon reports of loperamide being taken in high doses to either get high or blunt the effects of opioid withdrawal and cravings, similar to the prescription medication methadone.

However, at high doses, loperamide overdose and toxicity can be fatal due to the drug’s effects on the central nervous system.

Dimenhydrinate, also sold under the brand-name Dramamine, is an over-the-counter antihistamine that can be used to manage nausea and vomiting, especially nausea related to motion sickness. It is also used as a sleep aid.

Available in tablet, liquid, and chewable forms, dimenhydrinate is sometimes abused in high doses to trigger euphoria or hallucinations. It may be taken alone or with alcohol by those looking to self-medicate through the drug’s sedative and anti-anxiety effects.

Abusing dimenhydrinate, in any form, comes with an increased risk of serious side-effects and addiction.

Similarly, the antihistamine known as diphenhydramine, an active ingredient in Benadryl, can be used to treat allergic reactions. It may also, especially in higher doses, cause drowsiness, sedation, or intoxication.

Like dimenhydrinate, this drug can be dangerous in high doses, with overdose leading to blurred vision, increased heart rate, confusion, seizures, or coma.

However, these pain relief drugs are often abused in higher doses than recommended, leading to a variety of negative long-term side-effects including upset stomach, heartburn, ulcers, stomach bleeding, and kidney or liver damage.

Likewise, acetaminophen (Tylenol) is frequently misused, despite acetaminophen toxicity’s severe effects on the liver and the drug’s frequent use in suicides.

Diet pills, certain supplements, and caffeine are often misused by those with eating disorders to suppress their appetite and promote unhealthy weight loss.

Because these drugs typically have stimulant effects, they can be extremely habit-forming and harmful with prolonged use. They may also be misused in high doses to generate a stimulant high.

Treatment for over-the-counter medication abuse focuses on cognitive behavioral therapy and contingency management, along with other forms of treatment as recommended by your healthcare provider.