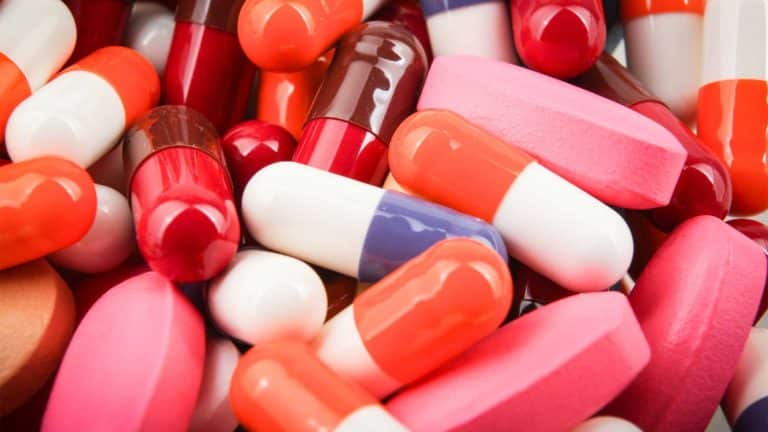 Amphetamines are central nervous system (CNS) stimulants. They speed up the communication between your brain and body, which boosts your alertness, attention, and energy.

The most popular prescription amphetamines include:

Although these drugs aren’t technically amphetamines, they have similar effects.

Common side effects of amphetamines approved for medical use may include:

As mentioned above, methamphetamine (or “meth”) is sometimes prescribed legally under the brand name Desoxyn. However, some people make and sell illegal meth.

Illegal meth usually resembles a white powder. It can be snorted, injected, or eaten. It can also be cooked into a shiny rock called “crystal meth,” which is smoked in a glass pipe.

Because meth causes a rush of euphoria, it’s highly addictive. It can also lead to other serious health problems, including:

Like methamphetamine, MDMA (3,4-methylenedioxymethamphetamine) is a derivative of amphetamine. Often called “ecstasy” or “molly,” it acts not only as a stimulant drug but also as a hallucinogen. That means it causes hallucinations (distortions in your perception of reality).

Many people use MDMA at all-night dance parties (also called “raves”). The drug is available as a tablet, capsule, powder, or liquid. Like other stimulants, it increases your body temperature, blood pressure, heart rate, and breathing rate. It can also cause extreme dehydration.

Some drug dealers mix MDMA with other substances and don’t tell the buyer. That means that if you purchase MDMA off the street, you may unknowingly ingest a dangerous substance such as methamphetamine, cocaine, or the deadly opioid fentanyl.

Illegal amphetamines, like MDMA and crystal meth, are classified as Schedule I controlled substances. That means these drugs have no accepted medical value and a high potential for abuse.

Prescription amphetamines, like Adderall, Desoxyn, and Dexedrine, are classified as Schedule II controlled substances. That means these prescription drugs have approved medical use but still have a high potential for abuse.

What Is Amphetamine Abuse?

In addition, you can abuse prescription amphetamines by crushing the tablets into a powder, dissolving the powder in water, and injecting the liquid into a vein. You can also smoke or snort the powder.

People who abuse prescription amphetamines likely buy them from the illegal drug market. There, the drugs are sold under street names such as “speed,” “black beauties,” and “bennies.”

Whether you abuse a prescription amphetamine or an illegal amphetamine, amphetamine abuse poses serious short-term and long-term health risks, including:

People who abuse amphetamines also face a high risk of overdose and addiction.

When left untreated, an amphetamine overdose can be fatal. That’s why you should seek medical help right away if you or someone you know experiences symptoms of overdose, which include:

Like other types of drug abuse, amphetamine abuse often leads to amphetamine addiction. This disease makes you feel unable to control your use of amphetamines.

The most common signs of amphetamine addiction are tolerance and physical dependence.

Other signs of amphetamine addiction include:

If you or someone you love struggles with amphetamine use or another type of drug use, please contact an Ark Behavioral Health specialist. We offer medical detox, mental health counseling, and a variety of other substance abuse treatment options.