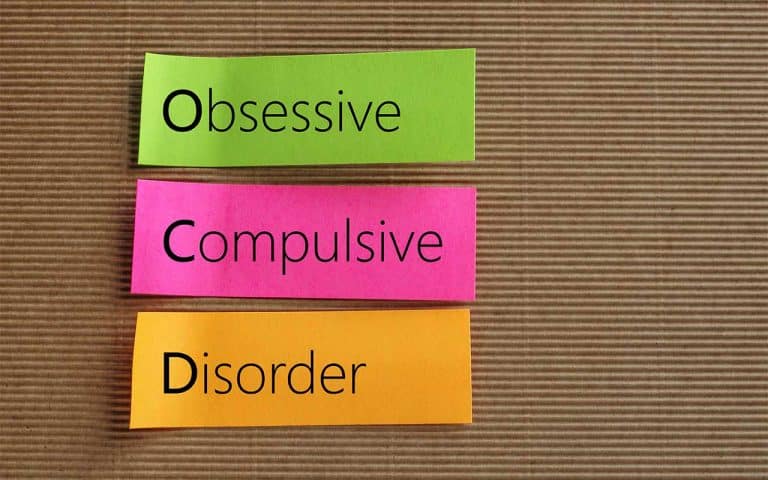 Obsessive-Compulsive Disorder (OCD) affects 2 to 3 million adults and about 500,000 children in the United States. That’s 1 in 100 adults and 1 in 200 children who suffer from OCD, a mental disorder marked by obsessive thoughts and uncontrollable actions.

Even more widespread, more than 23 million Americans (10 percent) suffer from alcohol or drug addiction at some time in their lives.

Some individuals have the misfortune of dealing with both OCD and addiction. OCD can contribute to addiction and interfere with a successful recovery. A person who struggles with these co-occurring disorders needs treatment that addresses both issues.

Studies show that about 25 percent of people with obsessive-compulsive disorder (OCD) have also struggled with substance abuse.

Many turn to drugs or alcohol to self-medicate. Substance abuse may temporarily alleviate some of the symptoms of OCD, as well as the stress it can cause.

The International OCD Foundation notes that this estimate of dual diagnosis prevalence could be skewed by several factors:

People with obsessive-compulsive disorder (OCD) have symptoms that affect their thoughts and behavior. Obsessions are intrusive thoughts that pop up often and cause intense anxiety. Compulsions are repetitive behaviors that are burdensome and interfere with daily activities.

Some of the obsessions that plague people with OCD are:

“Compulsive behavior is done with the intention of trying to escape or reduce anxiety or the presence of obsessions,” says the International OCD Foundation. But it only gives temporary relief. The stress always comes back, so the compulsions must be repeated over and over.

A person with a drug or alcohol addiction faces a similar struggle. They also engage in behaviors (substance abuse) to temporarily relieve unpleasant feelings, yet the anxiety returns—sometimes even more intensely.

As with OCD symptoms, substance abuse can disconnect you from others and affect your ability to live a normal life. Your need for drugs and alcohol can become crippling and all-consuming.

Symptoms of alcohol or drug addiction include:

There’s not a clear cause of obsessive-compulsive disorder (OCD), but there are some theories. It may be caused by changes in your biology. It could be genetic. Or it could be learned by watching family members who struggle with OCD symptoms.

Several risk factors that can contribute to the development of OCD and/or addiction are:

Brain function may also play a role in the development of OCD. Research shows that people with OCD have an abnormal brain structure. Part of this abnormality is in the prefrontal cortex, which is responsible for decision-making and behavioral control.

Studies have also found that neurotransmitters (chemical messengers) connected to the brain’s reward system—such as glutamate, serotonin, and dopamine—play a role in OCD and addiction.

Dopamine is a brain chemical that affects motivation and the ability to control behavior. Loss of behavioral control is a hallmark in both OCD and addiction, and dopamine is well known as a reinforcer of substance abuse.

Though addiction often goes hand-in-hand with other mental disorders, it can be difficult to find a dual diagnosis treatment program.

Rather than staffing mental health professionals who are trained in multiple disorders, many treatment centers expect people to recover from one issue before addressing another.

OCD symptoms can interfere with addiction treatment and cause some people to resume substance abuse for relief. Addiction can make it harder to break OCD habits.

But this is exactly why dual diagnosis treatment is necessary. Relapse rates for both disorders are much higher if they aren’t addressed at the same time.

Dual diagnosis treatment programs recognize how co-occurring disorders exacerbate each other and give you tools to overcome both issues.

ERP repeatedly puts a person in a situation that triggers their OCD symptoms so they can learn to respond differently. CBT works through issues that cause OCD and teaches prevention techniques.

CBT is a cornerstone of substance abuse treatment, as well. Behavioral therapy may be combined with a broad range of treatment methods, such as exercise, art therapy, and meditation.

Dual diagnosis treatment through a whole-person approach nurtures you back to physical and mental health.

For more information about dual diagnosis treatment for OCD and addiction, speak with an Ark Behavioral Health specialist today.

Because benzodiazepines slow down your thinking and make you feel relaxed, they can ease anxiety symptoms caused by OCD.

However, most doctors only prescribe benzodiazepines for short-term use. That’s because they pose a high risk of abuse and addiction.

How Often Does OCD Co-Occur With Alcohol Use Disorder?

Some studies suggest that almost 25% of those diagnosed with obsessive-compulsive disorder (OCD) will develop alcohol use disorder (AUD) at some point in time.

However, more research may be required to fully understand the relationship between OCD and AUD.

Learn more about Alcohol Use Disorder And OCD