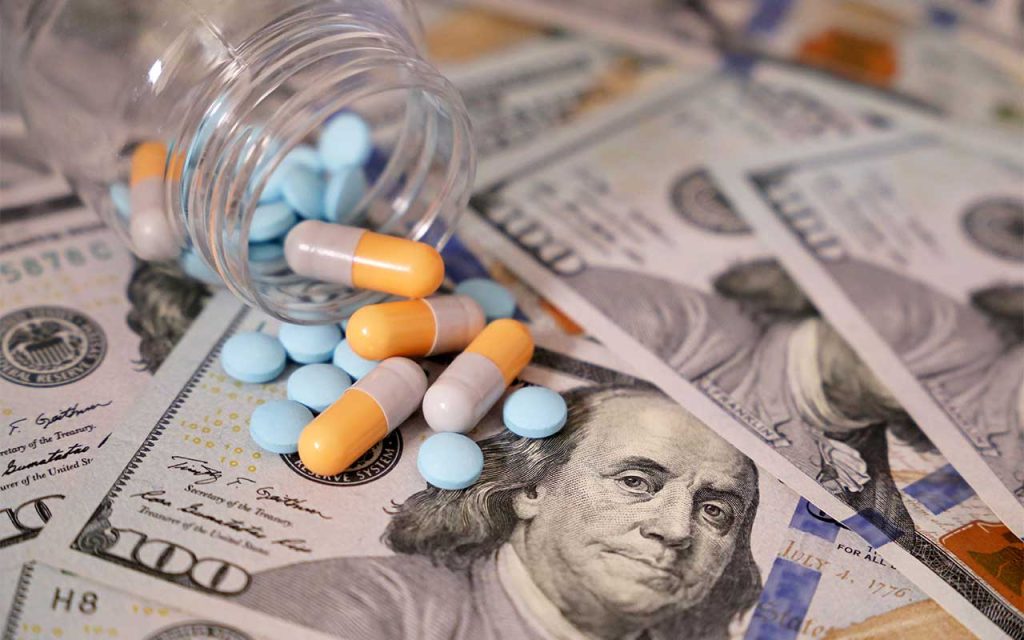 Adderall is a prescription drug that contains two stimulants: amphetamine and dextroamphetamine. It treats attention deficit hyperactivity disorder (ADHD) and a sleep disorder called narcolepsy. Common side effects include dry mouth, headache, and loss of appetite.

The United States Drug Enforcement (DEA) classifies Adderall as a Schedule II controlled substance. That means it poses a high risk of abuse and addiction. Prescription drug abuse occurs when you use a drug without following the instructions of your prescribing physician.

People abuse Adderall to increase energy, boost mood, or lose weight. When they can’t get a prescription for it, they turn to the black market, where the drug has various prices and names.

The average street price of Adderall ranges from $3 to $15 per pill. The exact price depends on numerous factors, particularly dosage, location, and authenticity.

To decrease production costs, some drug dealers sell fake Adderall. They use a device called a pill press to compress another substance (or substances) into the shape of an Adderall pill.

As with most prescription drugs, prescription Adderall costs much less than Adderall bought on the street. For example, depending on your location and insurance, a prescription for 30 20mg Adderall tablets can cost about $15. On the street, you could pay the same price for a single pill.

People who illegally buy and sell Adderall use street names to avoid detection by law enforcement. Common street names for Adderall include:

Some people also refer to Adderall using general street names for amphetamine. These include:

If you or someone you love struggles with Adderall abuse or another form of substance abuse, please contact an Ark Behavioral Health specialist.

Side Effects Of Adderall