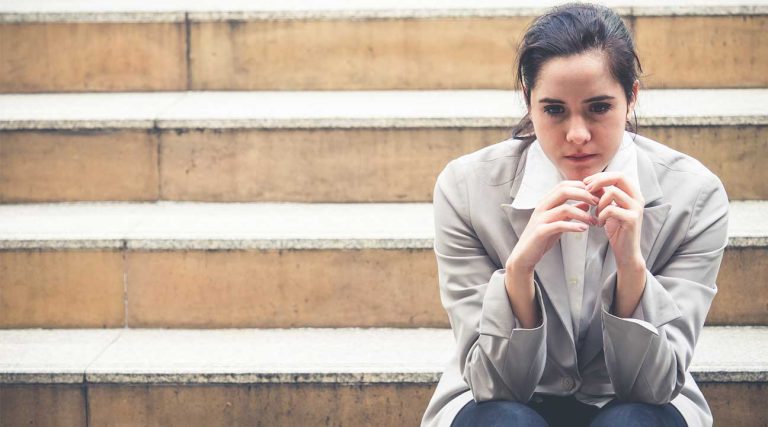 Since alcohol is legal and socially accepted, it’s not always considered a dangerous drug. But alcohol abuse destroys thousands of lives each year through overdose, dependence, and addiction.

If you drink a lot on a regular basis, you increase your risk of physical and mental health problems related to alcohol as well.

People who abuse alcohol drink too much, too often, or both. They may be drinking alcohol at dangerous times, such as before driving or when they’re supposed to be caring for a child.

While research continues on whether alcohol consumption is beneficial to health in any way, moderate drinking is generally accepted as low-risk. When someone engages in binge drinking or heavy drinking, they may develop an alcohol use disorder.

According to the Centers for Disease Control and Prevention (CDC), a “drink” is measured differently depending on the alcohol content:

Alcohol problems contribute to 88,000 deaths per year in the United States. That includes people who are killed by drunk drivers—not just the people who are drinking. Abusing alcohol can cause blackouts and increases the risk of unsafe behavior that affects you and those around you, like unprotected sex or driving under the influence.

How Does Alcohol Affect The Brain And Body?

Alcohol makes you feel good by relaxing your mind and body. It enhances the function of GABA, an amino acid that regulates brain activity and keeps you calm.

This slows down the central nervous system, which is responsible for vital functions like controlling the senses and muscles. Alcohol also affects the cerebellum, the part of the brain associated with balance.

In the short-term, alcohol can make you more talkative and lower your inhibitions. It impairs your judgment both physically and mentally, so you’re more likely to do things you wouldn’t normally do.

Binge drinking can slow your reaction time, throw off your balance, and even make it hard to see straight.

Alcohol misuse has been linked to long-term health effects in most of the vital organs, potentially causing liver disease and heart issues. It can also worsen mental health issues like anxiety and depression.

The longer someone abuses alcohol, the higher their risk of health issues later in life, even years after they stop drinking.

If you drink often, your brain adjusts its natural function to make up for the effects of alcohol so you don’t get too sedated. The same amount of alcohol won’t have as strong of an effect over time.

As alcohol tolerance develops, many people drink more to make up for it. Increased alcohol consumption raises the risk of physical dependence, alcohol use disorders, and addiction.

When someone consumes alcohol regularly, their body gets used to it and may react adversely if they skip their usual drink. Physical alcohol dependence can occur whether someone has one drink per night or five—as long as they’ve been drinking regularly for a while.

If you’re physically dependent on alcohol, you’ll likely experience withdrawal symptoms if you suddenly stop drinking. The more you drink, the more intense these symptoms will be.

Alcohol withdrawal symptoms include anxiety, depression, vomiting, and increased heart rate. In severe cases, you may experience delirium tremens, a dangerous condition that comes with hallucinations, fever, and seizures.

Can You Overdose On Alcohol?

Drinking too much in a short period can cause alcohol poisoning, a dangerous and potentially deadly condition.

If your central nervous system slows down too much, you could pass out and stop breathing. Not breathing for a prolonged period means no oxygen gets to your brain, which could create a higher risk for permanent brain damage.

Other alcohol overdose symptoms include:

Mixing alcohol with other drugs—especially depressants—increases the risk of overdose.

Alcohol dependence isn’t the same as addiction, though most people who are addicted are also physically dependent.

Addiction is a disease that occurs when alcohol alters the brain. An addicted person needs alcohol to function and they crave it. Even if they recognize their drinking is ruining their life and health, or causing legal problems, they’re unable to stop or cut back.

Other signs of a drinking problem include:

Some people can hide alcohol addiction for a long time and remain functional in daily life. But drinking heavily still affects their mental and physical health. Eventually, they’ll have to face the consequences of alcohol abuse.

Many people drink alcohol—and even drink regularly— without becoming addicted to it. Research is ongoing as to why some people become addicted to drinking alcohol and others don’t. But several risk factors can increase your chance of developing an addiction.

Heavy alcohol use over time increases the risk of an alcohol use disorder, as does starting at a young age. A family history of alcohol abuse can raise the chance someone will become addicted, due to genetic and environmental factors.

Learn more about How To Help An Alcoholic Family Member

Mental health issues like anxiety and depression often lead people to abuse alcohol. Poor mental health can stem from trauma, which is another risk factor.

Some people find that alcohol reduces feelings of stress and helps them cope, but drinking is a way of avoiding issues rather than working through them.

Society and culture can play a role in problem drinking as well. If your friends, family, and role models engage in heavy drinking, you may be more likely to do the same.

Addiction makes it hard to stop drinking, even if you want to. If you’re ready to break free from alcohol addiction, a comprehensive treatment program can help.

Alcohol addiction treatment often begins with medically assisted detox, which rids the body of alcohol. You’ll be monitored closely to ensure you go through the withdrawal process safely.

Since everyone’s experience with addiction is unique, the most effective treatment plans are tailored to individual needs. Treatment usually includes behavioral therapy, counseling, and support groups, as well as a blend of stress management techniques, like art therapy and yoga.

Medication-assisted treatment (MAT) may also be an option. There are three FDA- approved medications to treat alcohol addiction:

Many people have trouble overcoming alcohol addiction because of cravings and withdrawal symptoms. MAT combines medication and therapy to make it easier to stop drinking, avoid relapse, and focus on recovery.

To learn about our personalized rehab programs for alcohol and substance use disorders at Ark Behavioral Health, contact a treatment specialist today.

How Do I Know If I’m Drinking Too Much?

The National Institute on Alcohol Abuse and Alcoholism (NIAAA) defines drinking levels as moderate and heavy.

Learn more about Drinking Too Much

How Is Binge Drinking Defined?

Recent facts and statistics on alcohol abuse in the United States include:

What Is The Definition Of “Alcoholic?”

An alcoholic is a person who struggles with any combination of alcohol abuse, alcohol addiction, or alcohol dependence. In recent years, the term “alcoholic” is slowly being phased out, as it may be seen as stigmatizing language. However, it may still be heard in casual, non-medical settings.

To learn more, read What Is An Alcoholic?

How Do Alcohol Addiction Hotlines Work?

Hotlines/helplines are toll-free phone numbers that connect you with substance abuse or mental health services. Treatment specialists are staffed 24/7 to answer your call whenever you or a loved one needs help. All phone calls are confidential and don’t require any commitments.

Is There A Connection Between Alcohol Abuse & Depression?

Additionally, people with depression face twice the risk of developing alcohol use disorder (AUD) than the general population.

Learn more about the connection between Alcohol Abuse & Depression

Is There A Link Between Alcohol & Suicide?

Learn more about the link between Alcohol Abuse & Suicide

How Long Does Detoxing From Alcohol Take?

Detoxing from alcohol can take about one week on average. The severity and timeline of alcohol detox can vary depending on the patient’s drinking habits.

Learn more about How Long It Takes To Detox From Alcohol