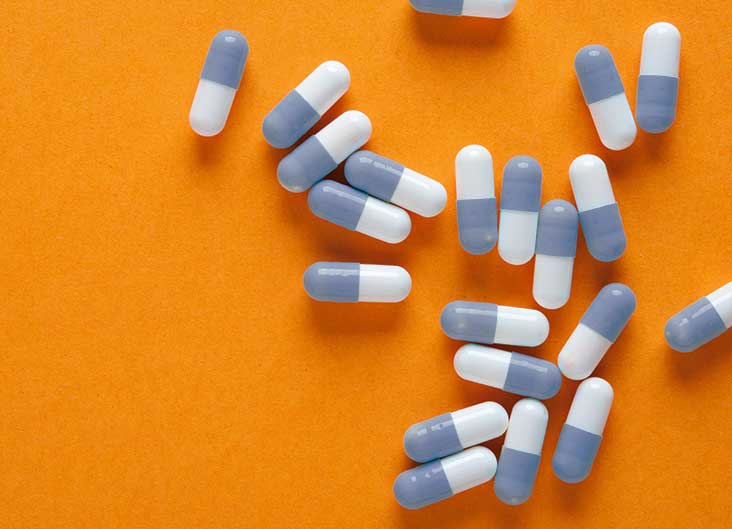 Monoamine oxidase inhibitors, also referred to as MAOIs or MAO inhibitors, are a class of drugs that were once widely used as antidepressants in the United States.

Today, however, MAOIs are used less often than newer antidepressant types, which are safer and less prone to side effects.

The most common MAOI drugs you are likely to encounter are MAOIs approved by the FDA for the treatment of depression:

However, a wide variety of other synthetic and natural MAOIs exist and are used for a variety of medical and non-medical purposes. Many other MAOI medications have been canceled and withdrawn from medical use for safety reasons or are only available in certain countries.

Common substances with MAOI properties you may want to be aware of include:

What Are MAOI Drugs?

Two particular enzymes known as monoamine oxidase A and B (MAO-A and MAO-B) are used to break down neurotransmitters like serotonin, melatonin, epinephrine, norepinephrine, and dopamine in the brain.

MAO inhibitors are drugs that inhibit or block the function of one or both of these enzymes. As a result, this leads to higher overall neurotransmitter levels which can help relieve symptoms of depression and other medical conditions.

Most MAOI drugs are taken orally with the exception of selegiline, which is available as a transdermal patch applied once each day.

MAOI antidepressant medications are generally non-selective, meaning that they inhibit both MAO-A and MAO-B, leading to increased levels of serotonin, norepinephrine, and dopamine in the brain. Non-selective MAOI examples include isocarboxazid, phenelzine, and tranylcypromine.

Selective MAOIs, on the other hand, only inhibit either MAO-B or MAO-A.

Inhibiting MAO-B leads to an increase in dopamine levels but not increased levels of other neurotransmitters. These drugs are most commonly used to treat Parkinson’s disease and include selegiline and rasagiline.

Reversible inhibitors of monoamine oxidase A (RIMAs) are used in the treatment of depression and dysthymia.

These newer and less common drugs tend to be safer in cases of overdose or adverse reaction, but are also somewhat less effective than non-selective MAOIs. Moclobemide is one example.

Other potential MAOI uses include the treatment of:

Side Effects Of MAOIs

MAOIs can help those with depression and other conditions by improving mood, mental outlook, and alertness, even when other drugs aren’t effective. However, this class of antidepressants is also associated with significant potential side effects, including:

MAOI drugs are associated with certain risks concerning blood pressure, interactions with other drugs, and discontinuation.

In addition to neurotransmitter regulation, the MAO-A enzyme also helps to regulate a compound known as tyramine, which influences blood pressure.

If MAO-A is inhibited, the body becomes less able to deal with changing tyramine levels. And high levels of tyramine, which are often consumed in common food and drink items, can then provoke an excessive blood pressure increase and a life-threatening complication known as a hypertensive crisis.

Accordingly, those taking MAOI antidepressants should observe dietary restrictions in order to avoid animal liver or any fermented substances, ruling out substances like:

Symptoms of serotonin syndrome can include:

Potential substances that can react with MAOIs in this way include other antidepressants (SSRIs, SNRIs, tricyclic antidepressants), triptans, stimulants, opioids, buspirone, and St. John’s wort.

Prolonged MAOI use is known to produce physical dependence along with withdrawal symptoms that can emerge when and if you stop taking the drug or reduce your dosage.

These temporary symptoms, known as discontinuation syndrome, may include:

If you or a loved one struggle with drug abuse and addiction in combination with depression and anxiety, please consider reaching out to Ark Behavioral Health today for professional dual-diagnosis care.

How Effective Are MAOIs For Depression?

MAOIs can be effective in treating atypical forms of depression, as well as treatment-resistant depression. The risk of food and drug interactions, as well as serious side effects, may reduce the effectiveness of MAOIs in some populations.

Are MAOIs Or SSRIs Better For Depression?

Whether MAOIs or SSRIs are better for depression really depends on the person and their specific symptoms. However, SSRIs don’t have as many severe side effects and interactions with drugs and certain foods as MAOIs. For that reason, SSRIs are often prescribed more.

Learn more about MAOIs Vs. SSRIs

Is Your Antidepressant An MAOI?

Monoamine oxidase inhibitors (MAOIs) are the first antidepressants ever created. They typically have more serious side effects than newer antidepressants. In particular, they can cause dangerous spikes in blood pressure when taken with certain medications or foods.

Because of these side effects, it’s important to know whether the antidepressant you’re taking is an MAOI.

Learn more about what drugs are MAOIs