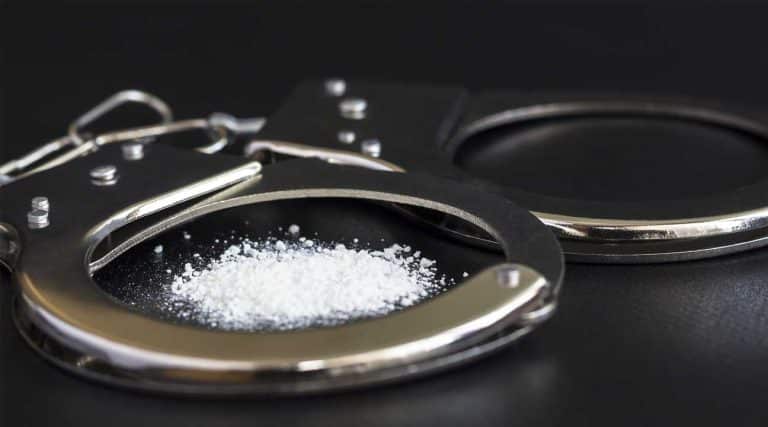 Most illicit drugs are very addictive. The risk of overdose is high because the manufacturing process of these substances isn’t monitored. If you’re struggling with illicit drug abuse, finding treatment now may save your life.

Illicit drugs are controlled substances, and most of them aren’t even approved for medical use. There are criminal consequences for possessing, selling, or using them illegally.

In 2017, more than 11 percent of U.S. citizens aged 12 and older reported using illicit drugs. Many of these people have an illicit substance use disorder, which makes it a challenge for them to stop drug abuse without treatment.

Illicit drug abuse can lead to physical dependence, addiction, and overdose. Depending on the substance you use, illegal drugs come in many forms and have a wide range of effects and health risks.

Heroin is an opioid drug that targets receptors in the brain to block pain and produce euphoria. As a central nervous system depressant, it can also give you a sense of relaxation. Heroin is very addictive. Prolonged use can lead to physical dependence, as well.

Most people use heroin by injecting it into their veins, muscles, or skin. The drug can also be snorted or smoked, though these methods are less common. Heroin abuse can cause long-term health problems, including liver disease, kidney disease, or lung disease.

Cocaine is a stimulant drug that increases dopamine levels, leaving you with a pleasant feeling and a burst of energy. It may also make you more talkative and hypersensitive.

Because cocaine takes effect quickly and soon wears off, many people take it repeatedly, increasing the risk of addiction.

Snorting (insufflation) is a common way of using powdered cocaine, while crack cocaine is usually smoked. Some people rub cocaine on their gums, leading to tooth and gum decay.

Long-term cocaine abuse can cause many negative health effects, like panic attacks, psychosis, and heart problems.

Methamphetamine is a highly addictive stimulant drug that works similarly to cocaine and other stimulants. It produces a brief rush of euphoria and energy, which prompts a “binge and crash” pattern, in which you take it repeatedly to avoid losing its effect and are eventually exhausted.

The reward you get from increased dopamine when you use methamphetamine can make you crave the drug and quickly become addicted to it.

Methamphetamine comes as a crystal or powder that can be snorted, smoked, or injected. People suffering from meth addiction often experience itchy skin sores, tooth decay, and extreme weight loss.

While marijuana is legal in 11 states and is widely approved for medical use, it’s still an illicit drug. Eight states don’t allow any legal use of marijuana, and there are criminal consequences for using it without a medical card in many others.

Marijuana is a psychoactive drug that can have a different effect, depending on the individual. Some people experience relaxation and euphoria. Others have heightened senses, and they may become paranoid.

In the past, smoking the marijuana plant was the most popular method of abuse. THC, the psychoactive ingredient in marijuana, can now be found in oil and edibles (like brownies and gummies) as well.

Many people think marijuana is harmless, but it can be addictive. If you use it regularly, you’ll likely have psychological withdrawal symptoms if you stop, such as anxiety, irritability, and insomnia. These symptoms can drive you back to the drug for relief.

Hallucinogens are drugs that change the way you think, feel, and perceive the world around you. You may have hallucinations, feel disconnected from reality, or feel like you’re not in your own body.

Ecstasy (MDMA or Molly) is both a hallucinogen and a stimulant. It can make you feel more open and connected to people around you and gives you increased energy, too.

Hallucinogens come in many forms and may be snorted, injected, smoked, or swallowed, depending on the drug. Abusing these drugs can lead to memory problems, depression, or psychosis.

Inhalants are household items that you inhale to produce a high. They contain toxic chemicals that alter the mind, causing hallucinations, intoxication, and euphoria.

Inhalants include solvents, aerosols, gases, and nitrites, such as:

Since inhalants are easily accessible and seem non-threatening, they’re often abused by children and teenagers. These substances can damage the liver, kidney, nerves, and brain.

There’s a risk of overdose with any drug if you take too much, use it too often, or mix it with other drugs. Overdose symptoms vary depending on the drug.

An overdose on depressant drugs like heroin causes difficulty breathing, which can cut off oxygen to the body and brain. Stimulant overdose may result in a rapid heart rate, overheating, and seizures.

Because illicit drugs aren’t monitored by any reputable source like prescription drugs are, they could be laced with anything. Some contain substances that shouldn’t be ingested, like laundry soap. Some are combined with more potent drugs, which can have unexpected effects.

You might be afraid to ask for help if you overdose on an illicit drug, since you may face criminal consequences for using it in the first place. Overdose death often results from people not getting the medical attention they need because of this fear.

Some states—but not all—have Good Samaritan laws that protect people who overdose as well as those who call for help so they won’t risk punishment for saving a life.

Many of the most addictive substances are illicit drugs. With prolonged use, your brain adjusts to work less efficiently on its own and needs the drug to function.

You may also develop a physical dependence on some illicit drugs, like heroin. If you’re dependent on a drug and suddenly stop using it, you’ll experience uncomfortable—and possibly dangerous—withdrawal symptoms.

When you’re addicted, you lose control over your drug use and are usually unable to stop or cut back on your own.

Signs of illicit drug addiction may include:

Addiction can have a devastating effect. The more severe it becomes, the more drugs become the center of attention, and everything else gets neglected. You may experience broken relationships, job loss, and health problems.

But there’s always hope if you ask for help.

Treatment options for drug addiction can vary based on the drug (or drugs) you abuse. Most reputable drug rehab programs create individualized treatment plans, so you receive the best care for your needs.

To learn about our treatment options for illicit drug addiction at Ark Behavior Health, reach out to one of our treatment specialists today.