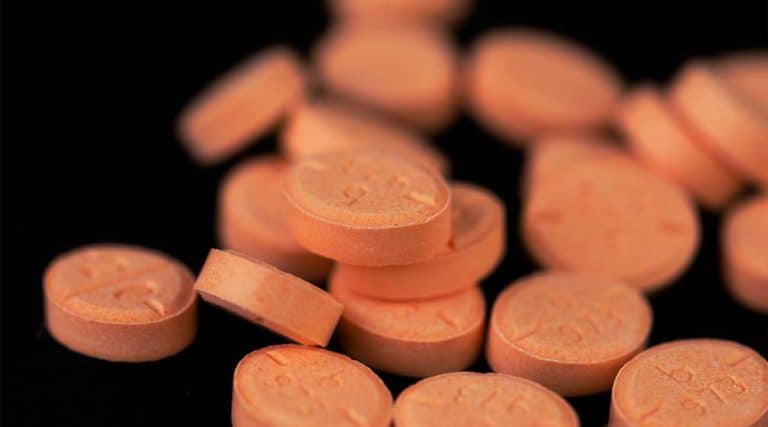 Methylphenidate, brand name Ritalin, is a commonly abused prescription drug. Ritalin is usually prescribed to treat attention deficit hyperactivity disorder or ADHD. It may also be used to treat narcolepsy, depression, and other mental health issues.

Ritalin is one of the most widely prescribed stimulant medications in the United States. Young adults are the most common recipients of Ritalin. Like many other prescription drugs, Ritalin has seen widespread drug abuse throughout the years.

The effects of Ritalin can range from positive to negative, especially if it’s used improperly.

Ritalin is a central nervous system stimulant, which increases overall brain activity. Specifically, it causes the brain to produce more dopamine. Dopamine is a chemical that affects motivation and pleasure.

In a typical brain, dopamine is produced in normal amounts. A number of mental health issues, including ADHD and narcolepsy, may be caused by a lack of dopamine. Methylphenidate attempts to fix this imbalance by stimulating more dopamine production.

Ritalin is often compared to Adderall. Both are ADHD medications, but they belong to different classes of drugs. They also affect your body in different ways.

Adderall is an amphetamine-dextroamphetamine, while Ritalin is a stimulant known as methylphenidate. Both affect the central nervous system.

Adderall and other amphetamines also increase norepinephrine in the brain, a chemical that controls your body’s blood pressure and heart rate.

Learn more about Ritalin Vs. Adderall

Always practice responsible drug use. Stimulant drugs such as Ritalin can have serious side effects if used improperly.

You may experience other side effects if you stop taking Ritalin suddenly. It’s important to follow the dosage recommended by your doctor or pharmacist and to stop taking it over a long period of time.

Many people abuse prescription drugs by ignoring the recommended dosage. If you do not follow your doctor’s dosage, you may be putting yourself at risk for Ritalin abuse.

Long-term use of prescription stimulants may also lead to addiction. Talk to your doctor to set up a plan to stop taking Ritalin. Otherwise, you may put yourself at risk for Ritalin addiction. Ritalin abuse and addiction can have many adverse health effects.

Side Effects Of Ritalin Use

Ritalin use may cause side effects even if taken properly, including:

The abuse potential of Ritalin is high due to its availability and popularity. College and high school students may take it to increase their concentration—even without a prescription.

Methylphenidate is usually taken in the form of pills or liquid. However, Ritalin abuse also involves other ways of taking the drug.

Snorting Ritalin is a common method of drug abuse. When Ritalin is crushed and inhaled, it will have stronger effects on the brain and body. Dopamine will flood the brain at a rapid rate, resulting in a sudden rush of positive feelings.

Side Effects Of Ritalin Abuse

The side effects of Ritalin abuse are also noticeable. They are so strong that they are often compared to amphetamines. Amphetamines and methylphenidate affect the central nervous system similarly, which is why they have similar side effects when abused.

Side effects of Ritalin abuse include:

A severe lack of awareness is known as disorientation. A disoriented person may not know where they are and what is around them. This may extend to a decreased sense of self.

Brief spells of extreme happiness are known as euphoria. This is the side effect that many people who abuse Ritalin seek. If a person is acting giddy in a serious environment, this may be a sign of Ritalin abuse.

Delusions mostly include strong, sudden suspicions of people and places. They are also irrational, with little reasoning or grounding to back up their claims.

Long-term Ritalin use, both proper and improper, can lead to addiction. Ritalin addiction has a number of direct symptoms and withdrawal symptoms.

A body that is tolerant to stimulant use may experience withdrawal symptoms. Methylphenidate changes brain chemistry by affecting dopamine levels. The body may react when this drug is taken away suddenly.

Symptoms of Ritalin withdrawal are usually linked to a lack of dopamine, and may include:

People with Ritalin addiction are at higher risk of overdose. Overdose has both mental and physical side effects.

It is important to spot potential signs of overdose before the situation gets out of control, which may include:

Many of these symptoms show up suddenly. If you see these symptoms in a family member or loved one, make sure to reach out and get professional help right away.

Substance abuse is a serious matter, regardless of the substance that is being abused. While not always life-threatening, drug abuse can have long-lasting effects on a person and the people around them.

It’s important that you find the best plans for yourself, your family members, and your loved ones.

Addiction treatment options for Ritalin abuse may include:

To learn more about the treatment options available at Ark Behavioral Health, please contact us today.

How Long Does Ritalin Stay in Your System?

How long Ritalin stays in your system varies from person to person. While the half-life is from 1-5 hours, there are various factors like age, metabolism, and how often you take the drug that can cause it to stay in your system for longer or shorter periods of time.

To learn more, read How Long Does Ritalin Stay In Your System?