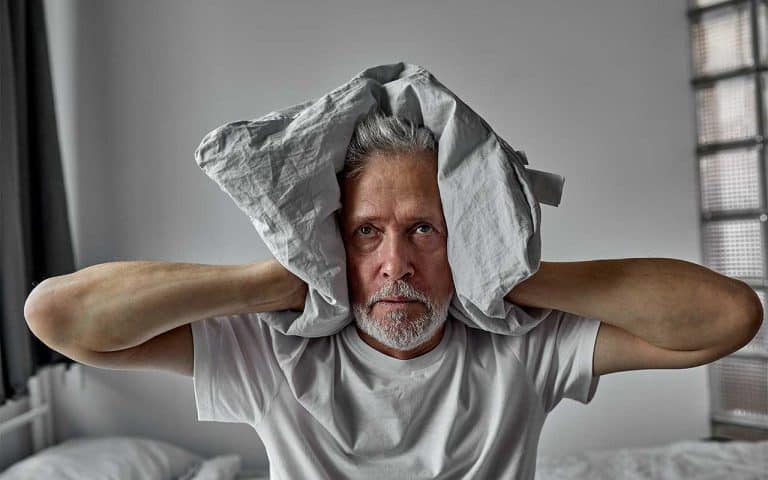 Schizophrenia and addiction are serious mental illnesses that are often diagnosed together. There is evidence that having either one of a substance use disorder (SUD) or schizophrenia can increase your risk of developing both.

Alcohol or drug abuse is often a serious sign of a substance use disorder. If addiction and schizophrenia are diagnosed together (comorbid), the side effects can be severe, especially in the long term.

Drug addiction can make these symptoms worse and introduce new symptoms into a patient. Symptoms of comorbid schizophrenia and addiction may be seen in how a person acts, which can include:

Schizophrenia is a complex mental disorder. The development of schizophrenia is often later in life (from the late teens to the early thirties), which can make finding its exact causes difficult.

Certain genetic and environmental factors can lead to an increased risk of developing these co-occurring disorders. One mental disorder may also lead into the other. Having schizophrenia can increase your chances of a substance use disorder, and vice versa.

Genetics also have a link to schizophrenia, but it is unclear which specific genetics can pass the condition on.

Patients struggling with schizophrenia may turn to substance abuse to self-medicate, or manage their symptoms. They may be pressured to take drugs, feel the need to fight negative symptoms to be more functional, or simply want to feel more in touch with reality.

Substance abuse may alleviate symptoms in the short-term, but can be much more harmful in the long-term, often causing dependency and drug addiction.

Can Chronic Substance Abuse Cause Schizophrenia?

Long-term substance abuse can lead to drug addiction. It may also come with an increased risk of developing schizophrenia.

A 2016 study from Denmark showed a link between substance abuse and the onset of schizophrenia. Cannabis use and alcohol abuse had the strongest links out of the substances tested.

Other studies have shown similar links between early cannabis use and psychotic symptoms later on in life, though these studies could not set up a conclusive link. More research may be needed to clarify the connection between substance use and schizophrenia.

Schizophrenia is often linked to problems with the neurotransmitter dopamine. Dopamine is a chemical in the brain that controls reward and motivation. In schizophrenic patients, dopamine reward pathways may work differently.

Co-occurring mental disorders can be difficult to treat. Comorbid schizophrenic patients may be less likely to stick with long-term treatment programs compared to patients without comorbidity.

These approaches may involve learning and practicing skills to manage living with schizophrenia, while learning coping skills that do not involve drugs or alcohol.

If you or a loved one lives with schizophrenia, you may feel disconnected from reality. A substance abuse problem may only worsen matters and make you feel like nothing or no one else can help you.

Comorbid mental health disorders can be difficult to live with, but treatment options can help you get on the road to recovery. A dedicated inpatient or outpatient program at a treatment center may involve intensive therapy, interventions, and other methods.

To find the best treatment available to you, talk to your healthcare professional or contact us today.

Is There A Link Between Schizophrenia & Heroin Use?

There is little evidence that heroin use can lead to schizophrenia, but people with schizophrenia may use heroin to self-medicate psychotic symptoms.

Learn more about Schizophrenia And Heroin Use

Can Schizophrenia Co-Occur With Cocaine Addiction?

Those with mental health disorders, including schizophrenia, are significantly more likely to abuse substances like cocaine. Cocaine is also known to aggravate many symptoms of schizophrenia and greatly complicate treatment efforts.

Learn more about Schizophrenia And Cocaine Use

Meth-induced psychosis is caused by meth abuse, while schizophrenia is a mental health disorder with many possible causes. They may have similar symptoms in many cases, but their root causes are almost always separate from each other.

Learn more about Schizophrenia And Meth Use

Can Alcohol Use Cause Schizophrenia?

While alcohol use does not cause schizophrenia, it can worsen or trigger the onset of symptoms. Family history, environment, and brain structure can interact and increase the risk of a dual diagnosis.

Learn more about Alcohol Use Disorders And Schizophrenia