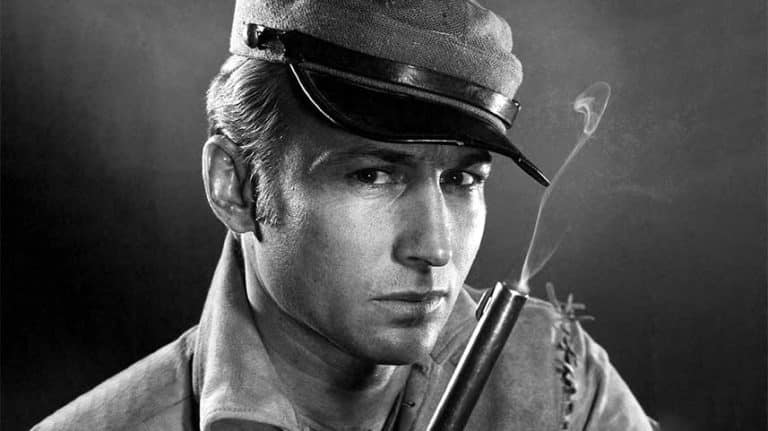 Nick Adams was an American film and television actor known for his roles in Hollywood films and TV series during the 1950s and 1960s. He was also known as a friend to both James Dean and Elvis Presley.

Unfortunately, his life was filled with struggle as he tried to make it big in the movie business again and again. That struggle ended when he died of a drug overdose at the age of 36.

How And When Did Nick Adams Die?

Nick Adams was found dead in his Coldwater Canyon home in Beverly Hills on February 7, 1968. He was 36 years old.

He was found by his attorney Ervin Roeder. Adams was supposed to meet with Roeder for dinner but when he didn’t show up, Roeder went to his home to look for him.

With all the doors locked and Nick not answering, Roeder broke into the house and found Nick sitting beside his bed.

An autopsy was performed by the Los Angeles County Coroner. Nick had taken a combination of two different central nervous system (CNS) depressants. They were the sedative paraldehyde and the tranquilizer promazine. Together, they were lethal.

Paraldehyde was often given to those struggling with alcohol abuse to control delirium tremens (DTs). Nick had possibly lived with alcohol addiction, so it makes sense that he would have that medication. It also happened to be prescribed to him by his own brother, Dr. Andrew Adams.

The coroner, Dr. Thomas Noguchi, concluded that Adams’ death was likely a suicide but he couldn’t be sure. He labeled the cause of death both an accidental suicide and “undetermined.”

Nick Adams’ history of substance abuse is documented in the last two years of his life.

In 1967 and 1968, Adams started drinking alcohol profusely to deal with the stress of his marriage, his career being on a downward spiral, and his income quickly depleting.

Nick Adams received a prescription for paraldehyde which was used to control DTs, a severe withdrawal symptom caused by alcohol use disorder. However, beyond that, he didn’t likely receive any other type of addiction treatment during his life.

His parents were Catherine and Peter, a Ukrainian immigrant and coal miner. The family moved to Jersey City, New Jersey when Nick was 5 years old after his uncle died in a mining accident.

He started his acting career in New York but had no luck there and eventually moved to Hollywood.

In Hollywood, he started out getting small roles in commercials, television series, and movies, but eventually the roles got bigger. However, the fame and money he received from those roles never lasted.

He was in a number of movies and TV shows but was most well-known for The Rebel, a Civil War-era ABC TV series where he played Johnny Yuma. He received an Oscar nomination for Best Supporting Actor for his role in Twilight of Honor.

Nick Adams also had roles in Saints and Sinners, Hell is For Heroes, Picnic, No Time For Sergeants, Love Me Tender, Monster Zero, Pillow Talk, The Last Wagon, and Frankenstein Conquers the World. He also played Chick in Rebel Without A Cause.

He met James Dean in 1950 on the set of a commercial they were both filming. They quickly became friends.

Adams ended up meeting Elvis Presley after James Dean’s death. Elvis was a fan of James Dean and the two bonded over their love of him. Admas was also close with and possibly dated film star Natalie Wood.

In January 1952, Adams was drafted into the United States Coast Guard. At the time, he was working on a film called Somebody Loves Me, quickly wrapped up the job (he only had one line), and went to complete his duty.

When he returned to the U.S. in 1954, he impressed legendary director John Ford and starred alongside Henry Fonda in Mister Roberts.

Adams married Carol Nugent in 1959 and they had two children, Allyson Adams and Jeb Stuart Adams.

With the amount of addiction treatment options there are today, you don’t have to struggle alone. At Ark Behavioral Health, we know that one size does not fit all when it comes to addiction. It’s why we help you customize a treatment plan to fit your needs.

We offer a wide range of treatment options including detox, inpatient and outpatient care, medication-assisted treatment, and aftercare support services.