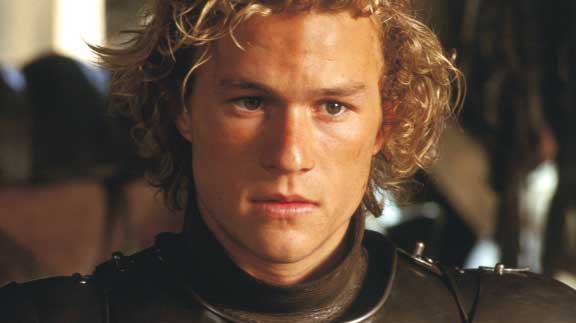 Heath Ledger was well-known for his acting abilities, but he’s also known as a Hollywood movie star whose life was cut short too soon.

While it’s unclear if Ledger struggled with addiction, polydrug abuse contributed to his tragic overdose death on January 22, 2008.

Heath Andrew Ledger was born April 4, 1979 in Perth, Australia to Sally Bell and Kim Ledger. He started out acting in several Australian television shows and movies in the 1990s and moved to the United States in 1998 to further his career.

This led to the movies he’s best known for, including:

Posthumously, Ledger received many awards for his role as The Joker in the Batman film The Dark Knight. The awards included an Oscar, a Golden Globe, and a BAFTA Award for Best Supporting Actor.

For Brokeback Mountain, the actor was nominated for both a Golden Globe and an Academy Award. It was on that film that Ledger met Michelle Williams, who he would eventually have a daughter Matilda with in October 2005.

In September 2007, Ledge and Williams announced their separation and he moved from their house in Brooklyn to a Soho apartment.

It was rumored that they separated because of his abuse of prescription medications. After the separation, his issues with prescription drugs became more of a problem.

How Did Heath Ledger Die?

Actor Heath Ledger died at the age of 28 on January 22, 2008 in his Manhattan apartment. He was found unconscious and naked on the floor by his housekeeper and masseuse. They tried to revive him but were unsuccessful. By the time they called for help, it was too late.

According to the New York City medical examiner’s office, Heath Ledger’s death was caused by acute intoxication due to an accidental overdose of prescription medications. The medications included:

As he was struggling with stress and insomnia, he may have taken these painkillers, sleeping pills, and anti-anxiety drugs for sleep and relief. However, the combination likely stopped his heart and lung function, which in turn stopped his breathing.

After the funeral, his family took him back to Australia where he was cremated.

Months before his death while working on The Imaginarium of Doctor Parnassus, Ledger was clearly struggling with his insomnia. He would sometimes only get two hours of sleep a night.  Even his co-stars could tell.

He started with one Ambien pill, which wasn’t effective, so he took another. However, it still wasn’t helping. In what was likely a desperate attempt for some relief, he started mixing sleeping pills and other prescription drugs.

Due to his breakup from Williams, he was likely struggling emotionally and he may have been using prescription drugs to cope.

Finally, there is some anecdotal evidence that Ledger used marijuana, cocaine, and other substances throughout his career.

There is no information on whether Ledger attended addiction treatment. There is a rumor that Michelle Williams drove him to a rehab center in Malibu, but it’s unclear whether that is true or not.

Had Ledger attended a professional rehab program for his drug use and mental health issues, he might still be with us today.

If you or a loved one live with prescription drug addiction, you don’t have to suffer alone. At Ark Behavioral Health, recovery is possible with a customized treatment plan designed for your specific needs.

To learn more about how we can help, please contact us today.