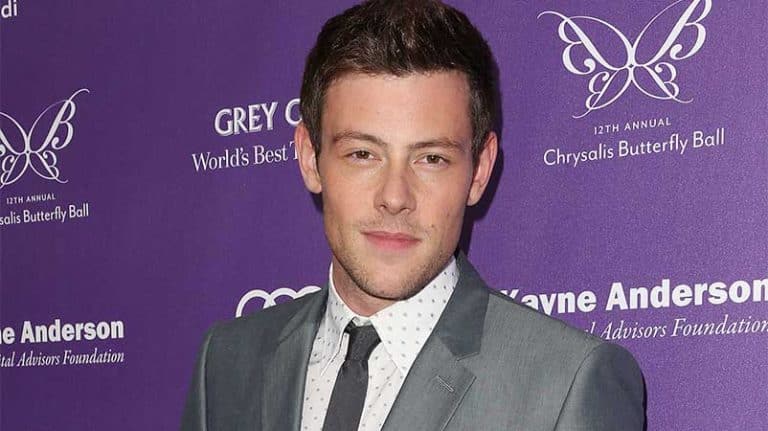 Cory Monteith was a Canadian actor known for portraying Finn Hudson in Glee. He struggled with substance abuse most of his life and started using at a young age. Unfortunately, while he did seek help several times, he died of an alcohol and drug overdose at the age of 31.

Cory Allan Micheal Monteith was born in Calgary, Alberta, Canada on May 11, 1982, to mom Ann McGregor and father Joe Monteith. His parents divorced when he was seven years old and he and his brother Shaun were raised by their mother in Victoria, British Columbia.

At age 13, he started using alcohol and marijuana and began skipping school. He ended up attending 16 different schools including a program for troubled teens.

At age 16, he dropped out of school altogether. At that time, his drug and alcohol abuse became more severe and he stole to fund his addiction. At 19, his mother and several friends staged an intervention and he entered a rehab program for the first time.

He went on to receive his high school diploma in 2011 from the alternative school he attended in Victoria.

Once he moved to Hollywood, he starred in a few small roles but then received his big break in 2009 with the Fox TV series Glee. He played football player Finn Hudson who eventually joins the Glee Club and becomes one of its stars. He also dated his Glee co-star Lea Michele.

He was nominated for many awards as an actor including a Screen Actors Guild Award and a People’s Choice Award. After Monteith’s death, he was featured in an In Memoriam segment at the 2013 Emmys.

While he died in Vancouver, he was living in Los Angeles at the time of his death.

How Did Cory Monteith Die?

His cause of death was determined to be mixed drug toxicity involving intravenous heroin use and the ingestion of alcohol. The police determined there was no foul play in his death.

Monteith was found at the Fairmont Pacific Rim Hotel. He was supposed to check out that morning. When he didn’t, hotel staff checked his hotel room and found his body.

Monteith struggled with substance abuse since the age of 13. While he received help multiple times, he also relapsed several times as well. His final relapse is what led to his death.

During his life, he struggled with addiction to many substances including alcohol and heroin.

He first started using to try to make friends and fit in. Once he became famous, he started using again to try to escape fame and attention. He discussed his addiction issues many times in interviews and with his castmates.

In fellow Glee actor Naya Rivera’s book, Sorry Not Sorry: Dreams, Mistakes, and Growing Up, she spoke about how Monteith told the whole Glee cast about his substance abuse issues, but also noted he acted differently in the months before his death.

Monteith sought help for his drug and alcohol addiction several times. His mother and friends planned an intervention when he was 19 and that led to addiction treatment. He also checked into rehab in March 2013.

That last rehab stay occurred after another intervention was held with the co-creator of Glee, Ryan Murphy, and other cast and crew members. He completed that treatment at the end of April 2013, just a few months before he died.

Drug and alcohol addiction can be difficult to recover from, but recovery is possible. If you or a loved one need help, Ark Behavioral Health can guide you on your recovery journey with evidence-based services, a community of support, and ongoing care to fit your needs.

To learn more about our inpatient and outpatient treatment services, please contact us today.