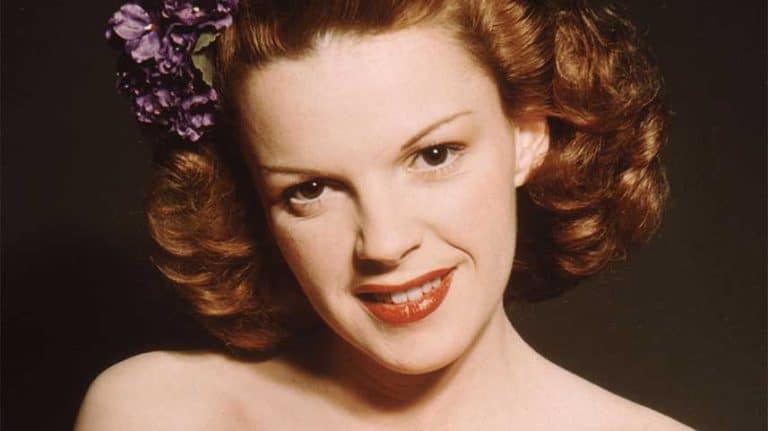 Judy Garland suffered a fatal barbiturate overdose on June 22, 1969 at the age of 47. Before her death, Garland gained love and fame as an American Hollywood actress and singer, earning lead roles in The Wizard of Oz, Meet Me in St. Louis, and A Star is Born.

Garland earned multiple Golden Globes, Grammy Awards, and Academy Awards for her performances. By the time of her death and afterwards, she was recognized as one of the most iconic and tragic stars of Hollywood’s Golden Age.

Judy Garland struggled to maintain stable relationships and healthy patterns of drug use throughout her career. It is likely that the rigors of show business even encouraged her to rely on drug abuse to maintain her figure and image.

Garland was born Frances Ethel Gumm on June 10, 1922 in Grand Rapids, Minnesota, to parents who worked in Vaudeville.

From a young age, her mother saw Frances’ potential as a child star and beyond. Frances performed with her two older sisters in a dance act known as The Gumm Sisters, before she spent her childhood performing and traveling across America with her mother.

She was renamed Judy Garland and made her film debut in 1936, before starring in her most iconic role in 1939—The Wizard of Oz’s Dorothy. In that film, she delivered a Grammy-winning performance of “Over The Rainbow.”

Later in life, she had successful roles in Meet Me in St. Louis, Summer Stock, and A Star is Born.

Despite her status, Garland had a tumultuous professional life. She was suspended by MGM multiple times due to behavioral issues and difficulties cooperating with the cast and production staff. Her relationships and drug use habits often interfered with an otherwise storied career.

The Personal Life Of Judy Garland

Judy Garland’s personal life was often inseparable from her career. She had marriages and romantic relationships with celebrities and figures such as David Rose, director Vincente Minnelli, who worked with Garland on several films, singer Frank Sinatra, Mark Herron, and Mickey Deans.

Garland had children with several partners. Her children Joey and Lorna Luft were born during her marriage to manager Sid Luft. Her daughter Liza Minnelli, born during Garland’s marriage with Vincente Minnelli, followed in her footsteps as a performer.

Garland’s tumultuous personal life may have resulted from a long career in show business and heavy drug abuse.

Her difficulties also extended to her health. By the time of her death, Garland suffered from numerous chronic ailments such as nervous breakdowns, hepatitis, weight fluctuations, and several attempts at suicide.

How Did Judy Garland Die?

Judy Garland suffered an overdose from secobarbital on June 22, 1969, in Belgravia, London.

Her cause of death was ruled an accidental overdose of barbiturates, which may have caused fatal breathing problems. Despite her previous attempts at suicide, it is widely believed that her death was not intentional.

Towards the end of her life, audience members noted Garland’s dysphoric mood and haggard appearance when performing on stage.

Personal accounts from her performances at London nightclub Talk of the Town report her smoking and drinking onstage during performances, while off-stage she engaged in heavy drug abuse to cope.

Garland was survived by her three children. Her daughter Lorna reflected in a 2017 interview that her mother was a victim of the unrealistic demands given to movie stars and performers.

Judy Garland engaged in drug use even as a child, as a means to cope with the rigors of being a performer. Her mother recalled giving Garland energy and sleeping pills before she was ten years old.

As she transitioned into a film career, Garland was given amphetamines by on-set doctors for weight management. She was also placed on a strict diet and her weight was monitored constantly.

By the time she played Dorothy at 17, articles suggest she was already struggling with amphetamine and barbiturate addiction.

Some believe her amphetamine use led to a lifelong battle with alcohol and drug addiction. She continued to take various prescription drugs and alcohol until the end of her life. Her drug use was even promoted by studio doctors.

Did Judy Garland Try To Get Help?

According to some sources, Judy Garland underwent several stints in psychiatric hospitals.

Some say that she attempted electroshock therapy and hypnosis, though this information is not verifiable. The psychiatric measures Garland took may not have been effective in stopping her drug use.

Her daughters Liza Minnelli and Lorna Luft have documented their own struggles with drug addiction, and both are open about attending rehabilitation programs in the past.

Drug addiction and abuse can be life-threatening conditions for people from all walks of life. However, recovery is possible for anyone willing to try.

For information on how we support every patient with individualized treatment plans, please contact us today.