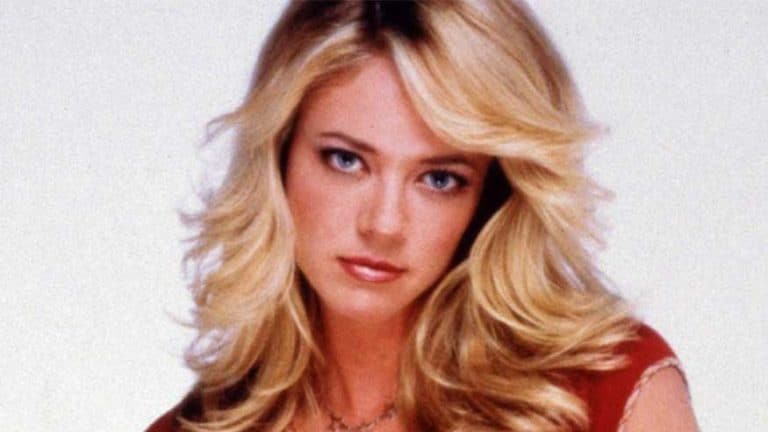 For those who tuned in through the mid 2000s, That ‘70s Show was an instant classic, despite the secondary characters’ tendencies to drop in and out as seasons progressed.

But actress Lisa Robin Kelly’s history on the show was even more volatile than most, and her ultimate fate was both tragic and all too common. She died of a drug overdose in August 2013.

Kelly voluntarily checked herself into a rehab facility in August, 2013. She was found dead in her sleep days later on August 15th, 2013, at the age of 43.

Initially, the cause of death was a mystery as no signs of foul play or substance abuse were said to be found in her room.

However, in January 2014, The Los Angeles County Department of Medical Examiner-Coroner concluded that Kelly’s death had occurred due to oral multiple drug intoxication (polydrug overdose).

Lisa Robin Kelly was born in Connecticut in 1970 and grew up in Mooresville, North Carolina. She attended the Theatre School and DePaul University in Chicago and in 1992 earned her BFA in acting.

That same year, Kelly debuted on a single episode of Married… with Children.

Additional appearances around this time include the b-films Amityville Dollhouse, Late Last Night, and Jawbreaker.

Kelly’s biggest role would come with the new Fox sitcom That ’70s Show in August of 1998.

This much-beloved comedy series follows the lives and misadventures of six high schoolers living in the fictional small town of Point Place, Wisconsin in 1976. After leaving Netflix in 2020, the show is still rebroadcast on cable, as of this writing.

Kelly was chosen to play Laurie Forman, the older sister of everyman protagonist Eric Forman. She was 28 at the time, and as a recurring character joined co-stars including:

Despite being a regular character in Seasons 1-3, and reappearing in the show’s fifth season, Kelly’s character was, in-universe, sent away to beauty school and ultimately Canada, and Laurie’s on screen portrayal was taken over by Christina Moore in season 6.

Laurie Forman was a memorable blonde bombshell. Attractive, wild, troublemaking, and manipulative, she was always ready to give as good as she got in testy onscreen squabbles.

Offscreen though, Kelly was struggling, and would later admit in an interview with ABC News that she lost her regular role on the show because of a drinking problem related to the trauma of a miscarriage.

This interview came two years after North Carolina police officers arrested Kelly for driving while intoxicated (DUI). She pled guilty to this charge in court in 2010 and was ultimately sentenced to a fine and 12 months of unsupervised probation.

Again, in 2012, Kelly was arrested by Los Angeles County Sheriffs and charged with domestic violence following a complaint made by her ex-boyfriend, John Michas.

It was this event that prompted her ABC interview, in which she denied abusing Michas or being high at the time of the incident. The Los Angeles County District Attorney ultimately declined to file charges.

Later that year, police in North Carolina would arrest Kelly and her husband, Robert Joseph Gilliam, after a disturbance, and both would be charged with assault before being released on bond. Kelly would file for divorce and a restraining order against Gilliam as result.

In June of 2013, the year of her death, Kelly would be arrested for a DUI after her parked car was found blocking traffic on the I-5 freeway in California.

In August 2013, Kelly’s ex-boyfriend and current roommate John Michas took Kelly to the Pax Rehab House in Altadena, California, an inpatient drug and alcohol recovery center, where she later died.

According to Kelly’s agent, Craig Wyckoff, Kelly had been hoping to start a new chapter after years of struggling with substance abuse.

Substance use disorder is a diagnosable and treatable medical condition with professional care and support.

Despite the circumstances of Kelly’s death, the best way to address addiction is through inpatient or outpatient rehabilitation services, including those offered by our treatment centers.

If you would like to learn more about how we can help, please contact Ark Behavioral Health today.