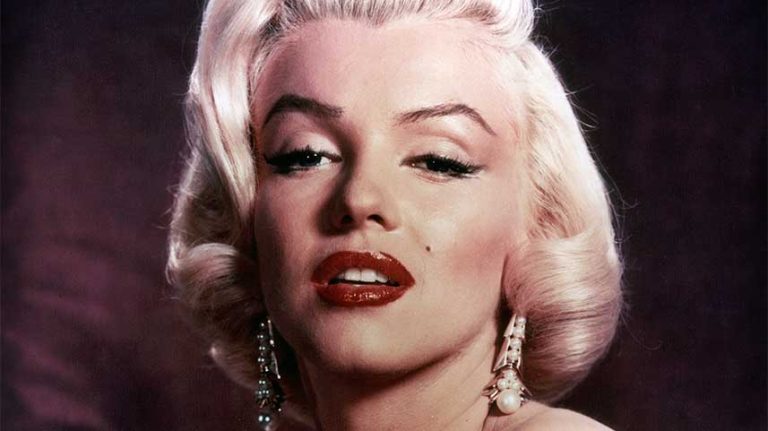 Many people also likely know about her untimely death due to barbiturates. What most may not know is that she had a long history of addiction before that fatal overdose.

However, with the number of movies portraying different aspects of her life, more people are coming to know every facet of what she went through.

The latest film to come out is Netflix’s Blonde starring Ana De Armas. Perhaps it will allow even more people to better understand Marilyn Monroe and her struggle with addiction.

How Did Marilyn Monroe Die?

On August 4, 1962, at the age of 36, Marilyn Monroe was found dead in the bedroom of her home in Brentwood, Los Angeles, California. Monroe’s housekeeper Eunice Murray and her psychoanalyst Dr. Ralph Greenson found her with an empty bottle of pills.

Marilyn Monroe ultimately died of a barbiturate overdose, including the drug pentobarbital (Nembutal), and her death was ruled a suicide by the Los Angeles County Coroner’s Office.

They came to this conclusion because of her past of mental health issues and suicidal ideation. She had also attempted suicide before her death.

Other famous people who have died from barbiturate overdoses include Judy Garland, Jimi Hendrix, Edie Sedgwick, and Margaret Sullivan.

Marilyn Monroe had a long history of substance abuse and addiction.

She used amphetamines, barbiturates, and alcohol for many years up until her death. She often mixed drugs and alcohol which is known for having serious effects. Most of the drugs she used were meant to help her sleep as she struggled with chronic insomnia.

She also dealt with mental health issues like depression and anxiety.

On her bedside table after her death, they found lots of different drugs including sedatives, opiates, amphetamines, tranquilizers, sleeping pills, and barbiturates.

Marilyn Monroe received treatment at a rehab center and psychiatric clinic in New York. She was committed to the Payne Whitney Psychiatric Clinic by her psychoanalyst. However, the treatment of the time was not kind and she left 4 days later.

She didn’t like the barred windows, screams running through the hallways, and the padded and cinder block cells she was put into. She only got out because of the help of her ex-husband Joe DiMaggio.

Monroe continued to see another psychoanalyst, Dr. Ralph Greenson, and he tried to get her off barbiturates but to no avail.

If Monroe received the kind of addiction and mental health treatment that is offered today, she may have recovered.

Marilyn Monroe was born Norma Jeane Mortenson on June 1, 1926. As her mother struggled with mental illness and was often confined to an asylum, Norma was put into a number of foster homes.

Norma didn’t take the name Marilyn Monroe until 1946 when she signed with 20th Century Fox. And while she is most well-known as an actress, she was also a model and a singer.

As an actress, she was known for playing “blonde bombshell” characters and ended up being one of the most famous sex symbols of the 1950s and 1960s.

Some of her most famous films include How to Marry A Millionaire, Gentlemen Prefer Blondes, Some Like It Hot, The Seven Year Itch, All About Eve, and There’s No Business like Show Business.

The last two films she ever made were Let’s Make Love and The Misfits.

The Misfits was written by her then-husband and playwright Arthur Miller. Both flopped and that turned out to be what finally broke up their marriage. They divorced shortly after the film was done shooting.

It was after the divorce in 1961 that her mental health started to seriously decline and her addiction to pills and alcohol got much worse.

Being fired from the film Something’s Got To Give didn’t help her mental state either. It was only a year after the divorce that she was found dead.

Despite the official story, after Monroe’s death, many conspiracy theories about how she “really” died came about. One of the most popular is that President John F. Kennedy (JFK) and his brother, Robert Kennedy, were somehow responsible for her death.

Addiction and mental health treatment today are much different than what Marilyn Monroe experienced in the 1960s.

At Ark Behavioral Health, we can help you build a customized treatment plan based on your specific needs. We offer treatment options that include medical detox, inpatient/outpatient care, medication-assisted treatment, and aftercare services.