What Is Cocaine Hydrochloride? 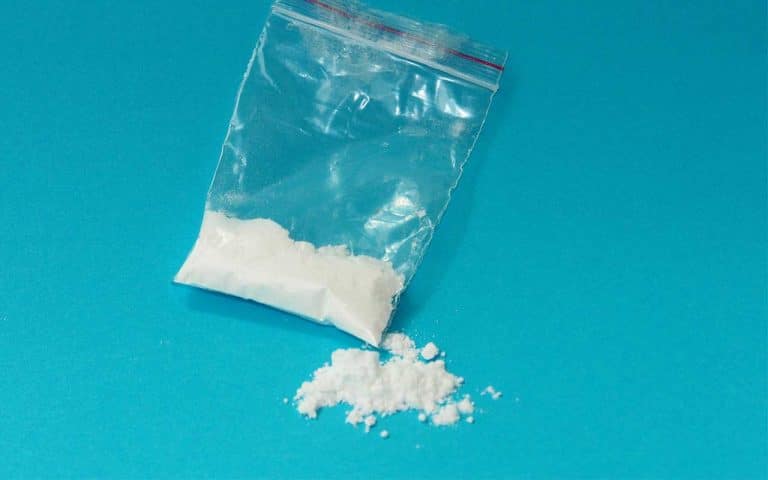 Cocaine hydrochloride has approved prescription drug forms in the United States and other parts of the world. It is legally available as a nasal spray and a topical (skin) solution. However, it can be habit-forming even in this form.

As of 2020, the Food and Drug Administration (FDA) has approved two cocaine hydrochloride products for medical use. These products are Numbrino and Goprelto.

Numbrino and Goprelto are nasal sprays that act as local anesthetics. They numb mucous membranes to prepare the nasal cavity or sinus area for surgery. Cocaine administration with these products should only be done by doctors in a medical setting.

As a form of cocaine, cocaine hydrochloride has many shared effects with cocaine. It is a central nervous system (CNS) stimulant that affects the amounts of certain neurotransmitters in the brain and adrenal glands.

Dopamine and norepinephrine are two catecholamines (types of neurotransmitters) affected by cocaine. Cocaine inhibits their reuptake, increasing the amount that stays in the synapse, to be utilized for longer periods of time. These hormones control motivation, blood pressure, body temperature, and other forms of activity.

Cocaine hydrochloride and other forms of cocaine use can lead to increased alertness, euphoria, heart rate, numbness, and happiness.

Side effects of cocaine hydrochloride range from mild to severe, and can include:

Risks For Pregnant Or Nursing Mothers

Cocaine hydrochloride turns into metabolites as it is broken down by the body. Cocaine is usually broken down in the liver, leaving behind benzoylecgonine and ecgonine methyl ester.

Cocaine’s metabolites can be found in breast milk and be harmful to babies. An infant who drinks breast milk with cocaine metabolites may show symptoms of cocaine dependence.

Nursing or pregnant women should be careful about taking cocaine hydrochloride.

The toxicity of cocaine hydrochloride in high doses can lead to overdose. Cocaine overdose can be harmful to the heart, brain, and lungs, potentially leading to:

Overdose can be fatal, especially if it is not treated immediately.

Cocaine hydrochloride is the only legal form of cocaine approved for medical use in the United States. Other illegal forms of cocaine include freebase cocaine and cocaine powder. All forms come from the coca leaves of the coca plant, which is grown in South America.

Cocaine abuse in any form can cause serious health effects. To learn about how cocaine addiction is treated at our healthcare facilities, please connect with us today.