Injecting Cocaine | Side Effects & Dangers Of IV Cocaine Use 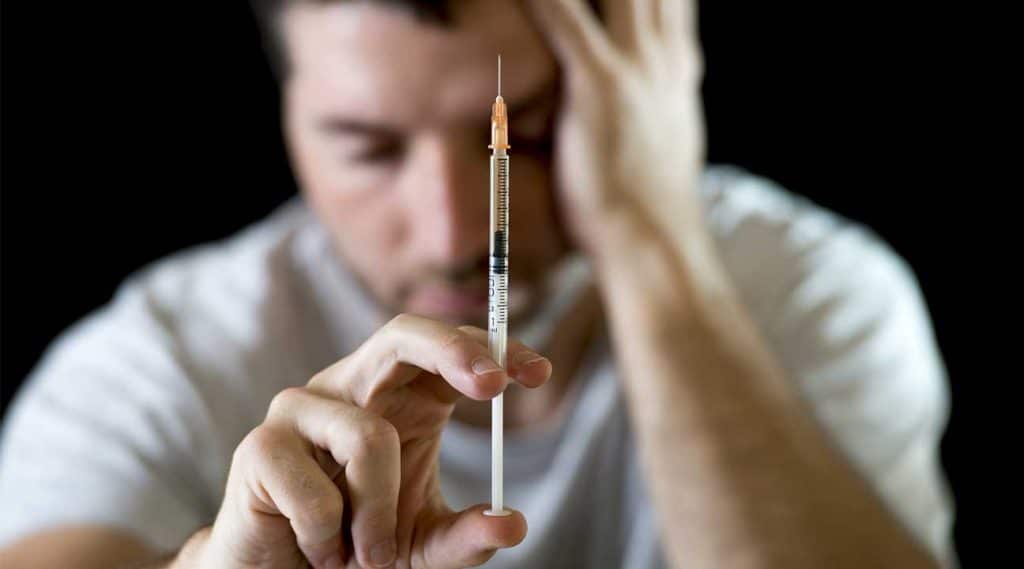 Cocaine is a powerfully addictive stimulant drug that can be snorted, rubbed on the gums, smoked, or injected. Each of these methods of abuse is associated with different risks and serious physical harm, including injection.

Why Is Cocaine Injected?

Snorting cocaine is a common first step for those who use the drug. The cocaine is inhaled through a straw and dissolves into the bloodstream through the nasal tissues, delivering a gradual high that sets in within ten minutes and lasts up to an hour.

But what if someone wants a far more powerful, euphoric high?

They may graduate to smoking crack cocaine or shooting intravenous cocaine as their dependency and addiction develop. Injecting cocaine delivers a more potent dose of the drug to the bloodstream far more quickly.

Side Effects Of Injecting Cocaine

Once cocaine is mixed with water and injected its effects are typically felt within seconds. You may feel an overwhelming rush and intense, euphoric high that peaks within three minutes and usually last between five and fifteen minutes total.

But this high comes at a price, and the long-term physical and mental stress resulting from cocaine abuse and the process of shooting up can be devastating.

Short-Term Effects Of Cocaine Use

Cocaine works by retaining dopamine in the synapses of the nervous system, triggering the brain’s so-called reward circuit and greatly speeding up physical and mental activity across the body.

The side-effects of this process often include:

Cocaine’s stimulating effects are so powerful that cocaine use can result in sudden death from cardiac arrest, strokes, or seizures.

IV cocaine use stresses the body and mind to dangerous levels and the mere process of injecting the drug can also expose you to significant physical harm.

Skin, veins, bones, and soft tissues may be infected as a result of shared needles or poor sterilization techniques. HIV/AIDs and hepatitis c may also spread as a result of IV drug use.

Cocaine use can compromise attention span, learning, motor control, and mood while exacerbating a wide range of mental illnesses. Cocaine use by injection can also lead to needle fixation.

Cocaine overdoses can be unpredictable and dangerous, especially in cases of polydrug use with alcohol, opioids, or other drugs. If you suspect an overdose has occurred, immediately call for emergency medical care.

Because cocaine increases the level of dopamine active in the body and triggers the brain’s reward circuit, it is addictive by nature.

But each time you take the drug your body adapts and develops new tolerance to its euphoric effects. You may become physically dependent on the drug to feel pleasure, leading to powerful cravings and addiction.

Although cocaine is strongly addictive and difficult to quit, getting help from a licensed drug addiction treatment center can help. To explore treatment options for cocaine addiction and substance abuse please contact an Ark Behavioral Health Specialist today.

National Institute on Drug Abuse - What is Cocaine?
National Library of Medicine: StatPearls - Cocaine Toxicity
World Psychiatry - Relationship between cocaine use and mental health problems in a sample of European cocaine powder or crack users

What Is Cocaine Nose?

What Is Pink Cocaine?