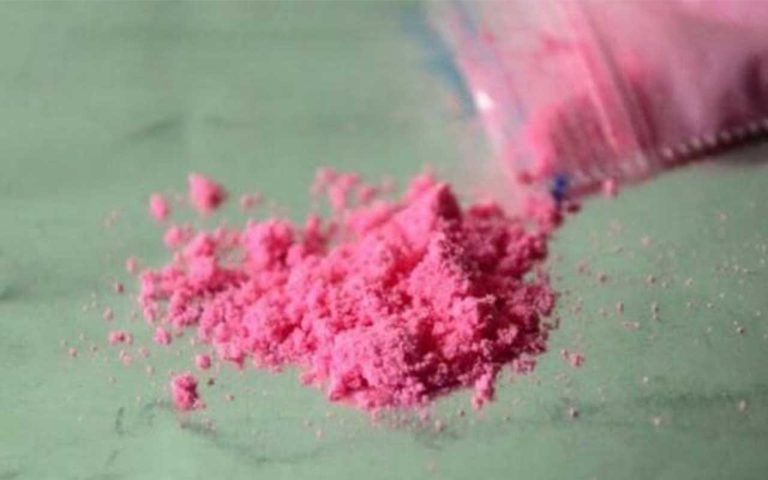 Pink cocaine is a synthetic hallucinogen known as 2C-B and has no relation to cocaine hydrochloride. Pink cocaine and other synthetic drugs have re-emerged as popular party drugs in South America.

They are often marketed as safe, legal, or herbal drugs but carry a risk for potentially life-threatening effects. 2C-B often contains numerous additives or other drugs, which increases the risk of harmful effects.

What Is Pink Cocaine?

2C-B is a synthetic (man-made) substance created by Alexander Shulgin in Europe in the 1970s. In the 1980s, foreign companies sold 2C-B as a sexual enhancement drug that improved libido and impotence.

2C-B was sold under the following brand names:

2C-B entered the United States around the same time and was manufactured in secret laboratories in several states. Since 1995, 2C-B has been a Schedule I controlled substance in the United States. This means it has no accepted medical use and a high potential for abuse.

Most recently, 2C-B has been marketed by Colombian drug traffickers as pink cocaine. Pink cocaine has appeared in several South American countries, including Colombia, Argentina, and Uruguay.

Pink cocaine has had numerous street names, including:

Pink cocaine is in a class of 2C drugs, known as phenylethylamine designer drugs. Phenylethylamines are a group of drugs with stimulant and psychoactive effects. These drugs also include amphetamines, methamphetamine, and MDMA.

Pink cocaine is usually sold to people as a party drug at clubs and raves as a replacement for MDMA (Ecstasy). Its effects can vary from mild to severe, depending on the dose. Even a small increase in dose can dramatically alter its effects.

Side-effects of pink cocaine may include:

When taken in low doses, it can produce mild stimulating effects but at high doses, it can cause severe reactions, including frightening hallucinations. The effects of pink cocaine usually peak within two hours but can last 4-8 hours.

Is Pink Cocaine Similar To Cocaine?

Pink cocaine is usually a pink pill or powder that is taken orally or snorted intranasally. It should not be confused with cocaine hydrochloride, the plant-based stimulant that comes in the form of a fine, white powder.

Although research is limited on the full extent of the effects of pink cocaine, high doses can cause excited delirium. Excited delirium can cause severe adverse effects and increases the risk of a life-threatening reaction.

Signs of excited delirium include:

If untreated, excited delirium may lead to cardiac arrest. Pink cocaine is manufactured in illicit laboratories and is not regulated by the Food And Drug Administration (FDA). You can never be sure the exact dose you are taking or what the drug contains.

Sometimes pink cocaine is taken with ecstasy or LSD to enhance the effects, which is known as a “party pack” or “banana split.” Combining these drugs increases the risk for adverse effects and overdose.

There is still very little known about the effects of 2C drugs but one recent experiment on mice found 2C-B was addictive. This experiment found the changes in the brain and addictive properties of 2C-B was comparable to methamphetamine.

Despite the limited research, there is a high potential for abuse and a risk of adverse effects. After repeated use, your body may develop a tolerance, meaning you need increasingly higher amounts to achieve the same effects.

High doses of pink cocaine can lead to serious and life-threatening complications.

If you or a loved one would like more information about addiction treatment programs, please contact Ark Behavioral Health to speak with a specialist.