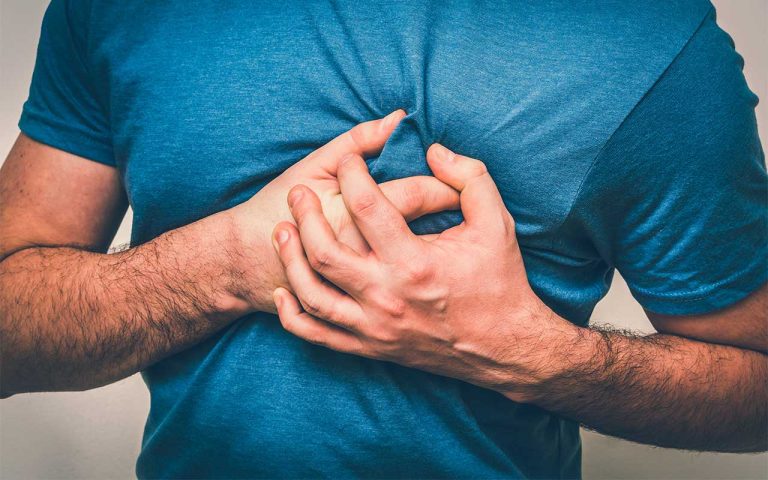 Cocaine is an illicit drug made from coca leaves. While the drug affects the central nervous system to cause a high, the use of cocaine can also have a drastic effect on your heart and vascular system, leading to acute coronary syndrome and other forms of heart disease.

Effects Of Cocaine On The Cardiovascular System

The cardiovascular effects of cocaine can occur immediately after use. The consequences of cocaine use on the heart may include:

Effects Of Cocaine On Hormones & The Heart

Cocaine use can also have an adverse effect on hormones like norepinephrine, serotonin, and dopamine. While these hormones are important in the brain, they are also important for the heart to function.

When cocaine creates toxicity by releasing too many of these hormones, the heart starts beating irregularly.

Cocaine also blocks calcium, potassium, and sodium ions from getting to the heart, which can stop it from beating correctly

Cocaine is associated with a number of different forms of cardiovascular disease, including myocardial infarctions or heart attacks.

Cocaine has been known as the “perfect heart attack drug” because it can cause heart and blood vessel changes that quickly lead to an attack.

Additionally, cocaine causes the blood vessels to spasm and create clots. Any blocked blood vessel can cause a heart attack quickly. The process can occur an hour after use.

Cardiac arrest or heart failure is another serious effect of using cocaine. It’s possible to go into cardiac arrest after your first time on the drug.

Cardiac arrest can occur due to multiple different heart problems, including:

Knowing whether you’re going into heart failure after cocaine use can be tricky because there aren’t always symptoms right away. Cocaine-associated chest pain can occur but for sudden cardiac arrest, there isn’t always a warning. It can lead to sudden death.

The blood vessels become thin but still need to carry the same amount of blood. This leads to your blood pressure going up, rushing blood through the thin vessels. This can lead to a heart attack, stroke, ischemia, or cardiac arrest.

Cocaine can cause arrhythmias or heartbeat abnormalities. After using cocaine, you may feel like your heart is speeding up or slowing down.  Arrhythmias, no matter the cause,  must be treated in a hospital.

How your heart rate is affected depends on a number of different factors. This includes your overall health and the form of cocaine you use (crack cocaine versus powder).

Cocaine use is also known to cause a stroke in those who wouldn’t normally have any risk factors. Even young adults with no other health issues besides drug use can have a stroke.

There are two kinds of strokes: ischemic and hemorrhagic. An ischemic stroke occurs when a blood vessel is blocked or too narrow. A hemorrhagic stroke happens when there’s bleeding in the brain.

Treating Cocaine’s Effects On The Heart

The best way to stop cocaine’s effects on the heart is to stop using and seek drug abuse treatment, but some of the more serious effects require a trip to the emergency department of the hospital.

When seeking help, a healthcare professional is likely to order an electrocardiogram (ECG) and angiography to look at your heart and blood vessels. They’ll then prescribe a treatment.

Beta-blockers are one of the most common types of heart medication, but doctors don’t like prescribing them to people who use cocaine. Cocaine increases blood pressure and constriction in blood vessels which can affect how the medication works.

To keep a blood vessel open, a doctor may implant a stent. However, doctors may worry someone struggling with substance abuse won’t adhere to the medication regimen needed for the stent to be successful.

Stent thrombosis or clotting of the stent has a higher prevalence in those with cocaine addiction.

Because of this increased risk, doctors often use a bare-metal stent which is higher risk but is often safer for those on cocaine.

To avoid the heart problems associated with cocaine abuse, seek out an addiction treatment program. Addiction treatment uses therapy, counseling, and other evidence-based services to tackle the root causes of substance use and help you live a healthier life.

It’s never too late to seek treatment for cocaine abuse. Call our helpline today to learn more about the types of treatments out there for yourself or a loved one.