The Origin & History Of Cocaine 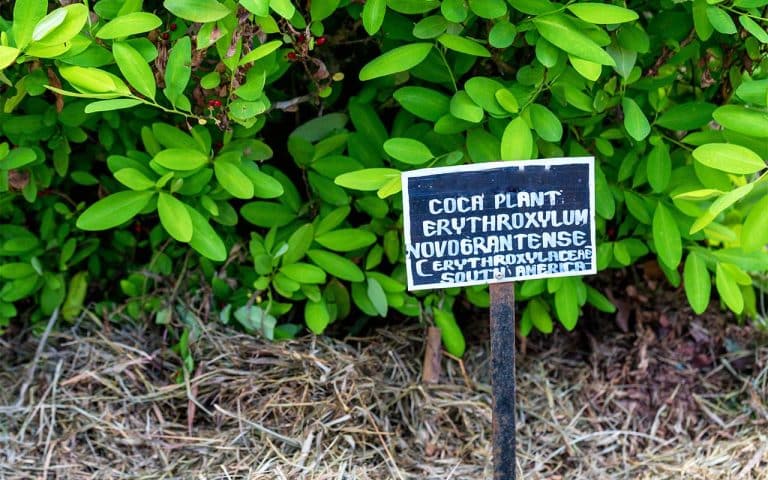 As one of the oldest drugs, cocaine has a long and complex history.

The Origins Of Cocaine

Cocaine comes from the Erythroxylon coca plant. This plant grows in South America, particularly the Andean states. These states, which are connected by the Andes mountain range, include Argentina, Bolivia, Chile, Colombia, Ecuador, Peru, and Venezuela.

Beginning in at least 3000 BC, indigenous South Americans chewed coca plant leaves for many reasons, including medical treatments and religious rituals.

While the leaves increased energy and happiness, they didn’t pose the same risk of addiction as powder cocaine or crack cocaine. That’s because coca leaves contain a relatively small amount of the cocaine alkaloid (the naturally occurring chemical that produces cocaine’s effects).

By the 1400s, the coca leaf had become an important part of the Inca Empire, which flourished throughout the Andean states.

In the 1500s, Spanish invaders colonized South America and enslaved the indigenous people. They almost banned the use of coca leaves but decided against it when they saw how the leaves energized the enslaved workers.

Some Spanish colonizers started using coca leaves themselves, both for recreational and medical use. They tried shipping them back to Europe, but by the time they arrived, they’d become much less potent when chewed.

European scientists then started investigating other ways for people to experience the effects of cocaine.

It wasn’t until 1860 that a German chemist named Albert Niemann finally extracted the cocaine alkaloid from coca leaves. He discovered it produced a numbing effect when applied to the tongue.

By the 1880s, doctors were using cocaine as a local anesthetic for eye, nose, and throat surgeries. They also used it to constrict blood vessels and reduce bleeding.

The Rise Of Cocaine

Soon after Niemann determined how to extract the cocaine alkaloid, scientists created cocaine hydrochloride. This white, powdery substance can be injected or snorted. It’s what most people think of when they hear the word cocaine.

In 1884, Freud published “Uber Coca.” This medical analysis incorrectly claimed that cocaine is not addictive and could possibly treat addictions to alcohol and the opiate morphine.

It was also found in beverages. In 1863, French chemist Angelo Mariani brewed coca leaves in Bordeaux wine. The result, which he called Vin Mariani, became a popular drink for boosting mood and treating aches.

Likely inspired by Mariani, American chemist John Pemberton used cocaine to create Coca-Cola in 1886. He had become interested in cocaine as a potential treatment for his morphine addiction.

The Rise Of Cocaine Addiction

The public soon realized the dangers of widespread cocaine use. In 1902, about 200,000 Americans suffered from cocaine addiction, including surgeon William Halsted. Halsted became addicted after testing the drug on himself as a topical anesthetic.

By 1903, Coca-Cola no longer contained cocaine, and states started outlawing the drug.

In 1914, the Harrison Narcotics Act banned cocaine use, except as prescribed by a doctor, on a federal level. The Jones-Miller Act of 1922 further decreased cocaine use by establishing the Federal Narcotics Control Board, which regulated the importation of cocaine into the United States.

In the 1930s, interest in cocaine dropped even lower due to the introduction of pharmaceutical amphetamines. These drugs offered an energy boost similar to that of cocaine but were far more accessible.

The Introduction Of Crack Cocaine

By the 1960s, scientists recognized the dangers of pharmaceutical amphetamines. The drugs became much more regulated when Congress passed the Controlled Substance Act of 1970.

In 1984, a new form of cocaine began appearing in New York City, Los Angeles, and other major cities. Called crack cocaine, the drug consisted of cocaine powder and baking soda.

Modern Use Of Cocaine

Doctors continue to use cocaine as an anesthetic.

However, recreational cocaine use has decreased significantly since the 1980s. Between 1985 and 2017, the number of Americans who used cocaine dropped from 12 million to just under 6 million.

Still, those who use the drug face a high risk of addiction. In addition, according to the National Institute on Drug Abuse (NIDA), long-term cocaine use can cause other health problems, including seizures, stroke, and heart attack.

If you or someone you love struggles with cocaine abuse or another form of drug use, please contact an Ark Behavioral Health specialist to learn about our substance abuse treatment programs.

Journal of the Royal Society of Medicine - Cocaine: History, Use, Abuse
Public Broadcasting Service - A Social History of America’s Most Popular Drugs
National Institute on Drug Abuse - What are the long-term effects of cocaine use?
Substance Abuse and Mental Health Services Administration - Key Substance Use and Mental Health Indicators in the United States