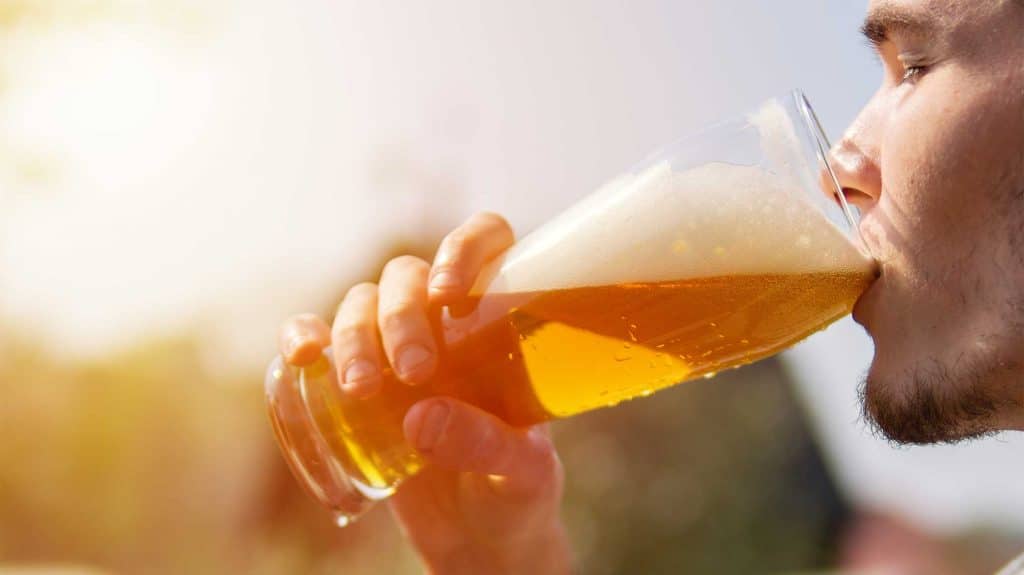 Heavy drinking, also known as heavy alcohol use or excessive drinking, is defined as drinking more than 7 drinks for women and 14 drinks for men per week.

Heavy drinking is seen in people from almost all income levels, family backgrounds, professions, and even age groups.

A 2017 national survey reported that 6.6% of U.S. adults were heavy drinkers or about 15 million people. Heavy drinking can harm your health and even affect the people around you. If your heavy drinking is a sign of an alcohol use disorder, you may benefit from getting treatment.

Heavy drinking can both cloud your judgment and reduce control over your body. This can lead to risky behaviors where you may be confident in doing tasks that you may not actually be fit to do.

Heavy drinking is also associated with consequences such as:

Side Effects Of Heavy Drinking

Alcohol is a depressant that affects both your brain and body. Large amounts of alcohol can get in the way of basic functions and can even cause dangerous side effects in some cases.

Immediate side effects of heavy drinking include:

These side effects can lead to accidents and risky behaviors. Over time, the side effects of heavy drinking can also turn into long-term health risks.

Heavy drinking can cause serious health problems in the long term. Parts of your respiratory, digestive, and cardiovascular system can be put under stress by heaving drinking. Your mental health may also be at risk, with a range of effects including:

Alcohol use disorder is defined as an inability to stop drinking alcohol. Heavy drinking is not a sign of an AUD on its own, but may be when combined with another high-risk pattern of drinking, such as drinking at the cost of your livelihood or relationships.

A heavy drinking habit may work against a person struggling with an alcohol use disorder, as they may already be used to having many alcoholic beverages on a regular basis. This can lead to tolerance and withdrawal symptoms when you stop drinking.

People with AUD may be able to survive very high blood alcohol concentration (BAC) levels due to their very high alcohol tolerance. Severe AUD patients may need at least once alcoholic drink just to get through the day, or risk facing withdrawal.

About 2.5% percent of teenagers and young adults, aged 12 to 20, reported heavy drinking in 2017. Underage groups who drink can hurt their brain development, as there is evidence that alcohol use can change a teenager’s still-growing brain.

Drinking before age 15 is a risk factor for developing an AUD later on in life, as well as other alcohol related problems.

Young adults, especially college students above the age of 18, have an increased risk of other health problems. Sexual assault, unplanned pregnancy, and suicide attempts all have a high prevalence among heavy drinkers in this age group.

Heavy drinking and binge drinking are both forms of excessive alcohol use, but they have key differences.

Binge drinking is defined as excessive alcohol consumption on a single occasion. Heavy drinking is consuming large amounts of alcohol over a longer period of time, usually per week.

If you suspect a loved one or family member is drinking too much alcohol, you may be able to get them the help they need. To find treatment options for yourself or a loved one, talk to your healthcare provider or contact us today.

People who are heavy drinkers tend to consume 3-4 drinks during a single day or 14-15 drinks per week. Despite this, heavy drinkers are not necessarily alcoholics. Alcoholism requires that the person has the inability to control their drinking.

Continuing to participate in heavy or excessive drinking can result in alcoholism or an alcohol use disorder (AUD).

To learn more, read Are All Heavy Drinkers Alcoholic?

What Does "Going On A Bender" Mean?