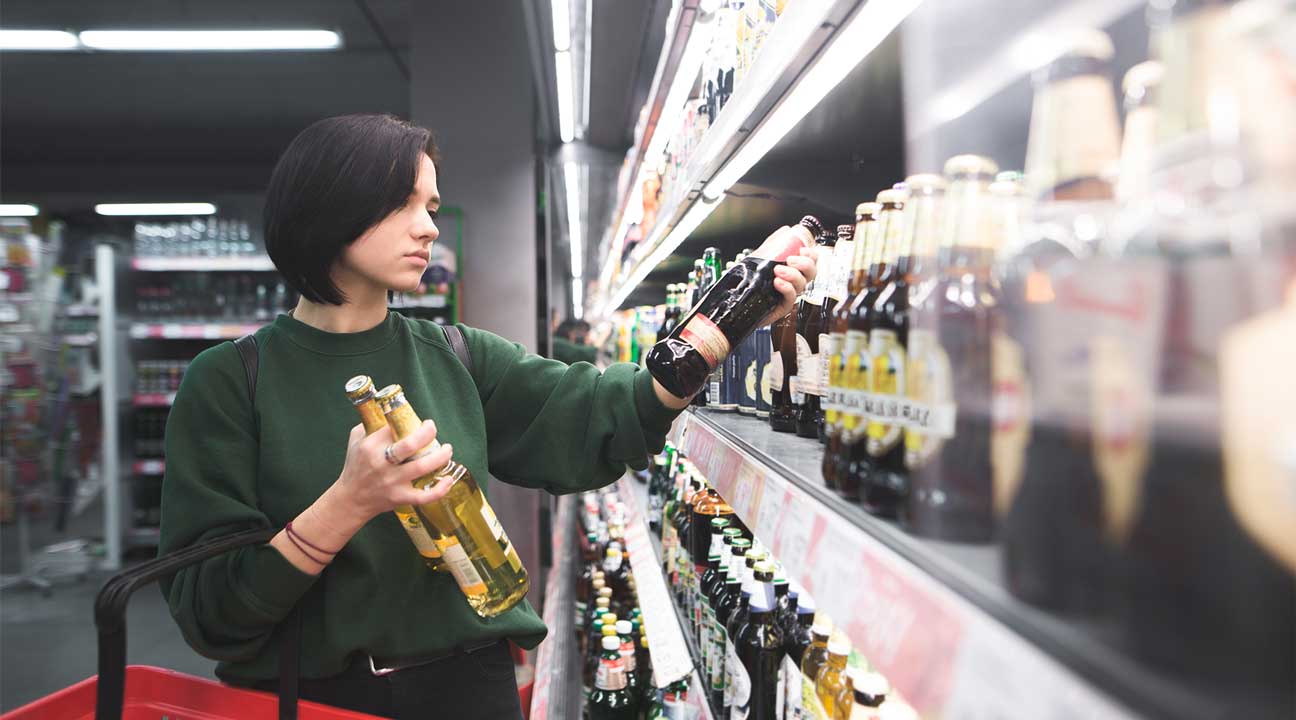 Alcohol use is common in the U.S. While occasional, light drinking among adults can be considered harmless, heavy drinking, binge drinking, underage drinking, and alcohol-related deaths are serious problems for public health.

Alcohol abuse issues are common in the United States, and alcohol affects both adults and young people.

Underage drinking is a common issue in the United States.

Out of children and young people between 12 and 20 years of age:

While drinking among young people, such as college students aged 18 and up might seem more common, it’s important to note that just under 30 percent of 15-year-old children admitted to having a standard drink at least once in their life, according to the national survey.

How many adults in the United States drink alcohol? Roughly 86 percent of adults 18 and up in the U.S. have had at least one alcoholic beverage sometime during their lives, according to the National Survey on Drug Use and Health (NSDUH) from 2018.

Alcohol use disorder (AUD) is a condition caused by heavy drinking or drinking any amount of alcohol on a frequent basis. This condition can make it hard for individuals to stop drinking, even when they know the effects of alcohol are causing serious issues in their life.

Among adults in the U.S., roughly 14.4 million have alcohol use disorder. This condition tends to occur more often in men than women, with 9.2 million men and 5.3 million women having AUD. Out of these individuals, around 7.9 percent underwent treatment for excessive alcohol use.

Keep in mind that drinking at an early age is a risk factor for alcohol use disorder.

Alcohol abuse, especially among those with alcohol use disorder, can result in an increased risk of serious and potentially deadly health problems.

Those with high blood alcohol levels also have an increased risk of being seriously injured or dying in alcohol-related motor vehicle accidents. Alcohol is a depressant that slows reaction time and contributes to car crashes all over the country.

Heavy drinking can lead to a higher risk of developing liver disease. In serious cases, this can result in cirrhosis, which refers to scarring of the liver. Cirrhosis can be fatal and is among the more serious health consequences of alcohol misuse.

According to the CDC, there were 22,246 deaths from alcohol-related liver disease in 2017.

Alcohol use is associated with higher risks of long-term health consequences like cancer, including:

Other long-term and short-term health consequences that stem from alcohol abuse include:

Alcohol-related driving fatalities are a common cause of death in the U.S.

There are alcohol use disorder treatment options available to help individuals make a full recovery. These include:

Treatment programs help you recover from alcohol use disorder and other alcohol problems by giving you the tools you need to build a healthy, substance-free lifestyle.