When Drinking Alcohol Becomes A Problem: How Much Is Too Much? 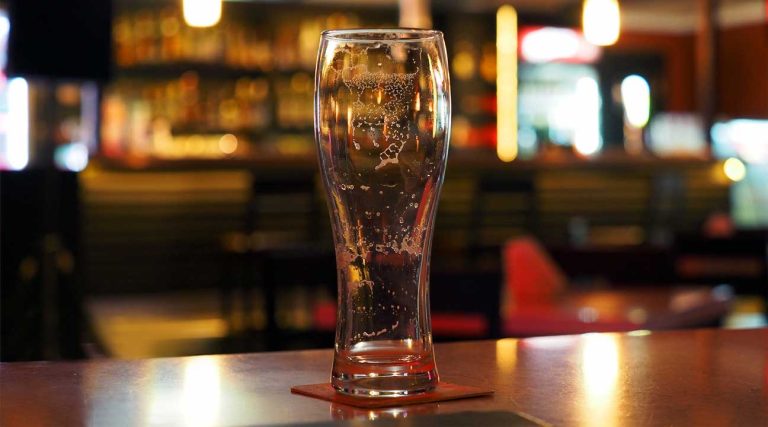 Most people enjoy moderate drinking habits with no problems, but when does a glass of wine with dinner or a celebratory drink with friends become a health problem?

Especially during the lockdowns and restrictions of COVID-19, it helps to understand how much alcohol is too much.

What Counts As A Standard Drink?

According to the CDC, a standard drink is:

Signs Of A Drinking Problem

Not everyone at risk of alcohol use disorder (AUD) has all of the signs of problem drinking, but consider some questions that could signify an alcohol problem. Two or more “yes” answers could suggest a diagnosis of AUD.

In the past year, have you or your loved one:

According to the National Institutes of Health (NIH), not everyone who drinks daily has a problem with alcohol. A small amount of alcohol each day, such as a single glass of wine with dinner or a single regular-strength beer in the afternoon, can fit into NIAAA guidelines.

What Are The Stages Of Alcoholism?

Understanding the stages has helped to identify how the brain changes with repeated heavy drinking. It has also helped to develop more effective methods of treatment for AUD, including medications to relieve symptoms and lower alcohol dependence.

Whether you’re drinking too much is influenced by many factors, including the alcohol content in a standard drink, your patterns of drinking habits, and your gender or other physical differences.

Any amount of alcohol could cause physical and mental health risks, according to the NIH.

There are some standard risk factors for problem drinking, including regular heavy drinking over time or binge drinking as a young adult, but there are also individual differences. Risk factors can change with time or put you at an increased risk of health problems or AUD.

Binge drinking is a pattern of drinking more than one drink at a time, with the intent of intoxication. The NIAAA defines binge drinking as four drinks at one time for women, and five drinks at a time for men.

Most people know that car accidents are one of the major risks of drinking too much. But drunk driving risks are just the start. The NIAAA reports that alcohol plays a role in about 60 percent of fatal burns, homicides, and drowning accidents.

Alcohol also plays a role in 60 percent of severe trauma injuries and sexual assaults, and is involved in 40 percent of fatal car accidents, falls, and suicides.

Alcohol use during pregnancy is especially risky and can lead to severe medical conditions. It can cause fetal alcohol spectrum disorders (FASD), which can cause serious cognitive, behavioral, and physical disabilities.

No level of alcohol use, including moderate alcohol consumption, is safe for a pregnant woman and growing baby.

Drinking too much can harm family, work, and community relationships. It can also cause depression, or make pre-existing depression or other mental health conditions worse.

If you feel you or a loved one is drinking too much, help is available. You can find individualized care for alcohol abuse at Ark Behavioral Health.

Reach out to speak with one of our substance abuse treatment specialists today.