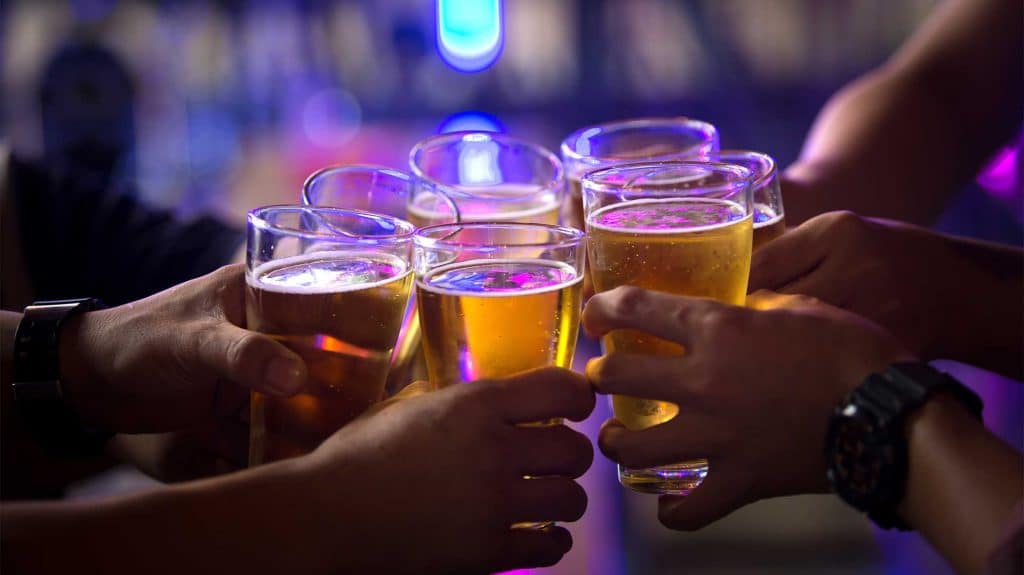 The criteria for binge drinking is fairly consistent regardless of age group. Binge drinking is defined as alcohol use that results in a blood alcohol concentration (BAC) of 0.08 percent or higher.

A standard drink is an alcoholic beverage that has a fixed amount of alcohol in it. A 12-ounce beer and 5-ounce glass of wine are examples of standard drinks.

Many alcohol portions are larger than these standards, which can easily result in a student drinking more than the recommended amount.

College students drink for a number of reasons. Some drink as a social activity, while others use the depressant effects of alcohol to reduce stress caused by schoolwork and increase relaxation.

53 percent of college students said they drank alcohol at least once in the past month, according to one national survey. More than half of these students binge drank in the same time period.

First year students are around 18 years of age, when their decision-making skills are still being developed. Students in this position may have a hard time turning down alcohol, and drinking alcohol can be the first step to binge drinking.

Living on a college campus can mean more alcohol is available to you. Alcohol is commonly served at college fraternity or sorority parties, even to potential underage drinkers. Students may even be encouraged to binge drink in these settings.

Although binge drinking is defined as a single occasion of excessive alcohol use, students may face consequences during their time in college and afterward.

Binge drinking in college students is connected to lower grades, missing exams, and generally poorer academic performance. Even compared to students with more moderate drinking habits, students who binge drink are at a much higher risk.

High alcohol consumption can affect decision-making, concentration, and wakefulness. It can also lead to alcohol poisoning and hangovers, which can cause students to miss class.

Academic problems can have far-reaching consequences. If a student cannot recover from poor grades, they may get kicked out of college and negatively impact their career path.

Sexual assault is a traumatizing experience that can have lifetime effects on victims, especially prolonged mental health struggles. Depression and posttraumatic stress disorder (PTSD) are often seen in assault victims.

Heavy alcohol consumption can remove inhibitions and affect your decision-making. Binge drinking can put you at a higher risk for risky behaviors, which can result in serious injury or even death.

The following risky behaviors are often seen in college students who binge drink:

These behaviors can result in lasting injuries, sexually transmitted diseases, legal problems, and other issues.

Many students who binge drink do not have an alcohol use disorder (AUD). However, binge drinking can still have long-term health effects. Alcohol-related problems that can be linked to binge drinking include:

Some of these effects can be fatal.

Binge drinking can be harmful to both college students and their loved ones. Knowledge and awareness about the risks of heavy alcohol use can help reduce risky drinking behaviors like binge drinking.

For students who already struggle with a drinking problem, a dedicated treatment program can teach awareness and cut back on drinking. To find out if treatment is the right option for you or a loved one, talk to your healthcare provider or contact us today.

What Is An Alcohol Bender?

Is Binge Drinking Once A Week Safe?