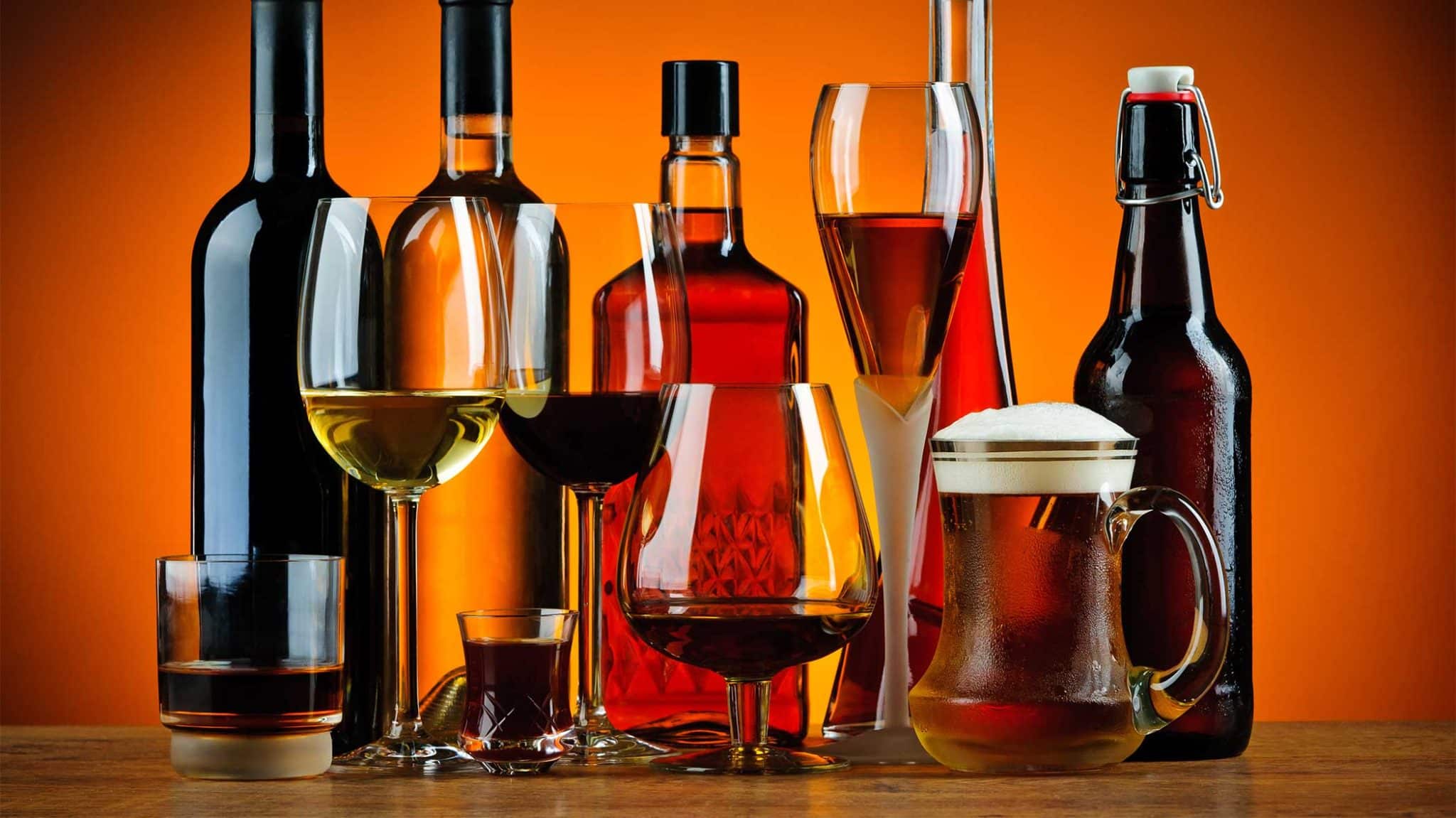 There are three different types of alcohol:

The amount of alcohol in an alcoholic beverage is known as alcohol content. Alcohol content varies widely depending on the drink.

Distilled drinks are drinks that are both fermented and distilled. During the fermenting process, yeast or bacteria converts sugar into alcohol. During the distilling process, the alcohol is heated to create a vapor, and the vapor is condensed back into a liquid.

Brandy is a distilled wine. Common types of brandy include:

Gin is a drink made from juniper berries. Popular types of gin include:

Liqueurs are alcoholic drinks that are flavored and sweetened. Their ABVs range between 15% and 55%. Popular liqueurs include:

Rum is a drink made with molasses or sugarcane juice. Popular types of rum include:

Tequila is a drink made from the blue agave plant, which is native to Mexico. Its ABV ranges between 33% and 55%. The main types of tequila are añejo, blanco, and reposado.

Vodka is a Russian drink made with fermented grains and potatoes. Popular types of vodka include:

Whiskey is a drink made from fermented grains. Common types of whiskey include:

Other popular distilled drinks include:

Learn more about What Is Considered Liquor?

Beer is made from cereal grains like malted barley, wheat, oats, and rice. It’s likely the oldest alcoholic drink in the world. The most common types of beer include:

Wine is made from fermented grapes. As with beer, different types of wine have different ABVs.

Other popular undistilled drinks include:

Drinking any type of alcohol can lead to alcohol abuse. If you feel unable to control your drinking or it’s causing problems in your life, please contact an Ark Behavioral Health specialist.