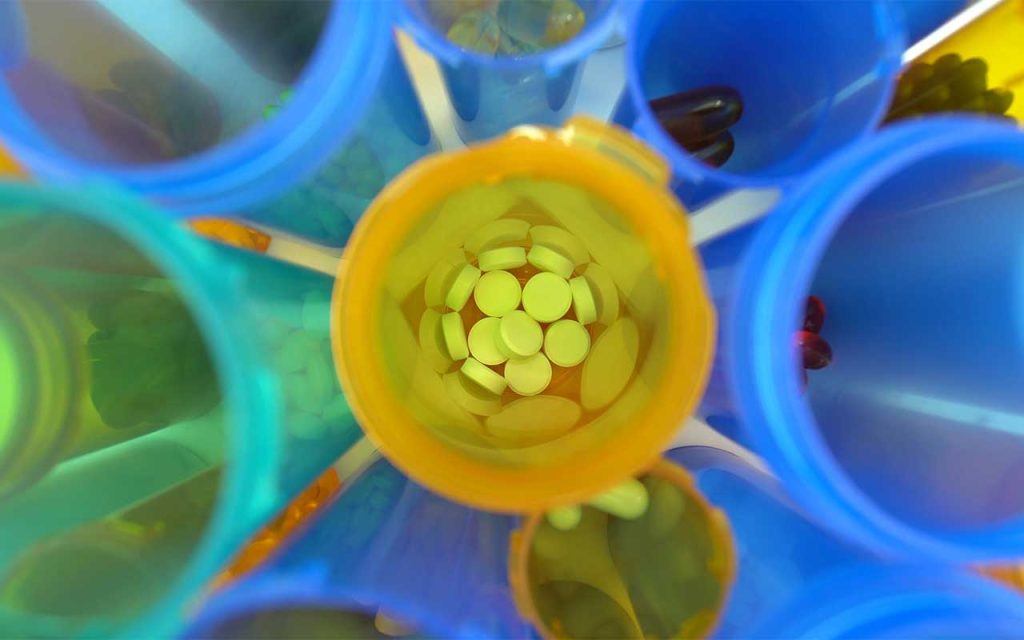 Agonists are drugs that bind to and activate specific receptors in the brain. Most opioids are full agonists that activate opioid receptors in the central nervous system (CNS). This blocks pain and may cause the euphoric “high” associated with opiates.

Long-term use of opiate agonists increases the risk of tolerance, dependence, and addiction. However, some opioid agonists, like methadone, can reduce cravings and are beneficial in treating opioid addiction.

What Are Opiate Agonists?

Opioids are usually prescribed for severe pain but some are used to treat opioid use disorder (OUD).

Opiate agonists that are used to treat pain include:

Heroin, an illicit drug, is an opiate agonist as well and has similar effects to prescription opioids.

Opioid agonists bind to opioid receptors in the central nervous system, known as the kappa and mu-opioid receptors. Once activated, opioids block pain signals and dopamine is released throughout the body in large amounts.

This rush of dopamine may also cause euphoria, which may encourage continued use of opioids. Over time, opioids may also affect areas of the brain responsible for learning and impulse control.

Along with pain relief, opiates can cause several side effects. Side effects are usually temporary and disappear as the drug leaves your system.

Side-effects of opioids vary depending on the drug and the dose but may include:

Opioids are depressant medications, which means they slow breathing, heart rate, and blood pressure. Respiratory depression is a serious side-effect that can cause a life-threatening overdose.

Taking opioid medications long-term can cause their effects to decrease, which is known as tolerance. Higher doses may be required to achieve the same pain relieving effects as when you started the medication.

Tolerance also increases the risk of opioid dependence, which means your body relies on the drug to function. If you suddenly stop taking it, you may experience physical and psychological withdrawal symptoms.

Depending on how long you have used opioids, withdrawal can be mild to severe. Although opioid withdrawal is not life-threatening, it can be extremely unpleasant. A professional detox program offers a safe and comfortable environment to ease withdrawal symptoms.

If you or a loved one have an opiate use disorder, medication-assisted treatment (MAT) may be effective. When combined with therapy, FDA-approved medications can ease opioid cravings and prevent withdrawal.

Methadone and buprenorphine are two commonly prescribed medications that promote long-term recovery. Methadone can be used long-term but may also be used temporarily during detoxification.

While methadone is a full opioid agonist, buprenorphine is a partial agonist.

A partial opioid agonist works similarly to full opioid agonists but to a lesser degree. With buprenorphine, this means it attaches to and activates opioid receptors but it has a ceiling effect.

At a certain dose, it will no longer increase its effects but it will continue to relieve cravings and prevent withdrawal.

Buprenorphine is sometimes prescribed as a combination formula with naloxone, an opioid antagonist. Buprenorphine/naloxone, a mixed agonist-antagonist, can cause immediate withdrawal symptoms if other opioid drugs are used while it is in your system.

Naloxone, known more commonly as Narcan, is also used to treat opioid overdoses. Depending on where you live, Narcan may be available from a healthcare professional either with or without a prescription.

Naltrexone is also used to treat opioid addiction and may be used in combination with counseling or other therapies. Naltrexone treatments cannot begin until opioids are out of your system or it can cause withdrawal symptoms.

If you or a loved one would like more information about opioid addiction treatment, please contact us today.

Side Effects Of Opioids