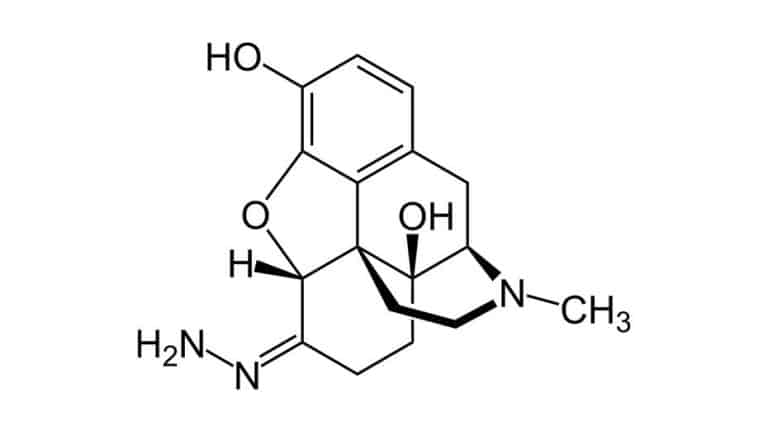 Opioid analgesics (also called opiates) are drugs that ease pain by binding to opioid receptors throughout your nervous system. They mimic the effects of your body’s endogenous opioid peptides. These effects may include analgesia (pain relief) and euphoria (intense joy).

While most opioids only bind to opioid receptors temporarily, others bind permanently. These are called irreversible opioid agonists (or irreversible opiate agonists). One of the most popular examples is oxymorphazone.

According to a study published in the journal Life Sciences, 83% of animals given oxymorphazone continued to experience pain relief more than 20 hours after their dose.

Chloroxymorphamine is related to oxymorphone, just like oxymorphazone. Chloraltrezanine is classified as both an irreversible agonist and an irreversible antagonist. It’s 22 times stronger than morphine, which is a morphinan alkaloid (the strongest type of opioid painkiller).

What Are Irreversible Antagonists?

Both of these antagonists are reversible.

However, there are also irreversible antagonists. These drugs cause irreversible inhibition of opioid receptors by forming a covalent bond with them or binding to them with an extremely high affinity.

The term “affinity” refers to the strength of the interaction between the antagonist and the receptor.

As with irreversible agonists, irreversible antagonists are much longer-acting than their reversible counterparts. For example, while naloxone blocks the effects of opioids for between 30 and 90 minutes, naloxazone blocks them for more than 24 hours.

Although irreversible agonists are often used in scientific research, they are not approved for human use. That’s because they pose serious dangers, including a high risk of tolerance, severe withdrawal symptoms, and resistance to medication-assisted treatment.

Tolerance means your body gets used to the effects of a drug over time. You will then need increasingly larger or more frequent doses to feel the desired effects. This raises your risk of overdose and other health issues.

Because they permanently bind to your opioid receptors, oxymorphazone and other irreversible agonists pose a very high risk of tolerance, especially with repeated use. Tolerance is often a sign of addiction.

When you regularly use an opioid and then stop, you may become physically dependent on it. That means your body relies on the drug to function normally. If you stop using it, you may experience unpleasant withdrawal symptoms like anxiety, sweating, and trouble sleeping.

As mentioned above, reversible opioid antagonists like naltrexone and naloxone treat opioid addictions and overdoses by blocking the effects of opioids.

However, because irreversible agonists form such a strong bond with opioid receptors, they may resist this type of medication-assisted treatment.

Similarly, irreversible agonists might not respond to buprenorphine, which is a medication that can ease opioid cravings and withdrawal symptoms. That means it may be extremely difficult to treat an addiction or overdose caused by oxymorphazone or another irreversible agonist.

If you or someone you love struggles with opioids or other drugs, please reach out to an Ark Behavioral Health specialist. Our inpatient and outpatient treatment programs offer personalized, evidence-based care to help you or your loved one stay drug-free.