Opiates & Itchiness | Why Do Some Painkillers Make You Itch? 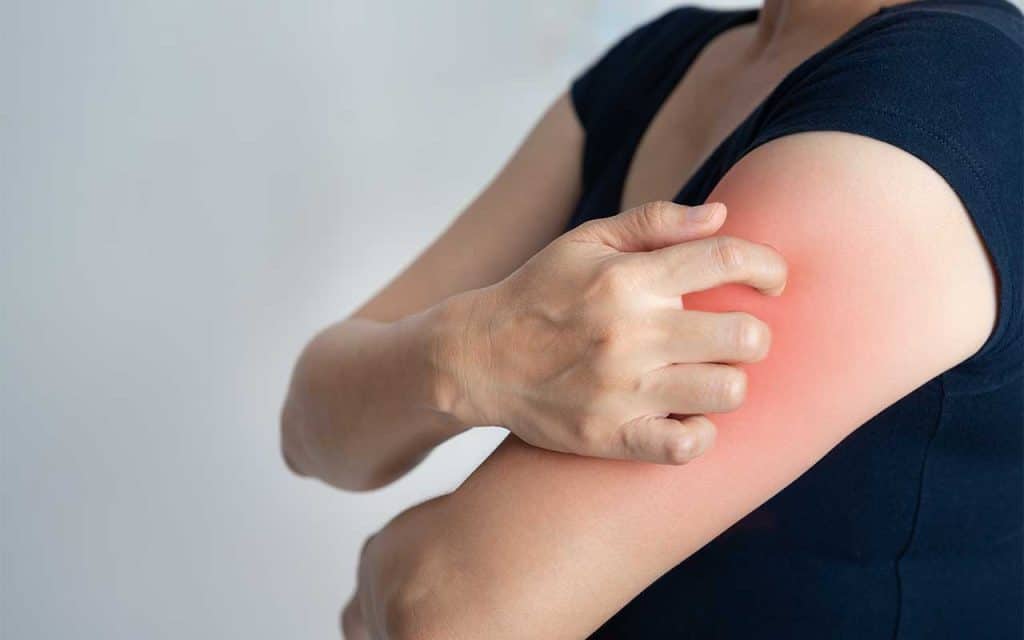 Itchiness is a common side effect of opioid painkillers. This condition—called pruritus—can occur with synthetic opioids like oxycodone (OxyContin, Percocet) or with natural opiates such as morphine and codeine.

People who take opioids for chronic pain are more likely to experience adverse side effects, but one-time neuraxial opioid use (spinal anesthesia) can also cause itching. Some women complain of itchiness when they have an epidural during childbirth that contains opioids.

Opioid-induced itching can be so severe that it makes you wonder if it’s worth the pain relief. Scientists have discovered that the cause of itching lies in how opioid drugs affect specific receptors.

Why Do Some Painkillers Make You Itch?

A breakthrough study in 2011 examined the action of two mu-opioid receptors (MOR) in the spinal cord, called MOR1 and MOR1D. They’re isoforms, which means they’re similar but have small differences.

Zhou-Feng Chen, director of Washington University’s Center for the Study of Itch in St. Louis, found that MOR1 is responsible for pain relief and MOR1D is connected to itch. When he blocked MOR1D in mice, the itch disappeared, but the analgesic effect was still there.

Chen notes that MOR1D acts as a “key” that activates an itch-specific gastrin-releasing peptide receptor (GRPR). If scientists can figure out how to prevent opioids from binding to the MOR1D receptor, it seems that GRPR wouldn’t be activated, and the side effect of itching would be relieved.

In 2017, a study by the University of North Carolina School of Medicine found that opioid-induced itching could also be an immune system response.

“Receptors in mast cells—part of the immune system—respond to an activation signal and release inflammatory factors like histamine, in a process called degranulation,” says Kate Lansu, a graduate student leading the research.

As a result of degranulation, other cells in the body gather to fight the infection. Opioids activate these mast cell receptors, which can trigger an allergic reaction that includes intense itching.

Opioid drugs can cause many side effects, like drowsiness and constipation, that can be managed if not alleviated. It’s a bit trickier to manage opioid-induced pruritus.

Though Lansu’s study shows the release of histamine could contribute to opioid-induced itching, antihistamines aren’t generally effective in this case.

Capsaicin, a chemical compound derived from hot peppers, can help with itching. It’s available in the United States as a topical cream, dietary supplement, or prescription skin patch.

Topical pain medications like Icy Hot use capsaicin for its analgesic effect. It targets neurons to decrease pain signals in the body, which can also desensitize nerves to the sensation of itch.

Naloxone, an opioid receptor antagonist, may be effective in treating opioid-induced pruritus. It blocks the effects of opioids, so a mild dose can reduce side effects like itching without interfering with pain management.

Kappa-opioid receptor agonists (KOA) like nalfurafine can treat pruritus, too. They activate receptors that decrease itch signals. While nalfurafine is approved in Japan, it’s still undergoing clinical trials in the United States. Your doctor can help you explore other options.

Since KOAs have anti-histaminergic properties, they may make antihistamines like Benadryl (diphenhydramine) more effective at relieving opioid-related itching.

If you or a loved one experience opioid-induced pruritus because of opioid abuse, dealing with the symptoms isn’t enough. Opioid drugs are highly addictive and can lead to many other health problems. Don’t wait to ask for help.

At Ark Behavioral Health, we work with you to develop a treatment plan for your needs. We use a blend of evidence-based and experiential therapies to help you replace substance abuse with healthier habits.

Why Heroin Makes You Itch