Natural Opiates | Everything You Need To Know 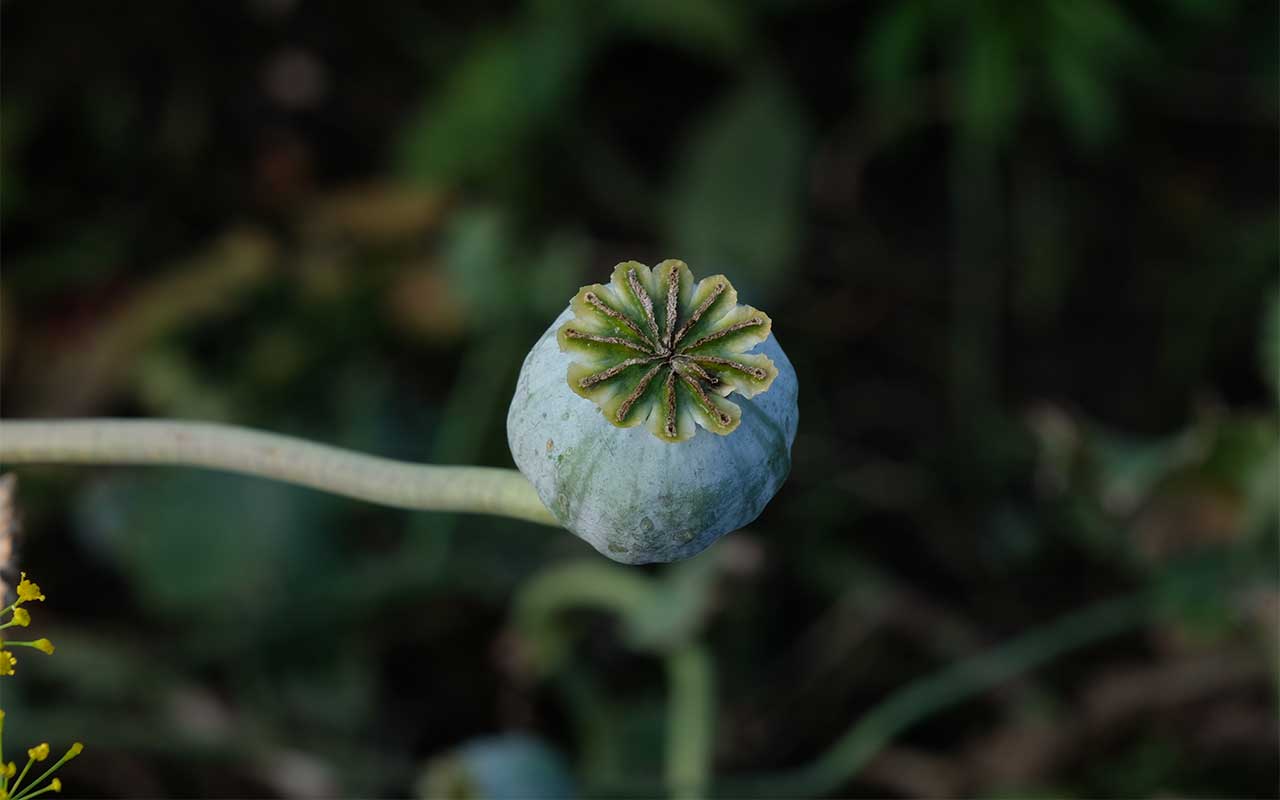 Opioid drugs, sometimes called narcotics, are a class of drugs that attach to specialized opioid receptors in the human brain and nervous system. Depending on the drug this may slow nervous system activity, block pain, induce constipation, and cause euphoria and pleasure.

While most opioid drugs used today are synthesized in laboratories, the first opioids used by humanity came from nature. And many of these opiates, or natural opioids, are still widely used today.

Opium, the compound that gives all other opiates and opioid drugs their name, is a milky liquid taken from the seed bulbs of the opium poppy, Papaver somniferum. These poppy plants are grown mostly in Asia and South America.

Liquid opium “tears” are dried to form a hard, amber-like substance that was formerly smoked or swallowed to treat severe pain and other conditions like insomnia, digestive illnesses, and motion disorders.

Opium is actually a mixture of several opium alkaloids, nitrogen-containing base chemical compounds which have long since been isolated and today are purified from raw opium on an industrial scale.

Today raw opium is rarely, if ever, used in modern medicine.

Morphine, named after Morpheus, the Greek god of dreams, is the first natural opiate drug that was isolated from opium and generally makes up 12% of opium by volume.

Purified morphine gave doctors a much more reliable narcotic drug than natural opium, allowing doctors to measure out doses that would fully relieve pain without risking a dangerous overdose.

Morphine is still used for moderate to severe pain relief today and is administered by mouth or through various forms of injection.

It can also be refined into the illicit street opioid heroin.

Thebaine, also called paramorphine, is the next most abundant opiate found in opium after morphine and makes up 5% of opium by volume. But unlike morphine, thebaine isn’t itself used in medical care and it doesn’t have opioid-like effects on the human body.

Codeine is the next most abundant opiate after thebaine, though it only makes up about 2% of opium.

However, codeine is the single most widely used opioid drug on the planet due to its effectiveness treating mild to moderate pain, coughing, and diarrhea, and large quantities of morphine are modified to create codeine for this reason.

Codeine is often combined or used with non-opioid painkillers like acetaminophen (Tylenol), Ibuprofen (Advil), and aspirin.

Papaverine is the last significant opiate and the least abundant in natural opium. It’s used as a vasodilator to open up blood vessels and increase blood flow in the body. It can also be used as a relaxant to treat conditions related to muscle spasms.

Papaverine does not significantly block pain or cause euphoria.

The last group of natural opioids don’t come from opium, they come from the human body.

When you feel exhilarated or experience an intense feeling of reward or satisfaction, your body is releasing peptides known as endorphins.

These are natural endogenous opioids which bind to your body’s opioid receptors, helping you experience reward, pain relief, pleasure, euphoria, and regulating nervous system function and mood during or after certain activities.

The pleasure and thrill of a runner’s high is a good example.

Abnormal endogenous opioid activity is thought to be a component of depression and/or participation in risky or addictive behaviors. Abusing opioid drugs is also thought to disrupt this natural reward pathway.

In most respects, natural, synthetic, and semi-synthetic opioid drugs are similar, with similar effects that vary in terms of potency, speed of the effect, and length of effect. Synthetic opioids, like fentanyl, do tend to be more potent and potentially more dangerous, however.

Opioids, natural or otherwise, are also potentially habit forming, as the body will develop tolerance and dependence on the drug over time. As such, it is illegal to possess, use, or distribute opioids or opiates outside of official medical use.

Regardless of the opioids involved, opioid use disorder (opioid addiction) is a difficult condition to overcome without structured, compassionate, and experienced professional help.

If you or a loved one lives with problematic opioid dependence, please contact Ark Behavioral Health today.