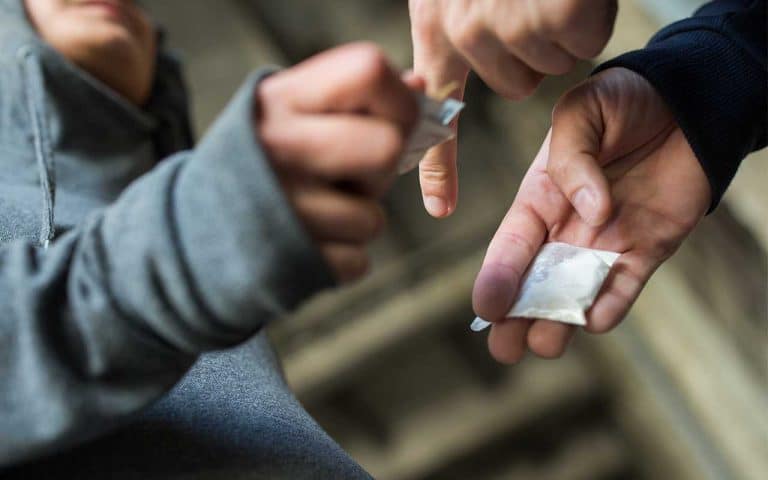 Cocaine is a powerful stimulant drug made from the leaves of the Coca plant.

Cocaine is among the most expensive illegal drugs sold on the street.

The price of cocaine varies depending on numerous factors. The most important factors are location and purity.

As stated above, cocaine comes from coca leaves. The Coca plant grows in South America, primarily Bolivia, Colombia, and Peru.

Due to shipping costs, the farther a buyer is from South America, the more drug traffickers will charge for cocaine. For example, one kilogram of cocaine costs about $1800 in Colombia and up to $34,500 in New York City.

Cocaine often contains a variety of additives. The more additives a drug contains, the less pure it is.

Many drug dealers use additives to increase the weight of a drug so they can charge more than it’s worth. These dealers add substances that resemble powder cocaine, such as:

Other dealers use psychoactive additives to enhance the buyer’s high. They often don’t tell the buyer they’ve added these substances, which may include:

In general, pure cocaine has a higher street value than cocaine with additives.

How Much Is A Kilo Of Cocaine In The United States?

Cocaine comes in two main forms: powder and crack. People make crack cocaine by cooking powder cocaine with water and baking soda, which creates a solid. They then break the solid into small, smokeable rocks.

The Cost Of Cocaine Addiction

No matter where you live or what type of cocaine you use, cocaine addiction is expensive. People who suffer from severe addictions could spend up to $170,000 a year on the drug. They also face a high risk of health problems such as:

Fortunately, recovery is possible at an addiction treatment center.

If you or someone you love struggles with cocaine addiction, please contact an ARK Behavioral Health specialist to learn about our comprehensive treatment options.