How Cocaine Is Made | From Plant To Brick 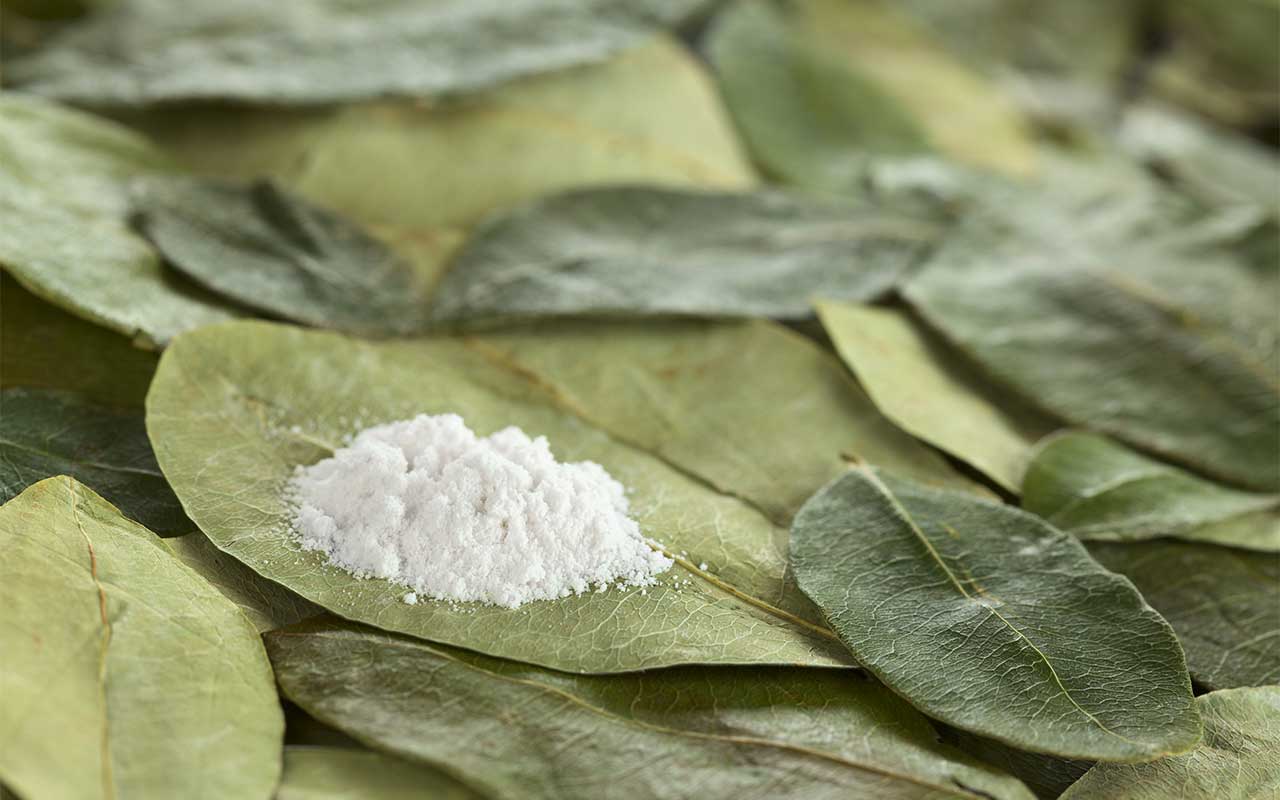 Cocaine hydrochloride (cocaine) is an illicit drug derived from the leaves of the coca plants of South America. The leaves are processed with various harmful chemicals into a white powder, known as cocaine.

Cocaine powder is packaged in kilogram bricks before it is trafficked throughout the world. Cocaine powder can be further processed into crack cocaine, a cheaper but more potent alternative that can be smoked.

How Cocaine Is Made

Cocaine production begins with coca plants native to South America, which is where the majority of cocaine is produced. Coca leaves are processed into coca paste, cocaine base, and finally, cocaine hydrochloride.

Some of the harmful chemicals used in the production of cocaine include:

Growers crush and stir raw coca leaves with water, lime, and kerosene and extract the coca leaf. The kerosene mixture that remains after extracting the leaf contains coca alkaloids and wax from the coca leaves.

The wax is separated by heating and cooling the kerosene mixture. Then, sulfuric acid is added to the mixture to extract cocaine, which produces a liquid solution of cocaine sulfate.

Lime or ammonia is added next, which causes cocaine paste to form. Sulfuric acid is added again, which dissolves the cocaine paste.

Lime or ammonia is reintroduced to the solution, which processes the coca paste into free base. The cocaine free base is then filtered, rinsed, and dried.

Before cocaine is sold to smaller dealers, the following adulterants may be added:

According to the United Nations Office on Drugs and Crime, these adulterants can reduce the purity of cocaine from 80-90 percent to about 30 percent.

Cocaine sold on the street is rarely pure cocaine and street dealers often mix even more additives, in an attempt to increase their profits. These may include talcum powder, cornstarch, or flour, which are difficult to distinguish when mixed with cocaine.

Sometimes amphetamines or fentanyl (opioid) is added, which increases the risk of overdose and addiction.

How Is Crack Cocaine Produced?

Crack cocaine was popularized in the 1980s in the United States as a cheaper alternative to powder cocaine. Because it can be smoked, crack cocaine is a much more potent and highly addictive form of cocaine.

Crack produces its effects within seconds but it wears off much faster than powder cocaine.

Crack is produced by dissolving cocaine powder in water and baking soda (sodium bicarbonate) or ammonia. The mixture is boiled until it forms a hard substance that can be broken into rocks of varying shapes and sizes.

Long-term cocaine use can lead to tolerance, dependence, and addiction. Cocaine addiction is characterized by compulsive use despite negative consequences. Addiction often affects many areas of life and requires comprehensive treatment.

Licensed healthcare professionals will create an individualized treatment plan that targets your needs. You may be able to address the causes of addiction, triggers, cravings, and any underlying mental health issues.

Treatment options that may help you achieve long-term recovery include:

If you would like more information about cocaine addiction treatment programs, please contact Ark Behavioral Health to speak with a specialist.