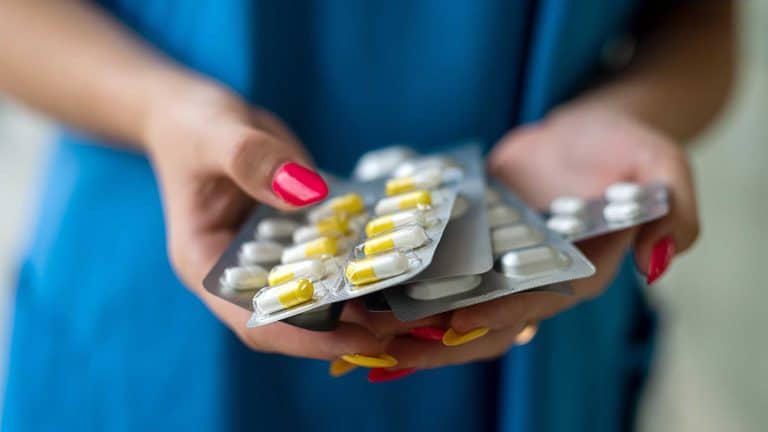 According to the Centers for Disease Control and Prevention (CDC), about 1 out of every 6 people will experience depression at least once. It can affect anyone and can co-occur with other mental health issues like anxiety, suicidal thoughts, and substance use disorder (SUD).

Treatment is vital for those suffering from major depressive disorder and may involve the use of medication alongside therapy. There are several classes of antidepressants, but nowadays doctors prioritize the types that are least likely to cause side effects.

Viibryd, Trintellix, and Spravato are a few of the newest antidepressants on the market.

Antidepressants can cause side effects, especially during the first few weeks of treatment.

Common side-effects of antidepressants include:

Your brain chemistry and type of depression can affect how well you may respond to different medications. Depending on the severity of depression, the benefits of treatment may outweigh the risk of side effects.

SSRIs are among the newest and most commonly prescribed antidepressants. However, a new atypical antidepressant medication has recently been approved by the Food and Drug Administration (FDA).

In the 1950s, tricyclic antidepressants and monoamine oxidase inhibitors (MAOIs) were being introduced as new medications to treat depression. Although these drugs were groundbreaking in their time, they tend to cause several side effects.

As a result, new antidepressants have been introduced over the years.

SSRIs are the most commonly prescribed class of antidepressant drugs and cause fewer side effects than older drugs. SSRIs can also be used to treat mood disorders, anxiety disorders, panic disorders, and obsessive-compulsive disorder (OCD).

The newest SSRIs include Trintellix (vortioxetine) and Viibryd (vilazodone). Both of these medications are classified as both SSRIs and atypical antidepressants.

Sexual dysfunction is one of the most common complaints among people taking antidepressant medications. However, sexual dysfunction was not a common side-effect during clinical trials for both Trintellix and Viibryd.

The most common side-effects of Trintellix and Viibryd include:

SNRIs work similarly to SSRIs but they block the reabsorption of both serotonin and norepinephrine. Norepinephrine is responsible for the body’s response to stress. Low levels of this hormone can affect concentration and energy levels.

Fetzima (levomilnacipran) is one of the newest SNRIs approved by the FDA. One study on the effectiveness of Fetzima on moderate to severe depression found 1 in 4 patients showed significant improvement in symptoms.

Common side-effects of Fetzima may include:

Atypical antidepressants are unique from SSRIs, SNRIs, and other classes of antidepressants. They each work differently to target serotonin, norepinephrine, and dopamine. Although they are effective, they are likely only prescribed if SSRIs have not been successful.

Spravato (esketamine) is one of the newest atypical antidepressants used for treatment-resistant depression.

Side-effects of esketamine may include:

It is made from the drug ketamine and is a controlled substance with the potential for abuse. Ketamine is an anesthetic that has been studied for its effectiveness in treating depression. Esketamine is a potent form of drug that is used in low doses to reduce side effects.

Other atypical antidepressants include:

If you would like more information on how treatment works for depression or substance abuse, please contact us today.