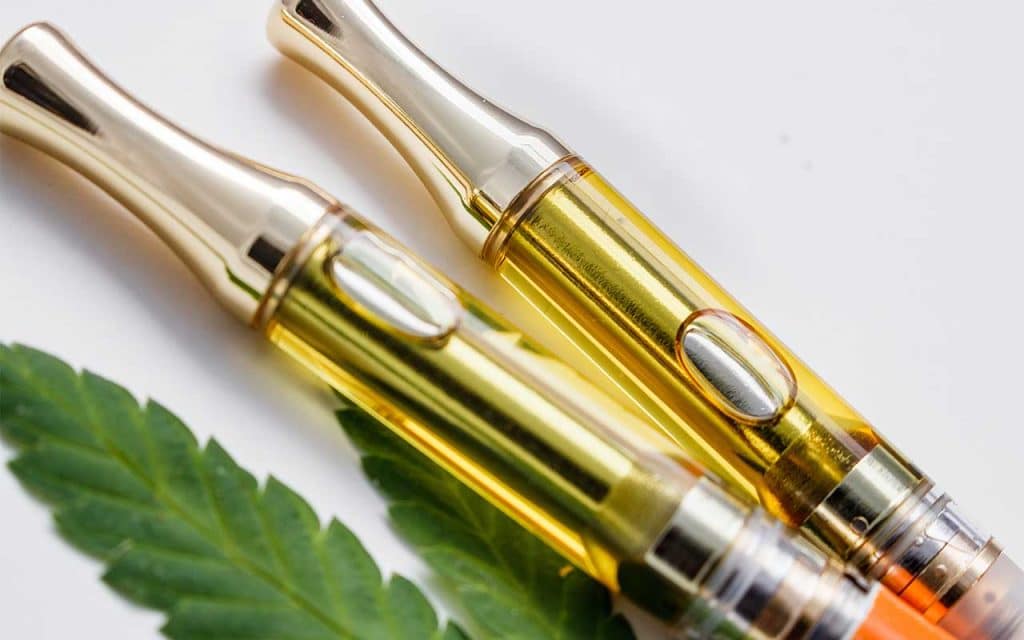 Marijuana is a popular psychoactive drug derived from the marijuana plant, also known as the Cannabis plant. It can cause relaxation and euphoria (intense joy).

In the past, most people who used marijuana either smoked it or mixed it with food to eat. Recently, though, another form of marijuana use has surged in popularity: vaping.

How Do People Vape Marijuana?

To vape marijuana, you need a vaping device, also called a vaporizer or electronic cigarette (or e-cigarette).

These devices may resemble household items, such as pens or flashlights, or tobacco products, such as cigarettes or cigars. They heat substances into an aerosol or vapor that you can inhale.

However, most marijuana vaping devices heat liquid that contains marijuana concentrates. These concentrates contain cannabinoids, which are compounds found in marijuana.

They include cannabidiol (CBD) and tetrahydrocannabinol (THC). CBD can relax you, while THC can make you feel euphoric or “high.”

Some people, especially high school students and young adults, view vaping marijuana as a safer alternative to smoking it.

Indeed, vaping exposes your lungs to fewer toxic particulates than smoking does.

However, vaping is not necessarily safer. In fact, it poses a number of dangers, including:

Since 2019, there’s been an outbreak of EVALI, which stands for e-cigarette or vaping product use-associated lung injury. Common symptoms of this potentially fatal lung illness include:

According to the Centers for Disease Control and Prevention (CDC), most cases of EVALI involve the cannabinoid THC.

They also usually involve the additive Vitamin E acetate. This synthetic form of vitamin E is sometimes used as a thickening agent for marijuana vaping liquid. While it’s typically harmless when taken as a vitamin supplement or applied to the skin, it can harm your lungs when inhaled.

Due to these findings, both the CDC and the United States Food and Drug Administration (FDA) have urged people to not vape products that contain THC or any vaping products from the black market (since you can’t be sure of the ingredients).

Health Problems From Other Ingredients

THC and Vitamin E acetate aren’t the only ingredients you have to worry about. Marijuana vaping products might also contain other dangerous substances, which don’t always appear on the ingredients list. These substances may include:

Side Effects Of Marijuana

Whether you vape, smoke, eat or use marijuana another way, you may experience harmful side effects, usually due to THC.

Marijuana concentrates in vaping liquids have extremely high THC levels that typically range from 40 to 80%. In contrast, the THC levels of marijuana plant materials used for smoking average around 20%.

That means vaping may pose a higher risk of marijuana side effects, which can include:

If you vape marijuana regularly, you may develop marijuana addiction, especially if you’re under 18.

Also called marijuana use disorder, this disease makes you feel unable to stop using the drug, regardless of the consequences. To recover, you may need to attend an addiction treatment program.

If you or a loved one struggles with marijuana use, please reach out to an Ark Behavioral Health specialist to learn about our comprehensive treatment options.