What Are New Psychoactive Substances (NPS)? 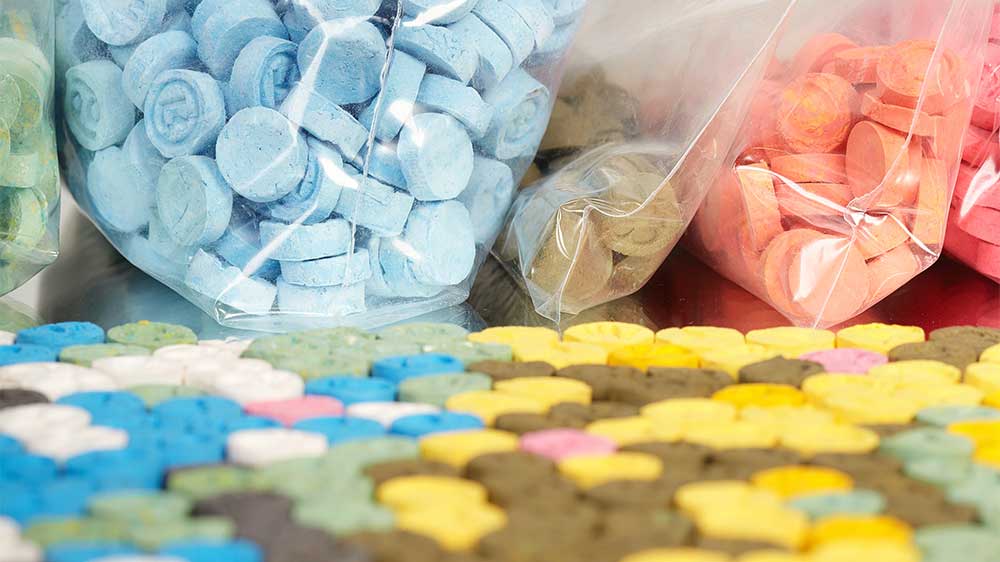 Most people understand the dangers of illegal drugs like heroin, cocaine, and LSD.

What Are New Psychoactive Substances?

New psychoactive substances are drugs designed to mimic the pharmacological effects of controlled substances (including illicit drugs, such as cocaine and MDMA, and prescription drugs, such as opioids and benzodiazepines).

Because they’re new drugs, they’re not listed in the International United Nations Conventions (legal agreements between countries and the United Nations).

That means they’re technically legal and not regulated by law enforcement. In addition, they often can’t be detected by standard drug tests.

Other names for new psychoactive substances include:

Most new psychoactive substances fall under one of the following categories:

Benzodiazepines are depressant drugs that make you feel relaxed. Prescription benzodiazepines (such as Xanax and Klonopin) are used to treat health conditions like anxiety, seizures, and insomnia.

Opioids are substances that relieve pain. Examples include prescription drugs like oxycodone, morphine, and fentanyl as well as the illegal drug heroin.

Novel opioids are opioid derivatives, which means they’re made from existing opioids and have similar effects. In some cases, they’re more potent.

In addition, although it’s not technically a phenethylamine, methoxetamine (MXE) is another NPS with stimulant and hallucinogenic effects. It’s structurally similar to the psychedelic drug ketamine.

Like phenethylamines, piperazines have stimulant effects. They were created as potential antidepressants. Today, drug dealers often sell them as MDMA.

Synthetic cannabinoids mimic the effects of cannabis (also called marijuana). However, they don’t contain tetrahydrocannabinol (THC), which is the main psychoactive ingredient in cannabis.

According to the European Monitoring Centre for Drugs and Drug Addiction (EMCDDA), there are seven main types of synthetic cannabinoids:

Synthetic cathinones are substances made from the khat plant. Often called “bath salts,” they include buphedrone, mephedrone, and methylone.

These drugs can have numerous adverse effects, including paranoia, panic attacks, and agitated, violent behavior.

Some tryptamines are natural brain chemicals, such as serotonin and melatonin. Others are psychedelic drugs like psilocybin (which is found in psilocybin mushrooms, or “shrooms”) and dimethyltryptamine (DMT).

Many NPS are derived from tryptamines. They usually cause changes in your perception, such as hallucinations.

New psychoactive substances are a major public health threat. To stay ahead of the law, drug makers are constantly changing the ingredients in NPS. That means you never know exactly what’s in them or what their psychoactive effects are.

While different substances pose different risks, the most commonly reported effects of NPS include:

In addition, since NPS don’t come with a recommended dosage, they pose a high risk of toxicity and overdose. NPS users face a higher risk of overdose if they have a preexisting physical or mental health condition or if they mix the NPS with alcohol or other drugs.

An overdose can be deadly, especially if the drug contains a dangerous additive such as fentanyl (a synthetic opioid 100 times stronger than morphine).

The Fight Against New Psychoactive Substances

In 2013, the United Nations Office on Drugs and Crime (UNODC) created The UNODC Early Warning Advisory (EWA). This early warning system monitors and reports trends on NPS to support the creation of policies that prevent NPS use.

Also, in 2016, the Parliament of the United Kingdom passed the Psychoactive Substances Act. This act makes it illegal to produce or sell NPS. Around the world, lawmakers continue to develop similar forms of drug policy to help keep NPS off the drug market.

If you or someone you love struggles with the use of NPS, please reach out to an Ark Behavioral Health specialist. Our substance abuse treatment centers offer therapy, medical detox, and other services to help you control your drug use.

How To Detect MDMA

How To Spot Fake Xanax