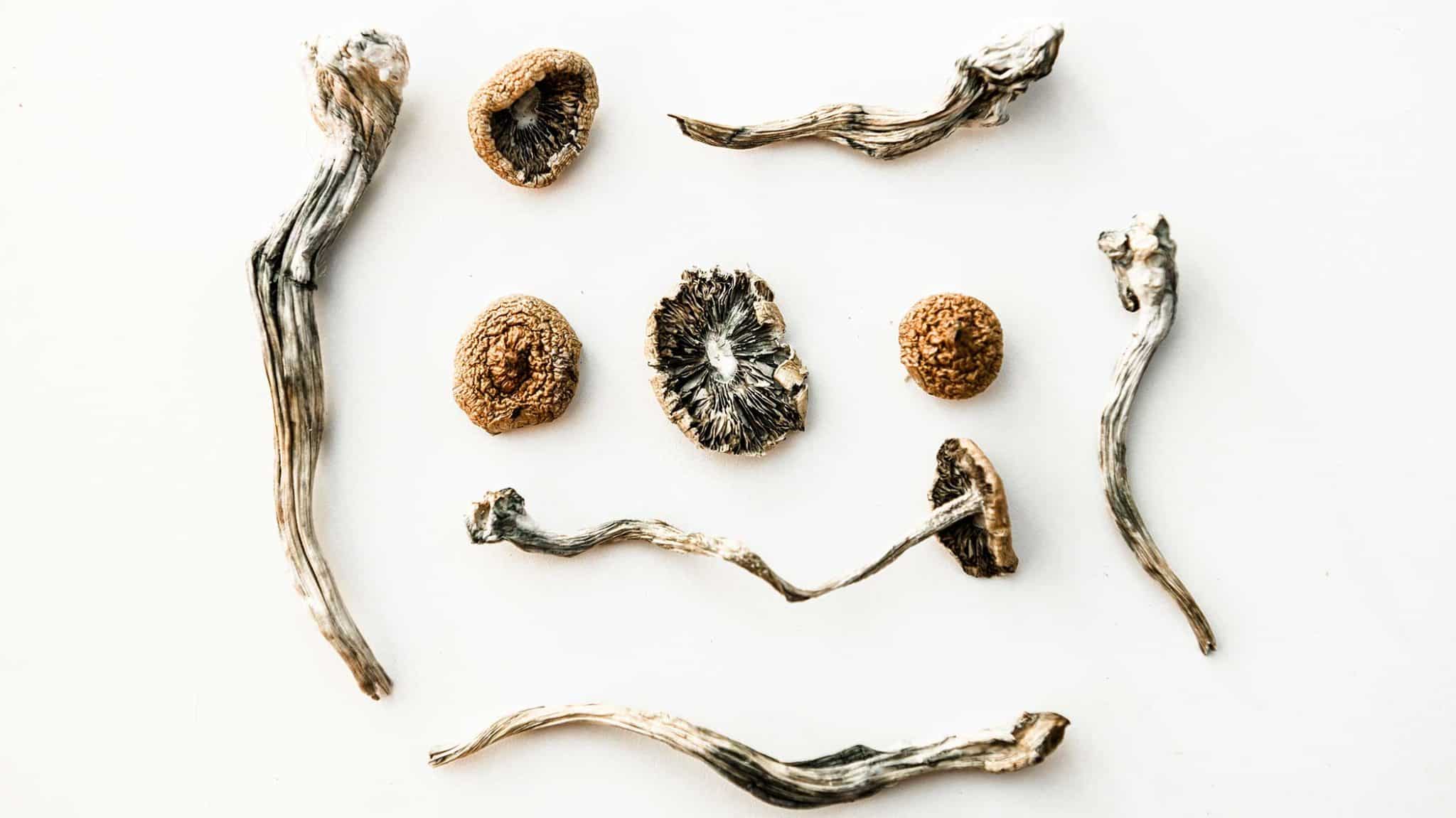 Psilocybin mushrooms are known as “magic mushrooms” or “shrooms.” They are drugs that produce a psychedelic effect, such as heightened senses and visual or auditory hallucinations.

Many people think psilocybin mushrooms are perfectly safe, but they can be dangerous. As with other recreational drugs, shrooms may cause addiction and can be harmful to your health.

Most people abuse hallucinogenic mushrooms by eating them raw or dried. They can be consumed alone, brewed into tea, or added to food. Crushing dried mushrooms into powder to take in a capsule is another method of abuse that’s less common.

Shrooms take effect quickly—within 10 to 30 minutes after ingestion. Once they’re in your body, the psilocybin converts to psilocin, which causes psychedelic effects that can usually last four to six hours. The medical literature notes lingering effects from psilocybin use may last for a week to a month or so after consumption of a single high dose.

The high from psilocybin mushrooms might make you see colors and light more brightly. You might feel like your senses are mixed up—you’re seeing sounds or hearing colors. Hallucinations of surreal images, an altered sense of time and body image, and losing touch with reality may also occur.

There are more than 100 species of mushrooms that contain psilocybin, They can be found in Mexico, Central America, South America, the American Pacific Northwest, the American Southwest, and Florida.

Because of the wide variety of mushrooms that exist, it’s not hard to mistake a toxic mushroom for a psilocybin-containing mushroom. In rare instances, that mistake can be fatal.

Side Effects Of Psilocybin Mushrooms

Magic mushrooms have side effects that aren’t all pleasant. They’re most likely to occur with high doses of psilocybin.

Side effects of psilocybin mushrooms may include:

Some people respond adversely to shrooms and may have a “bad trip,” especially if they have existing mental health issues, take a high dose of shrooms, or take shrooms with other drugs. A bad trip can make you feel anxious, afraid, agitated, confused, paranoid, and like you’ve lost touch with reality. It can also cause a panic attack, where you feel like you’re losing control, going crazy, or dying.

Psilocybin mushrooms can have long-term health consequences if abused repeatedly or at high doses. These consequences can include flashbacks from good or bad trips, long-lasting visual disturbances, and the development of psychotic disorders.

Can You Overdose On Psilocybin Mushrooms?

Generally, psilocybin mushrooms have low toxicity and a low risk of overdose. However, it’s not hard to mistake a toxic mushroom for a psilocybin-containing mushroom. Taking too many toxic mushrooms can lead to organ damage and even death if proper medical treatment is delayed.

Overdose on psilocybin mushrooms alone is rare. You’re more likely to overdose if you have an underlying health condition and if you mix them with other drugs like cannabis.

If you take crushed mushrooms in capsules, they could be adulterated with dangerous substances that cause an overdose. Since psilocybin mushrooms are illegal drugs, they’re unregulated. Some dealers add other drugs to stretch their supply or produce different effects.

The U.S. Drug Enforcement Administration (DEA) classifies psilocybin as a Schedule I drug under the controlled substances act. It’s not approved for medical use and has a high potential for abuse. However, the prevalence of abuse and serious adverse events associated with psilocybin and other classic psychedelics are relatively low compared to other major classes of abused drugs.

Other psychedelic drugs—like LSD (acid), MDMA (ecstasy), and peyote—are in this category too.

You can build a tolerance (meaning your body responds less to the drug over time) with regular use of psilocybin. When you take a drug repeatedly, your brain adapts to its effects, which can make you more likely to take it again.

If you use other hallucinogenic drugs like LSD along with mushrooms, you may develop a tolerance to psilocybin more quickly.

With heavy psilocybin use, you might experience cravings for the drug, mood swings, and difficulty discerning the difference between reality and fantasy.

If you’re struggling with psilocybin mushroom abuse and disconnection from reality, there are treatment options that can help.

Most treatment programs are rooted in psychotherapy, which works to resolve issues that lead to drug abuse. Treatment may also include exercise, meditation, and art therapy. The goal is to teach you how to replace drug use with healthy activities.

How Long Do Shrooms Stay In Your System?

Learn more about How Long Do Shrooms Stay In Your System