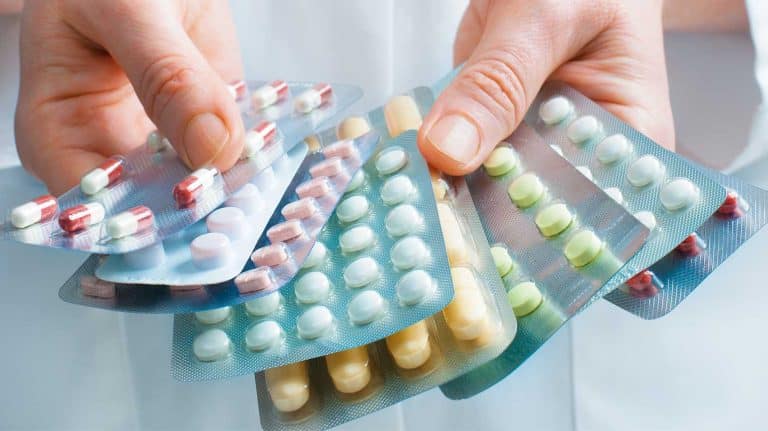 Selective serotonin reuptake inhibitors, or SSRIs, are commonly used in the treatment of depression‘. SSRIs have high prescription numbers and success rates, but they may not work for everyone.

Some people may be concerned about the serious side effects of SSRIs. If you are taking SSRIs and feel like your depressive symptoms have not improved, you could look for other options with your doctor.

SSRIs are among the most popular antidepressant medications, but they are not the only ones. Doctors may suggest alternative options if you are looking for SSRIs to treat depression. Here are seven.

Serotonin-norepinephrine reuptake inhibitors, or SNRIs, can also be used to treat major depressive disorder. They affect norepinephrine and serotonin levels in the body. Norepinephrine is a neurotransmitter that controls heart rate, blood pressure, and blood sugar levels.

Pristiq (desvenlafaxine), Cymbalta (duloxetine), and Effexor (venlafaxine) are common SNRIs available as prescriptions. Bupropion is another SNRI formerly available as Wellbutrin, but generic versions of bupropion can still be found.

SNRIs can cause health problems like an increased risk of bleeding, fatigue, a loss of appetite, and insomnia. SNRIs also share some side effects with SSRIs.

For patients with severe depression, antipsychotic medications can be an effective treatment against depressive symptoms. Antipsychotics can either increase dopamine, or a combination of dopamine and serotonin.

Dopamine and serotonin are both connected to your mood, as they control reward, motivation, cognition, and feelings of well-being.

Antipsychotics are also prescribed to treat bipolar disorder, schizophrenia, and similar psychotic disorders. They may not always be a doctor’s first choice in treating depression. Antipsychotics may also be prescribed alongside SSRIs.

Like SNRIs, TCAs affect serotonin and norepinephrine. Unlike SNRIs, TCAs also affect acetylcholine and histamine, chemicals that control other parts of the nervous system.

Benzodiazepines have historically been the first option in treating anxiety. They are sometimes used as a temporary treatment for major depression. A patient taking SSRIs for depression or anxiety may also have benzodiazepines as a treatment option.

Benzodiazepines are only effective in the short-term. Taking benzodiazepines for more than a few months at a time can lead to serious long-term side effects. Benzodiazepine prescriptions have decreased over time as their dangers and abuse potential became more well-known.

Ketamine is a fairly new treatment for symptoms of depression. While other antidepressants may take days or weeks to start working, studies show that ketamine reduces depressive symptoms quickly and effectively.

A nasal spray version of ketamine called esketamine was approved by the FDA in 2019. Due to the strength and rapid action of esketamine, it is likely not the first choice for clinicians to prescribe.

Patients who receive a ketamine prescription may have more severe depression, where other medications were not as effective.

Patients who struggle with suicidal thoughts and people who are allergic to medications may benefit from psychotherapy.

Psychotherapy can be effective in treating depression. Psychotherapy is any form of therapy that involves talking with a mental health professional.

Cognitive-behavioral therapy, or CBT, focuses on identifying possible causes of depression and finding ways to change your behavior to work against depression. CBT can be effective when combined with medication or on its own.

Other forms of psychotherapy that can treat depression include mindfulness, dialectical behavioral therapy (DBT), and interpersonal psychotherapy.

Exercise can release endorphins, improve brain function, and increase heart rate for a short period of time. These changes can all improve mental health and reduce depressive symptoms.

The type of exercise that works best against depression likely varies from person to person.

Many substances that are used to treat depression are potent and can cause a number of effects even when taken properly. Patients with depression have a higher risk of substance abuse. Medication that is prescribed to help patients may end up hurting them if it is taken improperly.