Effects Of Alcohol Use & Abuse On Pregnancy 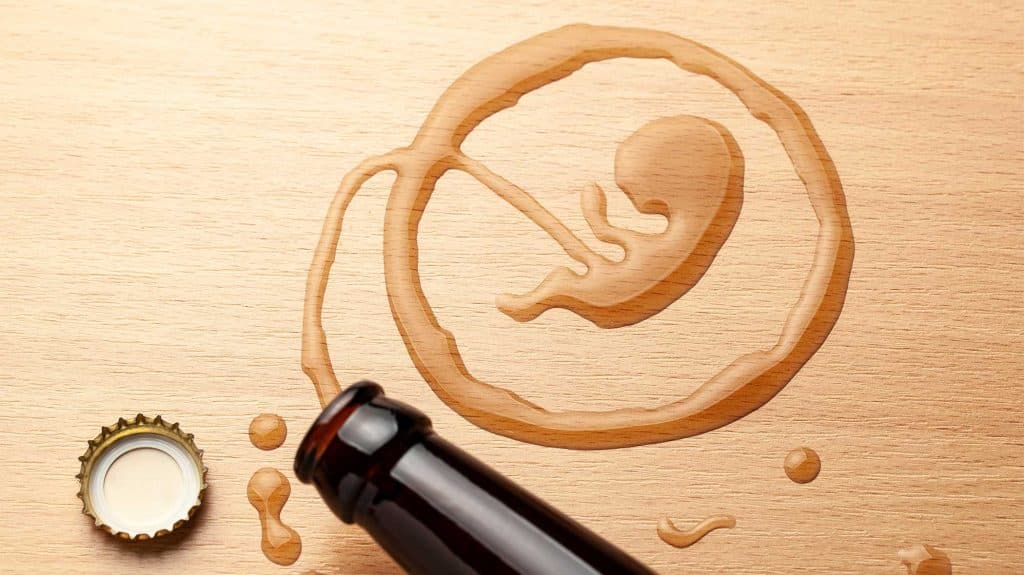 In addition, when you’re pregnant, drinking alcohol may harm your developing fetus.

Effects Of Drinking Alcohol During Pregnancy

During pregnancy, a placenta develops in your uterus and provides your developing baby with oxygen and nutrients.

If you drink alcohol, the drug will pass through the placenta and umbilical cord into your baby’s bloodstream.

The body of a developing baby can’t process alcohol as quickly as an adult body. Thus, the baby’s blood alcohol concentration (the amount of alcohol in the bloodstream) remains high for a long time.

This type of prenatal alcohol exposure can lead to the following issues:

Miscarriage occurs when a developing baby dies before the 20th week of pregnancy.

A stillbirth occurs when a developing baby dies after the 20th week of pregnancy.

Premature birth occurs when a baby is born before the 37th week of pregnancy. Premature babies may experience health concerns such as breathing problems, digestive problems, and developmental delays.

Sudden infant death syndrome (SIDS) refers to the sudden, unexplained death of an infant under 1-year-old.

Fetal alcohol spectrum disorders (FASDs) are disorders that can cause a range of birth defects and developmental disabilities, including:

Fetal alcohol spectrum disorders have no cure. However, they can be managed with behavior and education therapy, medicines, and parent training.

How Much Alcohol Is Dangerous For Pregnant Women?

There is no safe amount of alcohol for a pregnant woman. Even a single glass of wine or can of beer can damage a developing baby.

However, the risk of damage increases if the woman engages in binge drinking.

According to the National Institute on Alcohol Abuse and Alcoholism (NIAAA), binge drinking occurs when you drink to the point where your blood alcohol concentration reaches 0.08%. For most women, this occurs after having four or more drinks in about two hours.

In addition, a pregnant woman who has more than 3 drinks per day or more than 7 drinks per week (also called heavy alcohol use) is more likely to have a baby with fetal alcohol syndrome.

The NIAAA defines a “drink” as any beverage that contains about 14 grams of pure alcohol. This amount of alcohol appears in:

When Is Alcohol Most Dangerous For Pregnant Women?

Alcohol can cause problems at any time in your pregnancy.

What Types Of Alcohol Are Most Dangerous For Pregnant Women?

All types of alcohol, including beer, wine, and distilled spirits, are equally harmful to a developing baby.

How To Have A Healthy Pregnancy

If you’re pregnant, trying to become pregnant, or thinking you might be pregnant, avoid alcohol altogether. If you’re already drinking, stop as soon as possible.

If you feel unable to stop drinking alcohol, you may have an alcohol use disorder (also called addiction). The most common signs of this disease are tolerance and physical dependence.

Tolerance means you need increasingly larger or more frequent drinks to feel the effects of alcohol. Physical dependence means your body relies on alcohol to function. If you don’t drink, you may experience withdrawal symptoms like anxiety, sweating, or trouble sleeping.

If you think you have alcohol use disorder, find an alcohol abuse treatment program.

There, a team of health care providers can help you stop drinking via therapy, medical detox, and other recovery-focused services. You can also attend support groups, such as Alcoholics Anonymous, where you can connect with other people recovering from alcohol abuse.

Effects Of Alcohol On The Brain

Effects Of Alcohol On Your Body