10 Harmful Effects Of Alcohol On The Brain 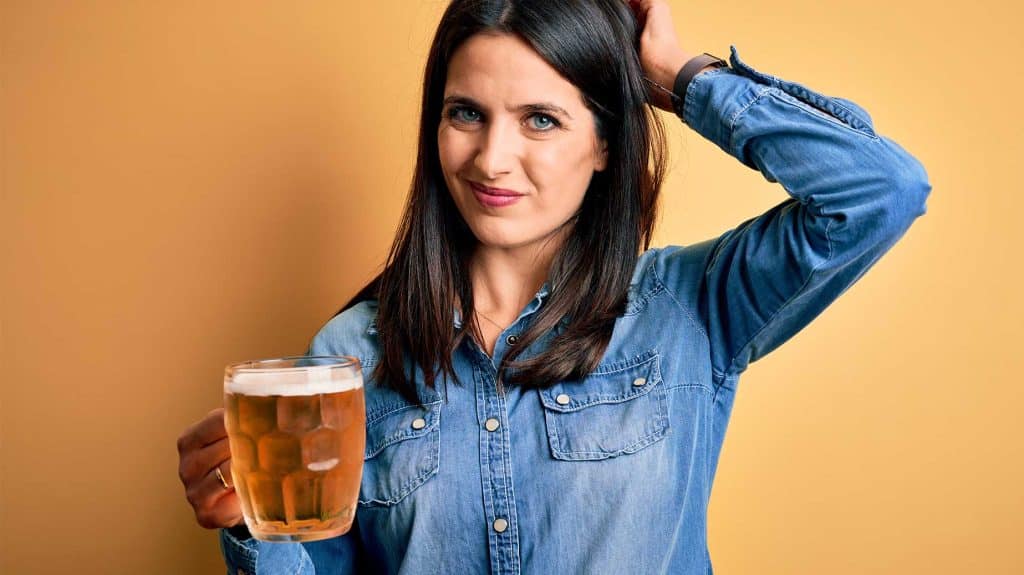 Like many drugs, alcohol can wreak havoc on your brain. As a central nervous system depressant, it slows down communication between neurons (brain cells).

This slow down can cause immediate side effects such as blurry vision, slurred speech, trouble walking, memory impairment, and slowed reaction times.

These symptoms are likely to fade once you become sober. However, alcohol can also have longer-lasting effects on your brain.

After a night of binge drinking alcohol, you might not remember everything that happened. This is called an alcohol-related blackout.

Blackouts occur when alcohol affects a part of the brain called the hippocampus.

The hippocampus is responsible for turning short-term memories into long-term memories. Alcohol can disrupt this process, especially when you drink a large amount of alcohol in a short amount of time.

According to the National Institute on Alcohol Abuse and Alcoholism (NIAAA), women seem to face a higher risk of alcohol-related blackouts than men.

While alcohol may cheer you up at first, it can ultimately lead to or worsen depression.

That’s because it lowers your brain’s supply of serotonin and norepinephrine. These neurotransmitters (brain chemicals) help regulate your mood. When your brain lacks them, you may experience depressive symptoms such as:

Psychosis is a condition in which you temporarily lose touch with reality. Symptoms include anxiety, hallucinations (hearing, seeing, or feeling things that aren’t there), and delusions (holding beliefs that have no basis in reality).

Long-term alcohol abuse may cause psychosis by impacting your brain’s neural receptors (molecules that receive messages from brain cells).

Some people experience alcohol-induced psychosis during a period of heavy drinking. Others experience it as a withdrawal symptom upon quitting alcohol.

When you regularly drink a lot of alcohol, your brain gets accustomed to being in a slow, depressed state. If you stop drinking, your brain must readjust to its normal state. During the readjustment period, you may experience a severe form of withdrawal called delirium tremens.

Common symptoms of delirium tremens include:

For instance, you may struggle to learn new information or recall old information.

In general, the more alcohol you drink, the more likely you are to experience brain shrinkage.

Up to 80 percent of people with alcohol use disorder (also called alcohol addiction) have thiamine deficiency. Thiamine, also called vitamin B1, is an essential nutrient that helps turn food into energy for your brain and nervous system.

When you lack thiamine, you may develop a form of dementia called Wernicke–Korsakoff syndrome.

This syndrome consists of two separate conditions: Wernicke encephalopathy, which causes brain damage, and Korsakoff syndrome, which results from damage to certain parts of the brain.

Common symptoms of Wernicke-Korsakoff syndrome include:

Alcohol abuse can cause severe liver damage. A damaged liver can’t remove toxins (such as ammonia) from your blood. The toxins may then travel to your brain and harm your brain cells, causing a nervous system disorder called hepatic encephalopathy.

This disorder causes symptoms such as:

A stroke occurs when your brain doesn’t receive enough blood. Alcohol can cause a number of problems that prevent blood from reaching your brain, such as:

Learn more about Alcohol Consumption & The Risk Of Stroke

Heavy drinkers face an increased risk of TBI. That’s because alcohol impairs your judgment. With poor judgment, you’re more likely to encounter dangerous situations (such as car crashes, falls, and fights) that can lead to a TBI.

If you drink alcohol while pregnant, the drug can affect your child’s brain development. For instance, it can cause certain brain cells to die prematurely and prevent others from moving to the right areas of the brain.

To avoid or reduce alcohol’s effects on the brain, you must limit your alcohol consumption.

If you feel unable to do so, please contact an Ark Behavioral Health specialist. We provide comprehensive substance abuse and addiction treatment services, including medical detox, mental health counseling, and support groups.

No, alcohol doesn’t directly kill brain cells. However, excessive use of alcohol can damage neurons that transmit signals to other neurons in the brain.

As a result, alcohol can cause a number of other problems with the brain including memory loss, vitamin deficiencies, and brain disorders.

Is There A Link Between Alcohol & Dementia?

Long-term heavy drinking can cause alcohol-related brain damage, which increases the risk of dementia. Dementia causes problems with memory and cognition and interferes with quality of life.

The type of dementia most commonly associated with alcohol misuse is known as Wernicke-Korsakoff syndrome. It can cause severe memory loss and the inability to learn new information.

Learn more about The Link Between Alcohol & Dementia

Alcohol abuse is linked to several forms of memory loss, including blackouts, Wernicke-Korsakoff syndrome, brain damage, and even Alzheimer’s disease.

Learn more about Alcohol Use & Memory