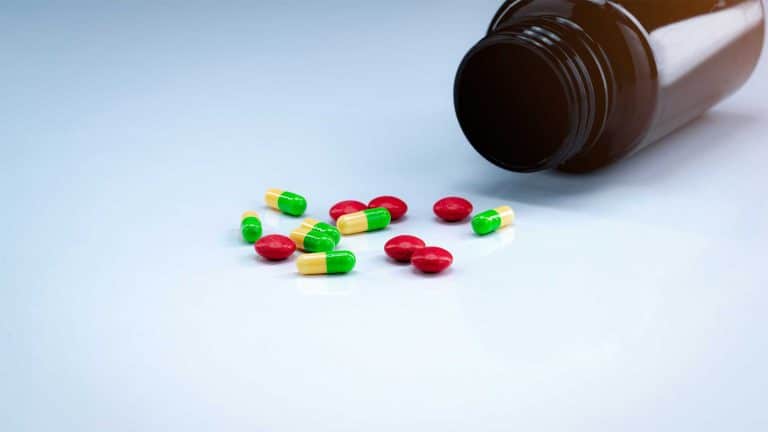 The Schedule IV drug Tramadol, sold under the brand names Ultram and ConZip, is a synthetic analogue of codeine and may be considered an opioid narcotic, opioid agonist, or centrally acting analgesic medication.

However, there are certain unique risks associated with the use of tramadol, particularly the risk of dangerous drug interactions and adverse effects with some substances.

Tramadol’s active metabolite, desmetramadol, is a weak opioid agonist. This means that it binds to opioid receptors in the brain and central nervous system (CNS) to reduce mental and physical activity and provide pain relief.

Tramadol also acts as a serotonin-norepinephrine reuptake inhibitor, meaning that it increases the activity of the neurotransmitters serotonin and norepinephrine in the synapses of the brain.

This effect contributes to the drug’s ability to relieve pain and may help alleviate symptoms related to depression or mood disorders.

However, if too much serotonin builds up, usually as a result of taking a combination of serotonergic medications, it can lead to serotonin syndrome and serious side effects including:

Healthcare professionals advise that tramadol should not be taken with a number of other uncontrolled and controlled substances, including:

Opioids like oxycodone work by binding to opioid receptors in the synapses of the brain, changing how the CNS responds to pain.

In high doses, opioid drugs are misused to induce euphoria, though overdoses can lead to stopped or shallow breathing due to respiratory depression.

Even though Tramadol is weak when compared with other opioid medications, it can still contribute to dangerous and potentially life-threatening opioid overdoses if used in combination with stronger narcotic pain medications.

Note that the opioid antidote naloxone is not effective at alleviating the symptoms of serotonin syndrome.

Both tramadol and benzodiazepines are CNS depressants, and concomitant use increases the risk of sedation and breathing problems.

Drinking alcohol while taking tramadol increases the risk of life-threatening side effects. Like benzodiazepines, alcohol is also a central nervous system depressant. Mixing tramadol and alcohol can slow down breathing to dangerous levels.

These drugs work by limiting the reabsorption of serotonin. This increases serotonin (but not norepinephrine) activity in the synapses. SSRIs are typically used as antidepressants, with healthcare providers prescribing them in the treatment of major depression or anxiety disorders.

FDA-approved SSRIs for the treatment of depression include citalopram, escitalopram, fluoxetine, paroxetine, and sertraline.

SNRIs (including tramadol) are less used than SSRIs and work as monoamine reuptake inhibitors, blocking the reabsorption of both serotonin and norepinephrine.

For many years TCAs were the first-line medication used to treat depressive disorders, though today they have been largely replaced by SSRIs and SNRIs.

MAOIs are a class of drugs widely used as antidepressants before the development of TCAs and SSRIs. FDA-approved MAOIs include phenelzine, selegiline, and tranylcypromine.

Triptans are a class of drugs used to treat migraines and cluster headaches by stimulating serotonin receptors in the brain, with a number of secondary effects.

Dextromethorphan is a cough suppressant in over-the-counter cold and cough medications and, in combination with quinidine, to treat uncontrollable laughter or crying.

St. John’s Wort is a flowering plant that has long been used as an herbal cure for depression and menopause discomfort, among other uses.

Unfortunately, allergic reactions and side effects are common, and St. John’s Wort is known to interfere with the effects of many prescription drugs and cause adverse reactions with drugs including tramadol.

Side Effects Of Tramadol Abuse

When used in higher doses or along with other substances to increase euphoria, tramadol can lead to more side effects that may include:

If you continuously use tramadol along with other prescription drugs or alcohol, you may struggle with polysubstance abuse or abuse more than one substance at once.

Addiction treatment programs are well-suited to address polysubstance abuse because they are tailored to your individual needs. To learn more about our treatment centers, please connect with us today.