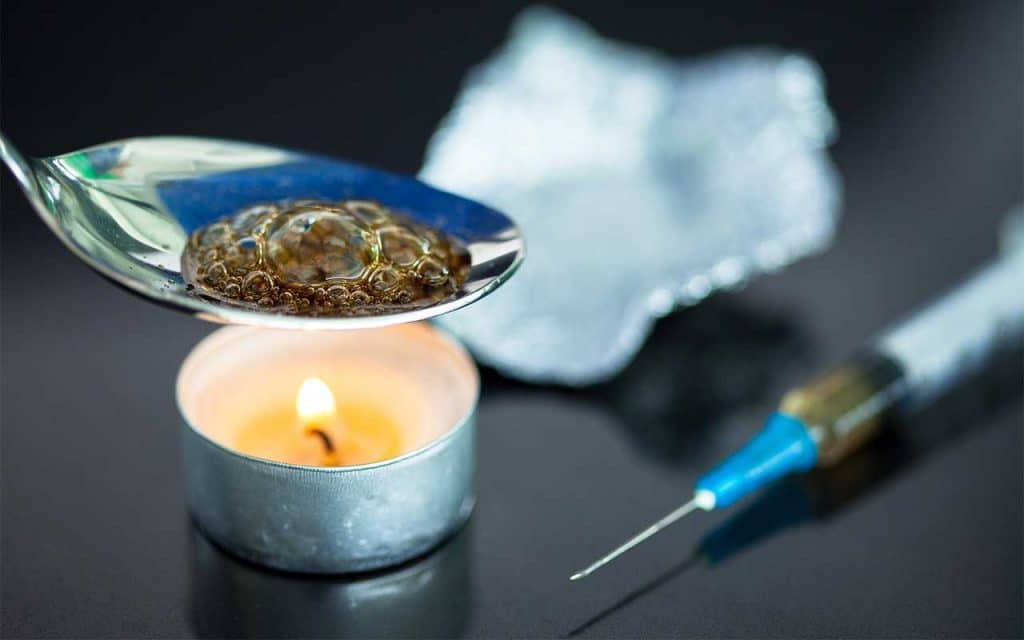 In the United States, a surge in heroin overdose deaths beginning in 2010 represented a new and deadly stage of the opioid epidemic.

More than a decade later, heroin continues to be widely abused in communities across the United States. However, heroin is rarely taken orally and those who use heroin typically have certain items or tools, known as paraphernalia, which are used to take the drug.

Note that many of the following examples of drug paraphernalia can be used to take any number of different illicit drugs, and not just heroin exclusively.

Injecting heroin involves using a metal surface, often a metal spoon or bottle cap, to hold the drug while it is heated and liquified.

Spoons may go missing if they are being used to cook heroin, and if found these spoons will likely be tarnished or stained by the heating process.

Once powder heroin is liquified and mixed with water, the drug is loaded into hypodermic needles and syringes which are used to inject the drug, often through an improvised filter like a cigarette filter or cotton ball. This delivers the full dose of the drug directly into the bloodstream.

A variety of different needles may be used to inject heroin, with varying measures taken to sterilize the equipment and prevent communicating diseases before or after use.

Smoking heroin is sometimes called ‘chasing the dragon’, and instead of spoons or other implements, sheets of tin foil are used to hold the drug as it is heated, liquified, and then vaporized.

The fumes are then inhaled using a tube or straw, introducing the drug to the bloodstream through the lungs, resulting in a high.

These tinfoil sheets, and sometimes foil gum wrappers, will be heavily worn and burned after use.

A wide variety of other items may be used to take heroin in one form or another. These items often include:

Other Signs Of Heroin Abuse

Other physical or behavioral signs that a loved one is abusing heroin include:

While drug paraphernalia is not illegal to possess, providing or selling these items is illegal according to U.S. Code Title 21 Section 863.

While the penalties related to selling drug paraphernalia are generally less severe than for those associated with possessing or trafficking the drugs themselves, they can still amount to up to three years imprisonment and fines.

If you or a loved one suffers from heroin use disorder or any other form of substance use, please contact Ark Behavioral Health today.

Our programs are designed to help you work through withdrawal symptoms and detox safely while making meaningful changes for long-term recovery.

The History Of Heroin