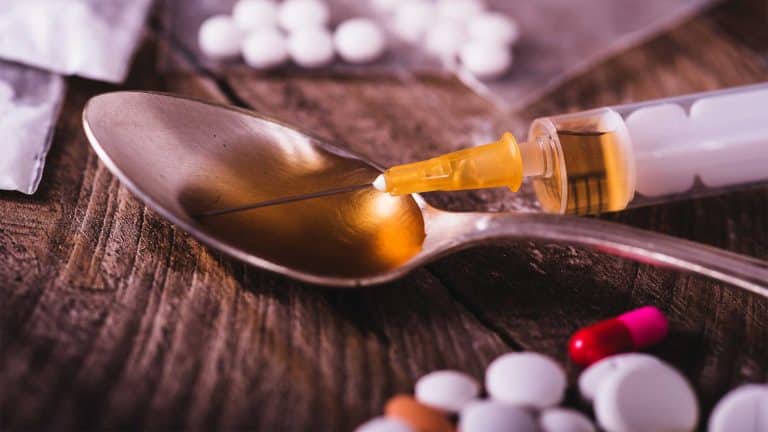 Few studies have looked at how benzodiazepines and heroin interact in the body. However, the negative effects of benzodiazepines and prescription opioids are well-known. Since heroin has a similar structure to other opioids, heroin may have similar dangers when mixed with benzos.

In 2017, over 17 percent of heroin overdose deaths also involved benzodiazepines. Other recent data reports that a large percentage of people who take heroin also abuse benzodiazepines.

Most studies about benzodiazepines and opioids look at prescription opioid drugs, such as oxycodone or methadone. There are many statistics about heroin and benzodiazepine polydrug abuse, but not many studies on what happens when the two are in the body at the same time.

Heroin binds to many of the same receptors as prescription opioids. Benzodiazepines and opioids are known to cause severe central nervous system (CNS) depression when mixed, so many of these depressant effects may also apply to heroin.

Potential side effects of both substances include:

Benzodiazepine types are more similar to each other than opioid types. The effects of benzos and heroin are likely to be similar whether you are taking Xanax (alprazolam), Valium (diazepam), Ativan (lorazepam), or another prescription benzo.

While benzodiazepines are controlled substances, heroin is an illicit drug. It can be possible to keep heroin use a secret from your clinician or healthcare provider. They may end up prescribing you benzodiazepines without being aware of the danger presented by heroin use.

Talking to your doctor about your history of drug use can be good for your health in the long term. You can find out if you are at risk for dangerous drug interactions, or if you can benefit from addiction treatment.

Respiratory depression, or severely slowed breathing, is one of the most common signs of opioid overdose. When opioids or opiates are mixed with benzodiazepines, your risk of overdose may increase significantly.

Respiratory depression can lead to hypoxia, which is a lack of oxygen in the tissues. Hypoxia is one reason fatal overdoses from opioids are common.

Other symptoms of opioid overdose include unconsciousness, clammy skin, and coma. If you or a loved one are going through these symptoms while on heroin, call for help right away.

Several studies show that mixing heroin and benzodiazepines is common. One study from Malaysia reported over 75% of people who abused heroin also abused benzodiazepines over the same period of time.

Both benzodiazepines and heroin can be habit-forming. They may be abused for a more intense “high,” and dependence on both substances is often reported. Abusing both substances for a long period of time may be a sign of a substance use disorder (SUD).

Substance use disorders are serious mental health problems that include drug addiction and dependence. Benzodiazepines and heroin can lead to SUDs, whether they are taken alone or together.

Benzodiazepines have been widely prescribed for decades. Heroin has been a popular illicit drug for a long time. The danger of mixing these substances remains high, which can lead to severe short- and long-term health effects.

To find a substance abuse treatment program that works for you, please call our helpline today.

What Happens When You Mix Heroin & Ativan?

When a benzodiazepine such as Ativan is combined with an opioid such as heroin, dangerous side effects can occur such as accidental overdoses, coma, and death. This is because both heroin and Ativan depress the central nervous system (CNS) and slow down breathing.