What Is Considered Liquor? | Popular Types Of Liquor 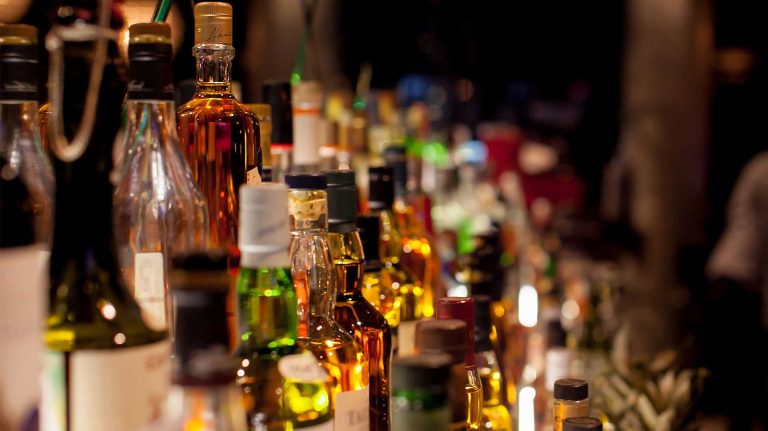 Liquor is among the most popular types of alcohol. It has a greater alcohol content than other alcoholic drinks, which means it poses a high risk of abuse and addiction.

If you or someone you love struggles with liquor abuse, recovery is possible.

The distillation process involves heating alcohol to create a vapor and then condensing it back into a liquid. This process removes excess water from the drink and increases its alcohol content.

The alcohol content is measured in alcohol by volume (ABV). While beer has about 5% ABV, liquor generally has about 40% ABV. However, ABV can vary depending on the type of liquor. Popular types of liquor include:

Brandy is made from wine or fruit juice. It’s available in different varieties, including Armagnac and Cognac. It typically contains between 35% and 60% ABV.

Originating in the West Indies, rum is made from sugarcane molasses or sugarcane juice. It has between 36% and 50% ABV.

Tequila is made from the blue agave plant, which is native to Mexico. It has between 35% and 55% ABV.

Made from juniper berries, gin originated in Europe. It has between 35% and 55% ABV.

Vodka is made from grains, potatoes, fruits, or sugars. It originated in Russia, Poland, and Sweden. It has between 35% and 95% ABV.

Whiskey (also spelled whisky) is made from grains such as wheat, barley, or rye. It has between 40% and 50% ABV.

Scotch is a type of whiskey that originated in Scotland. It’s made from malted barley, wheat, or rye. The drink’s ABV can range between 40% and 94.8%.

Liqueurs are liquors that contain added sugar and other sweeteners and flavorings. Popular liqueurs include amaretto, campari, and kahlúa.

Like liqueurs, flavored liquors are liquors that contain flavorings. Unlike liqueurs, they contain little to no added sugar.

A mixed drink is a drink that combines at least two different flavors or ingredients. Most mixed drinks feature liquor, liqueur, or flavored liquor. Popular mixed drinks include:

What Is Liquor Abuse?

A person who struggles with liquor abuse may:

Like other types of alcohol, liquor impairs your judgment and ability to think clearly. That’s why people who abuse liquor may:

In addition, long-term liquor abuse can lead to health problems such as:

It can also lead to alcohol use disorder (also called alcohol addiction). This disease makes you feel unable to control your alcohol use. It’s usually accompanied by tolerance and physical dependence.

Tolerance means you need increasingly larger or more frequent drinks to feel the desired effects. Physical dependence means your body requires alcohol to function normally. Without it, you may experience withdrawal symptoms such as:

To recover from liquor abuse or addiction, you should attend a substance abuse treatment center. Most centers offer both inpatient and outpatient treatment programs. Talk to your doctor to determine which type of program is right for you.

Whether inpatient or outpatient, most treatment programs offer the following services:

To learn more about treatment options for liquor abuse and addiction, please reach out to an Ark Behavioral Health specialist. We provide comprehensive treatment services to help you achieve and maintain recovery.

How Much Liquor Is In A Drink?

According to the NIAAA, one standard drink contains 14 grams of pure alcohol. This is the equivalent of 0.6 fluid ounces. For liquor, one drink is 1.5 ounces of 80 proof alcohol.

Is Beer Or Liquor Stronger?

Is There A Difference Between Liquor & Alcohol?

The key difference between liquor and alcohol is that liquor only refers to distilled alcohol like tequila or vodka. Alcohol refers to the liquid organic compound found in both distilled and undistilled drinks like beer or wine.

To learn more, read Is There A Difference Between Liquor & Alcohol?

How Much Hard Liquor Does It Take To Get Drunk?

In general, you’re considered drunk when your blood alcohol concentration (the amount of alcohol in your bloodstream) reaches 0.08%. Most people reach this concentration after consuming three or four shots of hard liquor. A “shot” is about 1.5 ounces.

However, the exact amount of hard liquor it takes to get drunk depends on personal factors, such as:

To learn more, read How Much Hard Liquor Does It Take To Get Drunk?

When Was Alcohol Illegal?

The manufacture, transport, and sale of alcohol were illegal in the United States between 1920 and 1933, a period is known as Prohibition.

Learn more about Prohibition In The United States